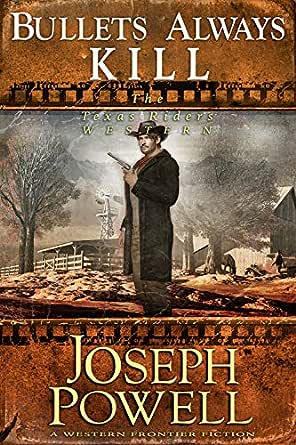 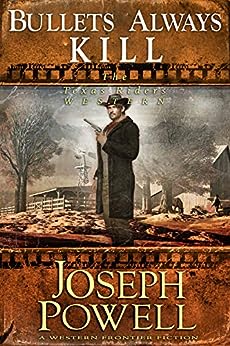 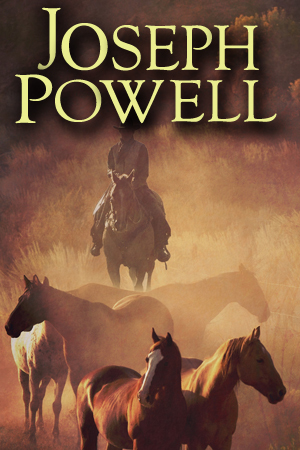 He wants to clean up the town… they want to chase him out.

Sheriff Rowan Keller is the new sheriff of Blackgate.
There’s just one problem.
The old sheriff doesn’t want to leave.
He’s spent years taking bribes from criminals so they could pass through unscathed, and he’s not eager to give things up.

But Rowan’s about to put an end to all that.

Blackgate’s got a poker tournament coming up, and it’s drawing all the wrong kinds of people. But no one beats Wade Sharp. Evil, corrupt, and soulless, Wade has a gang of men who will kill anyone who gets in their way.

Even women and children.

When Rowan puts up a fight, Wade decides him and the entire town must pay.
Especially Tillie.
She’s pretty and kind, and Wade’s taking her with him when he leaves.

But if he thinks Rowan is just going to let her go, he’s mistaken.
Rowan’s ready to go into battle, even if he has to do it alone.
Can Rowan save Tillie and the entire town, or are they already good as dead?

Kindle Fire Charles Castell
5.0 out of 5 stars Mr. Powell's outstanding western adventures never ceases to amaze me, and this series is definitely one of his most impressive to date. I am impressed with Rowan and his ability to handle any situation, regardless of how trying it may be. Enjoyed how aggressive he is, and his selection of posse riders definitely brings a compassionate camaraderie throughout the entire book!
17 December 2019 - Published on Amazon.com
Verified Purchase
Most certainly five stars worthy, as the outstanding descriptiveness of the storylines successfully portrays compassion and maintains any reader's undivided attention from beginning to end. Too, the author's character selections definitely adds a lot of outstanding entertaining revelations about how our old American West was finally tamed!
Definitely recommend this compassionate masterpiece of heartwarming western adventures to all readers, regardless of your reading genre. There are continuously descriptive gunfighting and plenty of suspenseful episodes throughout this compelling story of realistic western adventures. Too, there are moments of heartwarming experiences cover to cover. I was impressed with Rowan and Sebastian, as they finally brought justice to their beloved Blackgate! Read this exciting western masterpiece, as I assure you to be as overwhelmingly satisfied as I am!!!!😄

John Shearer
4.0 out of 5 stars Bullets Always Kill
12 December 2019 - Published on Amazon.com
Verified Purchase
This was a good read and the characters are realistic,and they have all the realistic qualities you normally look for in a good story.
Read more
One person found this helpful

Kindle Customer
5.0 out of 5 stars Excellent
28 December 2019 - Published on Amazon.com
Verified Purchase
So glad to find a good western writer. A a fan of good well written western I am more pleased to did over this authors books.. I will be gladly searching and purchasing all of these along the way.
Read more

Joseph Curry,
5.0 out of 5 stars Suspense
30 December 2019 - Published on Amazon.com
Verified Purchase
This book has a excellent story line. This story was hard to put down with its suspense and intrigue and romance
Read more

anitat
5.0 out of 5 stars One more, for the road
3 December 2019 - Published on Amazon.com
Of all of Joseph's books so far, this one has some of the most complex characterization, and it is a true example of the class of good and evil. The 'bad guy' in this book has a hang up: He doesn't like men who rape or molest women. Aside from that, he is a typical outlaw of the day: mistreating women in every other way possible, he finds life to be extremely cheap, and he is going to lay up his treasures here on earth, because he knows he will never get to heaven. Yet throughout the book we see glimmers of humanity, and of the man that Wade Sharp COULD have been, but isn't. From the sheriff who got fired (but won't leave the job) to Tillie pretending she is a woman of ill repute so she can steal a bag of cash from Wade, this book has something for everyone. Caveat: I'm on Joseph's reader team, making sure he has dotted the 'i's and crossed the 't's. In this book, he surely did.
Read more
Go to Amazon.com to see all 29 reviews 4.6 out of 5 stars
Get FREE delivery with Amazon Prime
Prime members enjoy FREE Delivery and exclusive access to movies, TV shows, music, Kindle e-books, Twitch Prime, and more.
> Get Started
Back to top
Get to Know Us
Make Money with Us
Let Us Help You
And don't forget:
© 1996-2020, Amazon.com, Inc. or its affiliates