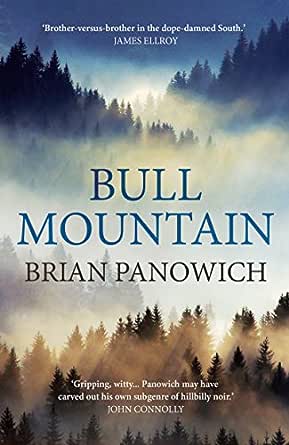 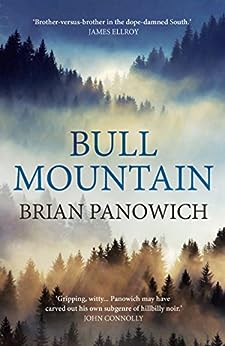 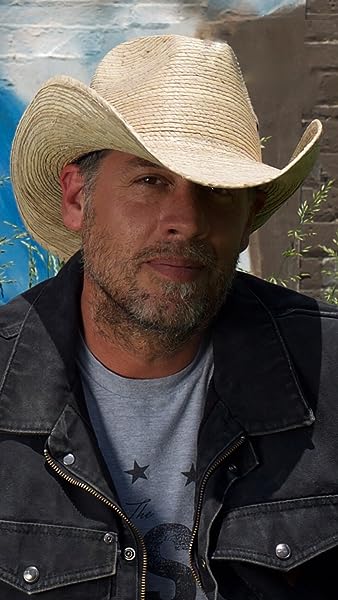 Brian Panowich was a touring musician for twelve years before settling in East Georgia with his family. He now works full-time as a firefighter. Bull Mountain is his first novel." --This text refers to an out of print or unavailable edition of this title.

4.3 out of 5 stars
4.3 out of 5
638 global ratings
How are ratings calculated?
To calculate the overall star rating and percentage breakdown by star, we don’t use a simple average. Instead, our system considers things like how recent a review is and if the reviewer bought the item on Amazon. It also analyses reviews to verify trustworthiness.

Peter the constant reader
TOP 100 REVIEWER
3.0 out of 5 stars No winners blood fued set in the Ozarks
Reviewed in Australia on 2 December 2015
Verified Purchase
I'm not sure what to make of this novel. It was fast paced and had a reasonable storyline but the characters all seem to be sociopaths including the good guys. It hankers back to the Martins and the Coys and their blood feud. For a novel about a small town where family names are everything no one questions the origin of one of the main protagonists based on their family names. The end as you come to expect is horrendous. Apart from the fact I could derive no empathy with the book the author has constructed the story line well and provides good and vivid descriptions and believable action. While not for me it it was not a bad read.
Read more
One person found this helpful
Helpful
Report abuse

Snapdragon
TOP 10 REVIEWER
5.0 out of 5 stars Great page turner.
Reviewed in Australia on 4 September 2015
Verified Purchase
Rip roaring trip through a criminal backwoods family with its 1 good guy - the local sheriff, his feisty, sensible wife, and a clever FBI agent who turns out to be ... well, read it & see. Stunning dialogue rings very true ... very snappy, & perhaps the most enjoyable aspect of the book. The ending? Not quite what I expected, & perhaps a little contrived, but a terrific, ballsy read. Would appeal to men as much as to this 65 y.o. Aussie woman.
Read more
2 people found this helpful
Helpful
Report abuse

garry johnson
4.0 out of 5 stars exciting and different. recommended.
Reviewed in Australia on 25 December 2015
Verified Purchase
know nothing about the mountain country of georgia and the people who live there so really enjoyed this book until the last few pages. why does there always have to be an happy ending for the books hero. five pages shorter and it would have rated a five. but all the same well written, very exciting. an interesting and good book. will read mr.panowich again.
Read more
Helpful
Report abuse

Theo
3.0 out of 5 stars Solid read but largely predictable
Reviewed in Australia on 31 December 2018
Verified Purchase
Well written, with good character studies but the storyline itself was cliched and failed to support the quality of the writing
Read more
Helpful
Report abuse

Robert Hitchins
TOP 1000 REVIEWER
5.0 out of 5 stars 100 proof hick lit
Reviewed in Australia on 28 May 2019
Bull Mountain (2015)
Like Lions (2018)
Brian Panowich
The author was born and raised in rural Georgia. After college, he spent 20 years as an itinerant musician before returning to writing. He now lives in East Georgia with his family and works as a firefighter.
His debut novel, Bull Mountain, a bestseller that won numerous award, and the sequel Like Lions centre on the Burroughs family: a multi-generational clan of hillbillies and career criminals in Georgia Blue Ridge mountains. Think Duck Dynasty meets Goodfellas: nary a Jed, Jethro, or Ellie Mae in sight.
Hillbillies have received plenty of attention of late (e.g. J D Vance’s Hillbilly Elegy 2016) as unemployed, Trump voting, oxycontin addicts, but they have a rich tradition as outlaws that long predates that.
The Burroughs started out with illicit stills before moving on to marijuana, gun-running, and meth, wasting a whole mess o’ dudes along the ways. Plenty of space to bury bodies up in the mountains, which is lucky because demand is high.
The black sheep of the family is Clayton, the grandson who becomes local sheriff. Our boy has a white hat but limited interest in going by the book. Think Lucas Hood in the TV show Banshee.
His wife and love interest Kate is a kick-ass gal too. This is definitely ‘hick-lit’ rather than ‘chick-lit.’
Both these novels are rollicking tails well told, jammed packed with action and good writing, if a little exhausting when read back-to-back. The author leaves open the possibility of a third book involving a career change for Clayton.
4.5 stars for Bull Mountain, 4 stars for Like Lions.

Amazon Customer
5.0 out of 5 stars Fantastic!!
Reviewed in Australia on 3 October 2016
Verified Purchase
I loved this book. From start to finish it was awesome. I Can't wait to read another from same author.
Read more
Helpful
Report abuse
See all reviews

CAVE
5.0 out of 5 stars Amazing how this is a first novel!
Reviewed in the United Kingdom on 9 October 2015
Verified Purchase
I read more books than I have hot meals and this is by far one of the best books I have read.

It ticked every single box. A well thought out story with a smashing denouement I didn't see coming. Every character is fleshed out so well and vivid I still think of them even though I've finished the book. The kind of beautiful, yummy prose where you repeat sentences to yourself because they are just so damn perfect. But don't expect any purple softness. It is written with a gritty, hammer-hard-edge throughout about the tragic, violent criminal family of the Burroughs Clan in the Georgia mountains, where crimes and mistakes pass through generations to present day. It is amazing how much is fitted between 300 pages. It moved with fantastic momentum without ever feeling empty and rushed, which most today do. Also, most authors struggle with alternating timelines, making them muddled, confusing and downright boring. But Panowich struck gold by making it easy to follow, logical, smart and interesting. His prose and character work reminds me very much of Tom Franklin, another fantastic author. But Panowich makes his own stamp on the map with this true gem. I'm weary of reviews, what I love you may detest etc, but I can guarantee that if you love a fantastic, gripping read with characters you will genuinely care for, then please grab a copy of Bull Mountain.

One of the best reads I have had in a long, long time and I cant wait for Panowich's next book. Highly, highly recommended.

Donny Rock
3.0 out of 5 stars Local violence
Reviewed in the United Kingdom on 15 October 2019
Verified Purchase
The saga of a Georgia (USA) family involved in moonshine and crystal meth production. One of the family is the local sheriff. There is a lot of violence in this great storyline, along with well-drawn characters. How one man can dominate a rural area through fear and violence is integral to the book. The narrative does move from generation to generation, past and present. So it's important, and quite easy, to pay attention to the chapter headings.
Read more
Report abuse

Tom
5.0 out of 5 stars 5*
Reviewed in the United Kingdom on 7 January 2019
Verified Purchase
One of the most enjoyable books I've read last couple years. Don't be put off by the chapters set in different years, it works really well at giving you a scope of the family as a whole and the background of each member.
Their is an urgency in the way brain panowich writes, as someone else put it, like a double barrel shotgun straight on to the page.

5.0 out of 5 stars 5*
Reviewed in the United Kingdom on 7 January 2019
One of the most enjoyable books I've read last couple years. Don't be put off by the chapters set in different years, it works really well at giving you a scope of the family as a whole and the background of each member.
Their is an urgency in the way brain panowich writes, as someone else put it, like a double barrel shotgun straight on to the page.

A crash-course in dirty deeds and impressively clean writing, this is a tremendous debut novel, and one that fully deserves the plaudits that were heaped on it like dirt on an unmarked grave.

Lindylou
4.0 out of 5 stars Try it
Reviewed in the United Kingdom on 30 October 2015
Verified Purchase
A good read my first on a kindle. It is a bit disconcerting first of all as it switches between characters every chapter. It isn't as dark as some of the 'Hillbilly' books I've read. It had a good storyline but some of the characters were not real enough to find empathy for them. I would read more as I think he is a very good writer.
Read more
One person found this helpful
Report abuse
See all reviews
Get FREE delivery with Amazon Prime
Prime members enjoy FREE Delivery and exclusive access to movies, TV shows, music, Kindle e-books, Twitch Prime, and more.
> Get Started
Back to top
Get to Know Us
Make Money with Us
Let Us Help You
And don't forget:
© 1996-2020, Amazon.com, Inc. or its affiliates