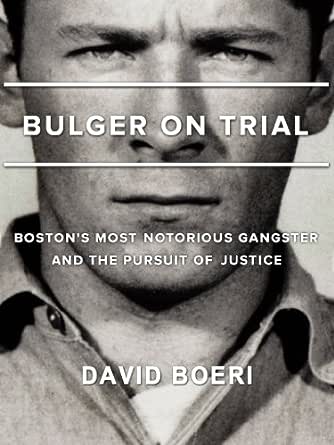 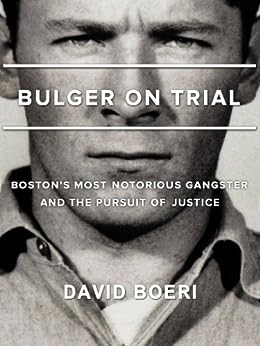 Bulger On Trial: Boston's Most Notorious Gangster And The Pursuit Of Justice Kindle Edition

The trial of James “Whitey” Bulger this summer was supposed to bring an end to one of the greatest scandals in the history of the FBI, but it dredged up a toxic swamp instead. Horrific crimes, depraved witnesses and sordid accounts of FBI agents who gave their allegiance to the mob boss emerged from the muck as families of 19 murder victims endured the presentation of broken skulls and jaws along with photos from the morgue. At center stage was the defendant, who had been listed and protected by the FBI as a secret informant. He claimed the government had given him a free pass, but prosecutors fought to keep the trial away from questions of who made Bulger what he became and how. In an extraordinary measure of their outrage, the families of the victims cheered Bulger’s own attorneys as they savaged the government’s “cover-up” and the deals prosecutors had given to Bulger’s former associates to win testimony.

In the first book to explore the trial in a larger context, WBUR investigative reporter David Boeri weaves his daily trial dispatches into the complete backstory of Bulger’s ruthless ascent to power, the men and the agency who made that possible, and the families of victims who were victimized again and again by the government’s protection of the killer. Boeri’s storytelling is informed by 26 years of national award-winning reporting on the Bulger case. He aggressively dug into FBI corruption and tracked the Bureau’s delayed, often inept search for the 16-year fugitive.

Years before Bulger was arrested in Santa Monica, Bulger travelled to California to follow his own tips in search of Whitey and showed the lack of FBI effort and enterprise. His investigation of crimes aided and abetted by FBI agents took Boeri to old murder scenes of Bulger victims in Oklahoma, Florida and Massachusetts. He followed detectives in the difficult and painful search for the bones of Bulger victims long ago buried. He sought out the families to learn what they had endured and sought out Bulger’s criminal associates even tracked some down who were in the Witness Protection Program to chronicle Bulger the boss and Bulger the killer. In “Bulger On Trial,” Boeri brings the reader into the same close contact with Bulger’s corrupt FBI handler, the younger brother who made a parallel rise to political power, the families, the criminals and the saga that links them all.

Amazon Customer
5.0 out of 5 stars Gives a compressive dialogue of his trial.
8 January 2017 - Published on Amazon.com
Verified Purchase
This is not a story. It is a written documentary of his criminal life. It the goes into the trial and still gives what information happened . I have read books on James Bulger. I did not understand why he was on the ten most wanted list. This book explained why and was a page turner.
Read more
5 people found this helpful

Irene
4.0 out of 5 stars A good Book-- but what a Horrid story
1 August 2014 - Published on Amazon.com
Verified Purchase
A good Book-- but what a Horrid story , I watched it unfold on T.V. so I knew something about it , and I remembered the players from a long time ago , what a waste, not only of his life-but all the People he killed , and to think he lived in Harmonious bliss so long with his Girlfriend . How could she live with him , really in her Heart-knowing he had done all he was accused of . the killing of the Women was what was the most terrible thing that he did , althought , he did a lot of horrible things.
Read more
2 people found this helpful

JLprt
5.0 out of 5 stars Wonderful flow & writing style
3 April 2015 - Published on Amazon.com
Verified Purchase
A great read for True-Crime Buffs, like myself - The author has just the right 'flow' and style to keep you in the story. And thank you NPR for sponsoring this as a FREE Kindle. This Bio does what no others could do and that is hold the So.Boston Criminal Justice system & the FBI responsible for the corruption that allowed Whitey Bulgar AND his brother to fester and kill! Thank God they caught him
Read more
One person found this helpful

ladygodiving
4.0 out of 5 stars Did Anyone Edit This Book?
20 July 2014 - Published on Amazon.com
Verified Purchase
This is a fascinating biography of a wretched human being, his cronies in crime and the victims. It is also about police corruption and worse, FBI collusion. Shocking and gritty. The author is meticulous in presenting facts and details. Unfortunately, he constantly repeats himself. By the third time, It was very annoying and detracted from an otherwise excellent book. How did this happen? Didn't the author read his own galleys? Terrible job of editing, if there was any at all. Simply unforgivable.
Read more
One person found this helpful

Cory
3.0 out of 5 stars A fairly direct telling of Bulger's life and criminal trial
19 August 2014 - Published on Amazon.com
Verified Purchase
The first two thirds of this serves as background to the life and crimes of Whitey Bulger and his associates while the last thud recounts his trial using day by day recaps written by Mr. Boeri at the time. It provides a good look into the climate of the time and tries (somewhat successfully) to be unbiased in it's judgment of Bulger, his associates, and the corrupt government agencies that protected him. While it is fairly direct it can be repetitive and is written with a journalistic tone that is a bit different than typical biographies. Not a bad read but not spectacular either.
Read more
2 people found this helpful
Go to Amazon.com to see all 137 reviews 3.8 out of 5 stars
Get FREE delivery with Amazon Prime
Prime members enjoy FREE Delivery and exclusive access to movies, TV shows, music, Kindle e-books, Twitch Prime, and more.
> Get Started
Back to top
Get to Know Us
Make Money with Us
Let Us Help You
And don't forget:
© 1996-2020, Amazon.com, Inc. or its affiliates