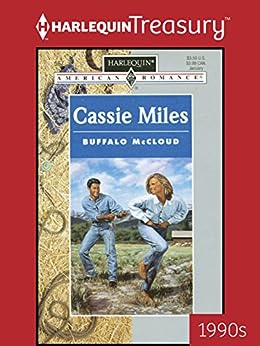 by Cassie Miles (Author) Format: Kindle Edition
See all formats and editions
Sorry, there was a problem loading this page. Try again.

Buffalo rancher Russel McCloud was searching for the legacy of his Indian ancestors, but he was still missing one big piece of the puzzle–an Indian goddess! So, when a persnickety lady lawyer arrived, McCloud decided she just might do….

Before she met McCloud, Sandra Carberry thought she had it all. But the updated Don Quixote tempted her to hang up her subpoenas for a life on the range–until she discovered her role in his crackpot quest….

Chances that McCloud's stand–in goddess could really help him were slim–and as tiny as the tent they were forced to share. But could the mystical powers of the Colorado canyons conjure the miracle of love?