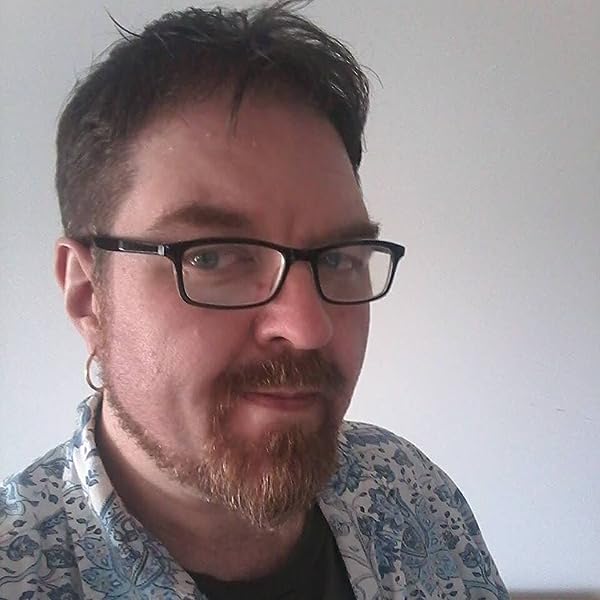 by Phil Hore (Author)
5.0 out of 5 stars 3 ratings
See all formats and editions
Sorry, there was a problem loading this page. Try again.

“Phil Hore demonstrates considerable panache and flair as he combines his encyclopaedic knowledge of 19th Century affairs with gruesome and ghastly happenings, enough to satisfy the blood lust cravings of even the most avid fan of this genre.” -- Everything Dinosaur

Born in 1969, Phil likes to point out he was one of the last children born before man walked on the moon. Published in newspapers and magazines across the globe, since 2007, Phil has been the paleo-author for the world’s longest running dinosaur magazine, The Prehistoric Times. He has also been a comic shop manager, a cinema projectionist, a theatre technician, and gutted chickens for a deli. All of these influences seem to make an appearance in his writing, especially the chicken guts bit.
Start reading The Brotherhood of the Dragon (The Bloodline Trilogy Book 1) on your Kindle in under a minute.

Mark ODwyer
5.0 out of 5 stars Amun Galeas entrusts the readers with the curious facts of what really occurred in London in 1888
Reviewed in Australia on 10 August 2019
Verified Purchase
We begin with Amun Galeas confiding in us about certain events in 1888 in London and  .. Wait a minute, who is this Amun Galeas? He doesn't seem to know that himself. Each time he carries his throbbing head out of a strange bedroom to seek answers he gets bashed. The mutiplying bandages on his head come to resemble a near-cosh proof turban. I, for one, wondered if our narrator would even last the early chapters; nor did he seem to have much confidence about that chance himself.

'Unarmed except for my razor wit, which many would argue made me totally defenceless, I crept through the gate ..'

Time and again our hero is rescued by Sebastian Vulk, but just who is that randy old dog?  We readers have little time to mull over these identities, however, due to several household servants disappearing, and the odd attitude of Amun's hosts, the Stanton family.

A corpse is found. A journalist,  Abraham (call me 'Bram') Stoker scents a scoop. Bram turns out to be usefully related to a Mr Doyle, a medical man, Arthur Conan Doyle, that is, a man who knows a peculiar corpse when he sees one.

Amun in the course of his most enlightening account, entrusts we readers with the curious and true facts of what really occurred in London that year (necesarily suppressed at the time); and we incidentally learn where Messers Stoker and Doyle heard the genisis of the stories they later published. The cousins turn out to be handy with sword blades as well as quills, and this is just as well because there is a certain degree of close quarter fighting in this story, and Amum's sometimes liesurely 19th Century style of prose only seems to emphasise the gruesomeness of  such combat.

'I hefted my sword over my head like some ancient statue depicting St George slaying the dragon, and then brought the weapon down with a noise similar to chopping into a thick cabbage.'

A shipwreck in Australia, an overly-optimistic medical procedure on a Pope, a study of the London railway network,  a survey of the complexity of Balkan history, and of one 'Balkan Problem' in particular, a hitherto unrecorded episode of young Winston Churchill's career, and more .. All these apparently disparent elements are most satisfactorily brought together, twist by turn, in this thrilling, chilling, and entertaining novel from Phil Hore.  And Amun tells us there are more confidences to come.

But, you ask, what about these dragons? Oh, you will learn all about it in this true account, gentle reader. Select an armchair - place its back to the wall - settle down, pour a red, very red wine, and enjoy. Oh, and, err, keep a sheild close to hand.  Useful things, shields.
Read more
One person found this helpful
Helpful
Report abuse
See all reviews

Wendy A. Vogel
5.0 out of 5 stars A gripping read from page one
Reviewed in the United States on 6 April 2020
Verified Purchase
You can't trust a vampire. Or a werewolf. Or even your humble narrator.
In Brotherhood of the Dragon, you can't really trust anyone, and that's where the fun begins. Combining the best of historical fiction with a wild romp through a monster-infested estate, this book starts with a bang and the pace never lets up. You'll find familiar names in the most unlikely of places, and journey into an underground lair with beasts who have been waiting a very long time to feast on human blood. The historical setting is well-presented, the characters meaty and deep, and the race to the finish will leave you refreshing your Amazon page to see when the sequel is announced.
Read more
2 people found this helpful
Report abuse
See all reviews
Back to top
Get to Know Us
Make Money with Us
Let Us Help You
And don't forget:
© 1996-2021, Amazon.com, Inc. or its affiliates