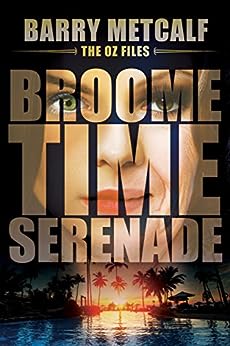 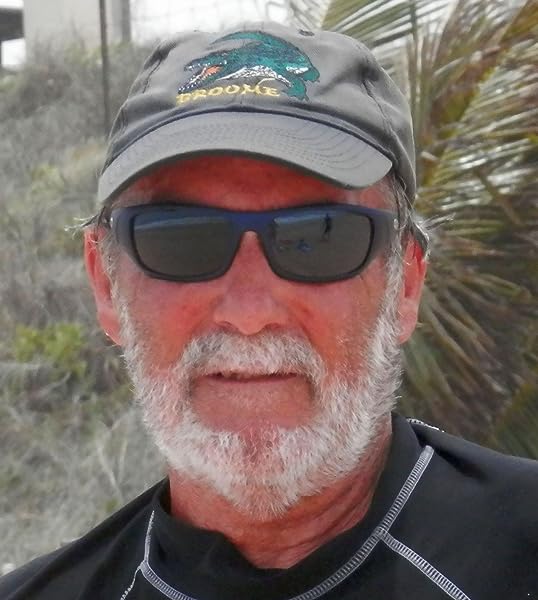 Broometime Serenade: A Gripping Crime Thriller from Down Under (The Oz Files Book 1) Kindle Edition

When authorities fail to identify human remains discovered in and around Broome, Martin and Claire are despatched to the idyllic seaside resort to investigate. Little do they know their every move is watched, as they follow first one lead then another, until they are face to face with a ruthless enemy who is determined to end their lives.

"The author has created an intriguing mix of suspense and the supernatural in a breathtaking tale that left this reader wanting more. The vivid descriptions of Broome and its surrounds made me want to pack a bag and fly there—and I would have but for other constraints. Dialogue was exceedingly well used and served to drive the action. An excellent read." ~ PWindsInspirations

Born in 1943 to a working class family with middle class aspirations, I began writing stories while at school, finally venturing into novels when I retired from teaching in 1997. The result was a series of mystery/thriller novels set in Australia and featuring two unorthodox investigators who work for the fictional Strange & Obscure Cases (SOC) Unit, an autonomous offshoot of ASIO.

When Evolved Publishing, an American company, showed enthusiasm for my stories, I was contracted to produce the first three novels in the series. Negotiations for a further three novels are in the works.

I am encouraged by positive feedback, at which time the words flow freely and usually reflect my bizarre sense of reality and weird humour. When my muse's ego is bruised, I bide my time, reworking old short stories into Sci-Fi novels and waiting for new ideas to evolve. The longest time I've gone without writing anything new has been eighteen months, but when the drought finally broke, the words flowed thick and fast.

3.5 out of 5 stars
3.5 out of 5
15 global ratings
How are ratings calculated?
To calculate the overall star rating and percentage breakdown by star, we don’t use a simple average. Instead, our system considers things like how recent a review is and if the reviewer bought the item on Amazon. It also analyses reviews to verify trustworthiness.

michelle turner
5.0 out of 5 stars excellent book
Reviewed in the United Kingdom on 7 August 2015
Verified Purchase
I was pleasantly surprised by this book because as well as being a crime,thriller and suspense book it had some aspects to it I hadn't expected which kept me turning the pages to find out what Martin and Claire would find out every time they looked into new leads on the case they were assigned when they were sent to Broome. There were lots of twists and turns in this tale of murder and mayhem along with an on going romance between the two lead characters which I enjoyed as well as trying to figure out who the bad guys were.to start and how it would all work out. Also I enjoyed the details and descriptions that were given about Broome I found it fascinating and can`t wait to read more adventures staring Martin and Claire.
So all in all I found this to be well-written and entertaining an I Will be one I'll read again because I'm sure I'm find little bits that I didn't pay enough attention to the first time I read it.
Read more
Report abuse

booklover
3.0 out of 5 stars A KILLER TERRORIZES AUSTRALIA
Reviewed in the United States on 17 July 2015
Verified Purchase
This book takes place in Northern Australia .... someplace I've always wanted to visit. The book is very descriptive and I can see in my mind's eye exactly what the author was going for. The dialogue is very clear, even with unique Australian colloquialisms.

The story itself is well written and thought out. There were a few moments when reading that the descriptions seemed to have taken over the suspense, but since I actually enjoyed reading about the culture, history, etc., the overlong descriptions did not bother me.

Not having read the first in the series, I was surprised by the arrival of a mysterious witch who possesses magical powers. I'm still not sure how I feel about witch Wanda.

The back and forth between the two protagonists, Martin and Claire, are a little muddled. They seem to be quite intelligent, and even funny at times during their investigation of a killer, but the personal relationship didn't ring quite true for me. Maybe that's a male author trying to write a woman's point of view without having a woman guide him, somewhat.

Not a bad book at all. I may check out the next in the series, to see if some of these things have been improved upon.

I received a copy from the author in exchange for an unbiased, honest review.
Read more
3 people found this helpful
Report abuse

VClifton
4.0 out of 5 stars Mystery and Intrigue
Reviewed in the United States on 21 June 2015
Verified Purchase
3.5-4 stars

Broometime Serenade is set in Australia, and is full of intrigue and mystery. There’s a treasure trove of lost pearls, a sadistic witch, a pair of Australian secret agents, a trail of bodies and even a pack of nosy old ladies who love a good mystery. I quite enjoyed the antics of Mildred, the nosy old neighbor lady. :)

The dialects and writing style/language are distinctly Australian, and the language seemed a bit “high brow” for the average reader. The author’s writing is a bit flowery (for instance, at one point the agents mention intercepting their “quarry” rather than their “suspect”, or having someone “perturbed” instead of ... ticked off, or having a villain saying they are “quite wrong”). This is most likely just a cultural difference between Australian authors and American authors (?) The book took a while to build up interest—it started slowly—but soon you’re pulled into the plot.

I really didn’t like Wanda at all- she’s a creepy, creepy lady. Toward the end, she did what??? Well, you’ll have to read it to see. If you’re into mystery, give this book a try!
Read more
One person found this helpful
Report abuse

Madhatt
5.0 out of 5 stars Riveting!
Reviewed in the United States on 17 July 2015
Verified Purchase
Wonderful story; mystery, suspense and some romance portrayed by captivating characters in a tropical paradise. Very well written, I could easily place myself in the story along with Martin and Claire as they pieced together the puzzle and once again foiled the witch Wanda Jean attempt at world domination. Highly recommend reading, I’m planning on going back and reading the first one now! Martin and Claire are agents for a government sect similar to the X-Files (yeah they get the REALLY weird stuff), they are sent to Broome undercover to investigate skeletons that were found after a strange cyclone (one they suspect may have been influenced by a witch they have encountered before). At first clues are few and far between but as things start to come together they come to the conclusion they are again up against the witch Wanda Jean and the chase is on.
Read more
Report abuse

Hannah Vallance
5.0 out of 5 stars Loved it
Reviewed in the United States on 23 September 2015
Verified Purchase
Broometime serenade was a very well written book. I loved it! If you like mystery then I would definitely recommend it. This book is set in Australia and though I have never been there, the description of everything made me want to visit. The main characters, Claire and Martin, travel to Broome where they search for a murderer and fall into a trap set by the witch Wanda Jean. It's so much fun to read this book and try to figure out what will happen next. Great book and well written.
Read more
2 people found this helpful
Report abuse
See all reviews
Report an issue
Does this item contain inappropriate content?
Report
Do you believe that this item violates a copyright?
Report
Does this item contain quality or formatting issues?
Report