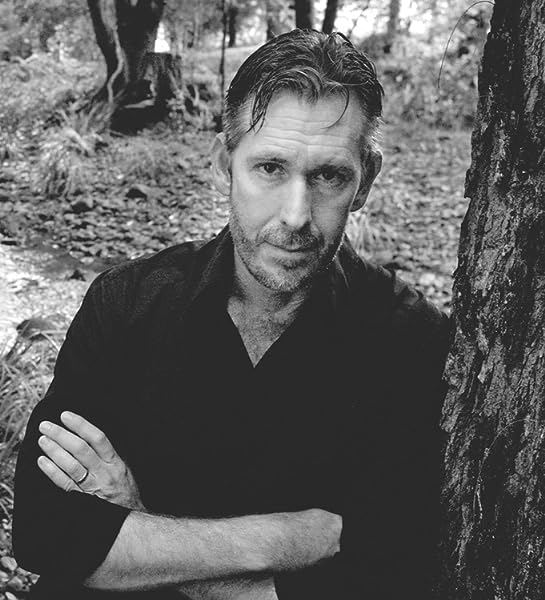 The Broken Ones is the latest dark, gripping, chilling supernatural tale from a highly talented internationally acclaimed Australian author.

Stephen M Irwin has lived in and around Brisbane, Queensland all his life. At an early age, he was discovered to be a notably lousy swimmer and an outstandingly poor cricketer, but fortunately he found and fostered a love of reading and writing. His tertiary study in film production led to a career in restaurant and handyman work. Nevertheless, his love of writing overcame his interest in cupboard repairs, and his portfolio of documentary and film projects resulted in a reputation as a respectable, if shabbily dressed, screen-writer and director. His short stories, films and poems have won numerous national and international competitions and awards.

Grant Cartwright is an award-winning actor who has performed extensively in Australia with the Melbourne Theatre Company, Sydney Theatre Company, Malthouse Theatre, La Mama Theatre and many others. A 2005 graduate of the Victorian College of the Arts, Grant returned from New York where he performed with the Manhattan Repertory Theatre and the 45th Street Theater. He frequently lends his voice to many international film productions for English Language dubbing, and among his screen credits is the HBO mini-series The Pacific.
Start reading The Broken Ones on your Kindle in under a minute.

Stephen is an Australian author and filmmaker. His short films and short stories have won numerous competitions and awards around the world. His debut novel, The Dead Path, was published in many countries and was named top Horror title in the 2011 RUSA Reading List. His second novel, The Broken Ones, was released in Australia in mid-2011 to excellent reviews, including being named the Sydney Morning Herald's Pick of the Week.

Evidence from Stephen's childhood reveals he wanted to be an Egyptologist, a P-51 pilot, and Gigantor; instead he has worked as a handyman, drinks waiter, call centre operator, and illustrator. Now he makes stuff up for a living. He lives in Brisbane, Australia, with his wife, two young children, and very needy but well-loved black cat.

Eaglemont
5.0 out of 5 stars Compulsive reading
Reviewed in the United Kingdom on 28 October 2015
Verified Purchase
Who are ‘The Broken Ones’? When detective Mariani finds the body of a woman, subject of a repugnant murder, he sets out to solve the murder. Haunted by a past accident, he has to deal with supernatural visitations in his quest. The plot is complex but Irwin’s magical writing jumps from the pages to make compelling reading; there are moments of almost unbearable horror, but also of exquisite beauty and tenderness. Don’t miss this book.
Steven Irwin is also the author of The Darkening one of the most frightening books one can read. One eagerly anticipates his next novel.
Read more
Report abuse

Christopher Carrolli
5.0 out of 5 stars The Broken Ones--a great mystery.
Reviewed in the United States on 19 June 2019
Verified Purchase
On Earth, the unthinkable has happened—a complete and total polar shift. Suddenly, plains plummet from the sky, malfunctioning cars swerve or crash off the road, technology has come to a standstill. Radical climate change had ensued. The economy has been devastated. Afterward, continual gray skies mark the apocalypse as “Gray Wednesday.”

Since Gray Wednesday, the survivors of the so-deemed apocalypse have all suffered one unexplainable side-effect; they are consistently visited by a personal ghost. The ghost is usually someone connected to them, maybe someone whose death they may have played a role in. Detective Oscar Mariani is no different. He is haunted by the presence of a young boy he is sure he never met before. So begins Stephen M. Irwin’s, “The Broken Ones,” a post-apocalyptic tale of murder, mystery, and the occult.

In the beginning, the story feels like an apocalyptic tale, but soon segues into a whirlwind murder mystery. Yet Irwin’s writing is poignant and picturesque, with vivid description that paints a perfect picture in the reader’s mind. His writing is fresh, unique, and sharp. The storytelling is precise, consistent, and well-executed. The characters are genuine and unforgettable.

On Gray Wednesday, Oscar’s runaway car caused an accident which left a young girl disabled. His guilt and frequent attempts to atone weigh on his mind throughout the story. Heading up a small task group of investigators, he stumbles upon a grisly murder scene that is too big for his minor department, and too big for him to back away from. A young girl was discovered ripped to shreds in an industrial machine. Oscar notices carvings in the girl’s remaining flesh, signs that lead him to a mystery steeped in the occult, one that goes much deeper than he imagined.

Like all good mystery writers, Irwin leads us in one direction, but soon reveals many other possibilities not considered before. Irwin is an author well-schooled in mystery, one whose books should reach a much wider audience.
Read more
2 people found this helpful
Report abuse

James Holloway
5.0 out of 5 stars My favorite book in a very long time!
Reviewed in the United States on 29 August 2016
Verified Purchase
Easily one of my favorite books I've read in recent years. You know this is true because, as a general rule, I don't review books that I can't rate as 5 stars. The story is highly imaginative. Dark and filled with mythology, monsters, and loads of mystery. The research in mythology is well done. But even more so, the forensic pathology described is spot on (I've been a forensic death investigator for more than 20 years and I've never seen a lay person author get so many details correct when dealing with autopsies, decomposition, and bullet wounds (and no, he didn't get every detail correct, but he was close...which showed his respect for the field.)).

The characters were all well-developed and intriguing. I have to say that I grew to admire Oscar, the protagonist, a great deal. His refusal to give up, no matter the horrors that were sent his way is what makes a great hero. When I first began reading the book, I wasn't sure how I felt about him. Or if I felt anything for him. But by the end, his character had bloomed into a full-fledged sympathetic hero.

The ghosts and creatures were also quite engrossing. There were scenes (I won't spoil them) where Oscar was being hunted that I found my muscles literally tight with tension. Very creepy monsters, trust me.

And finally, I'd like to point out the single greatest thing about this book. Sure, there were ghosts. Sure, there were monsters. Sure, there was occultist elements. But through it all beat the heart of a first class murder mystery full of intrigue, conspiracy, and danger. Just a fantastic read over all.
Read more
5 people found this helpful
Report abuse

Kindle Customer
5.0 out of 5 stars A cosmic anomaly has caused the Earth's poles to switch causing an economic and technological crash plunging the world into a new Dark Ages with a eerie side effect. Ghosts.
Reviewed in the United States on 8 October 2020
Verified Purchase
When the poles switched on Gray Wednesday, the world was plunged into darkness and chaos as technology failed and economies crumbled. Add to that the ghosts. In this stranfe new world, everyone has their own ghost to haunt their days an nights: a spouse, lover, child, friend or complete stranger. There as a shadowy reminder of our past misdeeds and regrets. In this strange new world Detective Oscar Mariani is sent to investigate the gruesome mutilation and murder of a young girl and stumbles into a world where reality and magic, the living and the dead are never far from each other and the ghost that haunts him may be a blessing or a curse.
Noir detective fiction with elements of Poe. Beautifully descriptive prose. The twists and turns will keep you guessing and the ghosts will have you glancing over you shoulder. This is the best book I've read in years!
Read more
Report abuse

Mboggie143
4.0 out of 5 stars A little work at the beginning but keep reading
Reviewed in the United States on 27 September 2020
Verified Purchase
Really glad that I bought this one. Worth the read and probably a re-read. A bit rough at first but smooths out and gets dense with characters and excitement. Some beautiful descriptions, lots of vivid and scary bits. Well worth it.
Read more
Report abuse
See all reviews
Back to top
Get to Know Us
Make Money with Us
Let Us Help You
And don't forget:
© 1996-2021, Amazon.com, Inc. or its affiliates