Delivery Rates and Return policy
Flip to back Flip to front
Listen Playing... Paused   You're listening to a sample of the Audible audio edition.
Learn more
See all 5 images 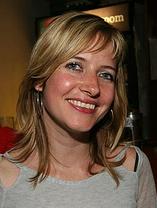 by Lauren Beukes (Author)
3.9 out of 5 stars 267 ratings
See all formats and editions
Sorry, there was a problem loading this page. Try again.

"Dig it: what a brilliant crime-phantasmagoria novel this is!!!!! This splendid novel is THE new primer on urban decay to the nth degree. I unhesitatingly urge you to buy it and read it now!"--James Ellroy

"It's hard to overstate how ambitious Broken Monsters is, maybe because Beukes somehow manages to make it look easy. Her prose is unhindered, exuberant and something like addictive. . . . Broken Monsters is one of the most remarkable books of the year, and one of the best suspense novels you'll read in quite some time."--Michael Schaub, NPR

"Remarkable is Beukes's ability to blend genres, seamlessly incorporating horror, fantasy and traditional crime in ways that highlight the best parts of each. It feels new--unprecedented, in a way."--Madison Vain, Entertainment Weekly

"This one has a vivid sense of place and a colorful and interesting cast of characters . . . I will be looking forward to whatever Lauren Beukes does next. She's a major, major talent."--George R. R. Martin, BookBub

Lauren Beukes writes novels, comics and screeplays. She's the author of the critically-acclaimed international bestseller Broken Monsters; The Shining Girls, about a time traveling serial killer; Zoo City, a phantasmagorical Joburg noir and winner of the 2011 Arthur C Clarke Award; and the neo-political thriller Moxyland. She worked as a journalist and as show runner on one of the South Africa's biggest animated TV shows, directed an award-winning documentary, and wrote the New York Times bestselling graphic novel, Fairest: The Hidden Kingdom. She lives in Cape Town, South Africa.
Tell the Publisher!
I’d like to read this book on Kindle

3.9 out of 5 stars
3.9 out of 5
267 global ratings
How are ratings calculated?
To calculate the overall star rating and percentage breakdown by star, we don’t use a simple average. Instead, our system considers things like how recent a review is and if the reviewer bought the item on Amazon. It also analyses reviews to verify trustworthiness.

Amazon Customer
2.0 out of 5 stars Disappointing
Reviewed in Canada on 28 December 2020
Verified Purchase
I've always enjoyed the books by Stephen King and Dean Koontz where they get into the fantasy angle of things. They make me believe their "monsters" are real and I get quite caught up in it. Sadly, this book didn't do that for me. The "monster" wasn't explained well enough to feel real at all. I plodded through the book and didn't really get much out of it at all, even though it's a genre I'd normally enjoy. The only redeeming factor for me was the mother / daughter relationship, which I thought was well written.
Read more
Report abuse

2.0 out of 5 stars Confusing and choppy
Reviewed in Canada on 6 July 2017
Verified Purchase
I must not have read the description properly before picking this up. I didn't realize it would be a fantasy type crime/horror drama. I was a little surprised when "supernatural" things started to happen - they seemed out of place at first and I figured maybe it wasn't important but the next time you read about something weird happening it smacks you in the face and you're like "whoa - this book took a turn for crazy town". I found that the description of characters and atmosphere was lacking or disorientating and I was often confused why Lauren was telling us something about a character. Things seemed like they were relevant but not enough detail leaves you wondering why even bother in the first place. I really expected the different character stories to be more creatively woven together. I've seen it done many other ways and so I was disappointed. This book has a short story feel to it in that the characters and their back stories are explained quickly forcing you to piece it together but it builds so slowly that the final explanation for everything makes you think "that's it?" I can't stress enough the character development was lacking. I only finished it because I hate giving up on books. I won't read another book endorsed by Stephen King lol!

*SPOILERS BELOW*
Examples in the book where you're left feeling confused:

Early in the book Clayton meets up with his girlfriend and her son who apparently may or may not be Clayton's. You never find out if the son is Clay's, the ex gf pops up again briefly to say she saw Clay but that's it. Their relationship seems like a quick unthoughtful way to make things fit. Also this interaction is the first time we hear about Clay's "hallucinations" and it just sounds like he's sick and needs help. His career is art is poorly explained too... but all of a sudden before the Dream House Party he becomes absolutely amazing at art and the curator loves him... but doesn't find the art creepy until after he talks to the police and finds out Clayton is the murderer.

Layla and her friend Cas have this weird interaction with Velvetboy... it's like filler. They toy with him and nothing really comes of it. He shows up in the dream later on but is the reader supposed to know that he's actually part of the art installation or is he a dream? I thought it was stupid that nothing came of velvet boy. They spent a lot of time playing with him online. And don't ever get me started on Cas... her past isn't that shocking. Was she raped? Or did the boys fondle her? Who knows? And then Layla beats the shit out of Travis... was he an original poster - no, he just shared the video but Layla unleashes on him. Very weird. Who is Travis? He comes out of nowhere too. The more I think about this book the more confusing it gets.

Jen Q and Cate as Jonno's love interests. Cate doesn't EVER make it into the book other than as thoughts on Jonno's mind. Why even bother giving her a name and explaining how crushed he was she lost the baby. And Jen Q doesn't even seem into Jonno and yet they are in a relationship after a one night stand. And his age is so disjointed. All their ages are unexplained or unsuitable... I forgot multiple times that jonno is like 40, Tk is 60??? Super weird.

Honestly I feel like I had a weird copy of the book that had random pages missing from it. Did I miss chapters?? So confusing...
Read more
Report abuse