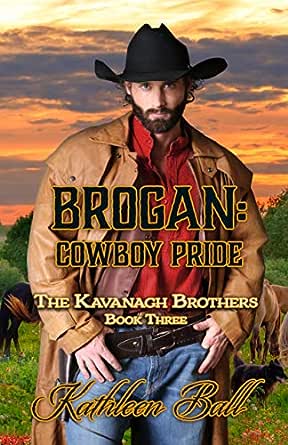 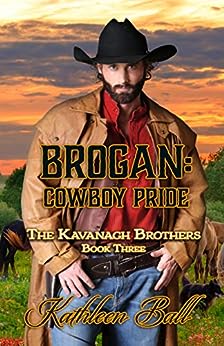 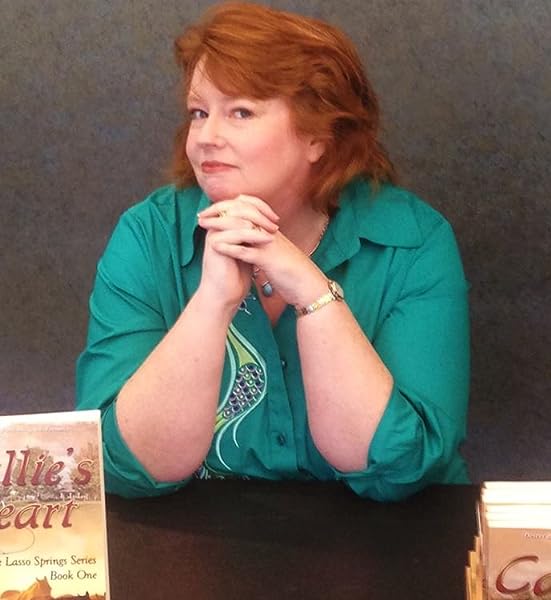 Christian Historical Western Romance Special Price until 1/31/20
Cowboy Brogan Kavanagh wants nothing better than to be left alone. Unfortunately, he’s left with no option and helps two women travelers. The Oldest spitfire, Ciara doesn’t trust him one bit and is constantly on her guard. Brogan is both amused and insulted by her attempts to keep him at arm’s length. He doesn’t want a woman in his life. What could go wrong?
Ciara Doyle has the weight of the world laying heavily on her shoulders. She is trying to get her and her sister Orla back to St. Louis after her parents died along the Oregon Trail. One wrong turn after another led her to Texas. Orla had been in an accident when she was fourteen and in her mind, she is forever fourteen.
They stop their wagon at a downed fence trying to make a plan but they are caught by Brogan who accuses them of ruining the fence to steal his horses. He realizes they are just down on their luck and short on supplies.
Brogan invites them to bring their wagon close to the house. Ciara accepts but with conditions. They will not accept charity, so they will work and there is to be no notions of anything improper. Brogan readily agrees after all he doesn’t trust people.
Will they ever be able to set aside their problems and acknowledge their growing attraction?

gcgirl7
TOP 1000 REVIEWER
5.0 out of 5 stars Loved it
26 January 2020
Format: Kindle Edition
Great read- loved this book and all the twists in it. The sister was a great add to. I look forward to the next book!

Lori Dykes
5.0 out of 5 stars A Wonderful Journey!
20 January 2020 - Published on Amazon.com
Format: Kindle EditionVerified Purchase
The strength and the determination of those who settled our country out west comes through in this wonderful story of loss and finding the strength to build trust and companionship.
Ciara and her sister Orla ended up on Brogan's ranch when they got lost trying to make their way back to St Louis. After losing their parents on the wagon train they only had each other.
Brogan was a bitter man, lacking trust due to his family's betrayals and was building his ranch and raising horses to earn his living.
Reluctantly he takes the two in so they can earn their keep in supplies to continue their journey. But fate steps in and they find much more than ever expected as they heal their wounded spirits and learn to trust. An amazing story that I could not stop once I turned the first page!!

Marlene
5.0 out of 5 stars Love those Kavanagh brothers...
14 January 2020 - Published on Amazon.com
Format: Kindle EditionVerified Purchase
He was a loner; his past was a mystery; and, he loved horses. He had no time for anyone much less females. Would he ever change his mind? Doubtful!! This is a wonderful book about Brogan. You will love it.
Read more
2 people found this helpful

Dawn
5.0 out of 5 stars Brogan
23 January 2020 - Published on Amazon.com
Format: Kindle EditionVerified Purchase
Step back into the old West as Ciara and her sister strive to find their way back to hine after tragedy strikes the family on the trail . Their pathway crosses Brogan's ranch and sparks fly. This tale in the Kavanah Brothers series brings romance, sparks and trust rebuilt.
Read more
One person found this helpful

Kindle Customer
5.0 out of 5 stars Love Conquers
27 January 2020 - Published on Amazon.com
Format: Kindle EditionVerified Purchase
Ciara and Orla are lost on there way back home, and end up on Brogan Kavanaugh's horse ranch. Brogan doesn't want them there because he wants to be left alone. Ciara and Orla show him he doesn't need to be alone. A great story and I look forward to read many more.
Read more
One person found this helpful

Martha Dunlap
5.0 out of 5 stars Another winner in this series
18 January 2020 - Published on Amazon.com
Format: Kindle EditionVerified Purchase
I love this series. Each book is a winner. Brogan did not disappoint. Great story. And I couldn't help but love all the characters except for Elmer. (He is a bad man). I am looking forward to the next story.
Read more
One person found this helpful
Go to Amazon.com to see all 48 reviews 4.8 out of 5 stars
Get FREE delivery with Amazon Prime
Prime members enjoy FREE Delivery and exclusive access to movies, TV shows, music, Kindle e-books, Twitch Prime, and more.
> Get Started
Back to top
Get to Know Us
Make Money with Us
Let Us Help You
And don't forget:
© 1996-2020, Amazon.com, Inc. or its affiliates