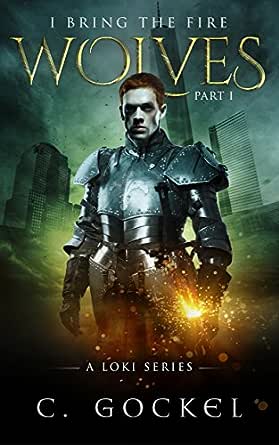 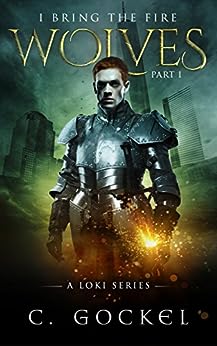 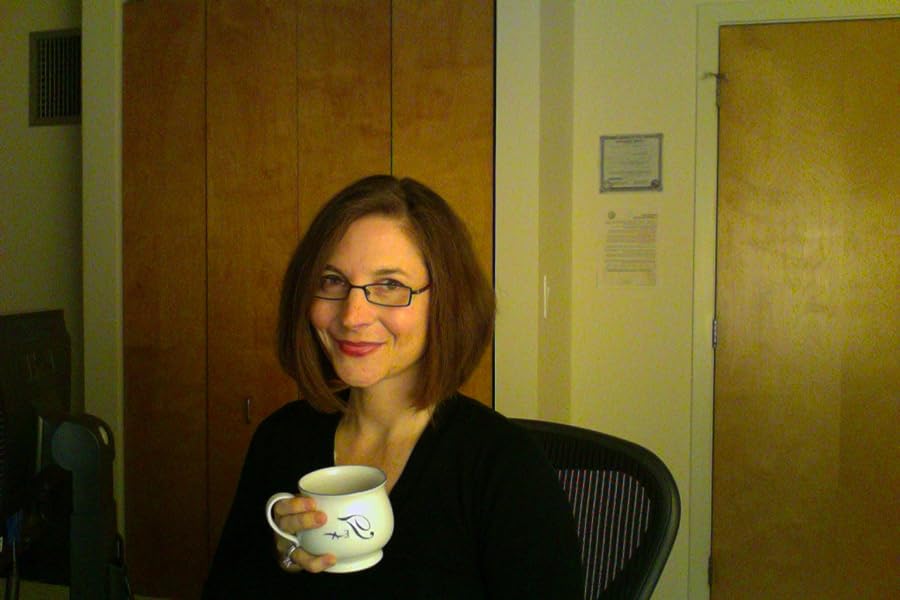 I Bring the Fire Part I : Wolves (A Loki Series) Kindle Edition

"The narrator made this book come to life, and I couldn't stop listening to it." ---Reading Around the Genres

Amy Lewis is on her way to her grandma’s house. She's being chased by a very bad wolf.

Galaxies away Loki, Norse God of Mischief and Chaos, is waking up in a prison cell, strangely without a hangover, and with no idea what he’s done wrong—this time anyway. He does know Thor is hiding something, Odin is up to something wicked, and there seems to be something he’s forgotten...

Amy's and Loki's fates are about to collide. They'll have to work together to defeat gods, elves, magic sniffing cats, and nosy neighbors. If Loki can remember what he’s forgotten, and Amy can convince him not to be too distracted by Earthly gadgets, Earthly pleasures, or three day benders, they just might pull it off...

This first installment of the USA TODAY bestselling I Bring the Fire is for anyone who suspects chaos and mischief makers might have their own redeeming qualities, and anyone who just wants a good fantasy romp through modern Earth, ancient Asgard, and beyond!

Trina H
TOP 1000 REVIEWER
4.0 out of 5 stars Bit confusing but good read
12 November 2018
Format: Kindle EditionVerified Purchase
You have to concentrate on this book as it travels to different places and time frequently. Is still interesting and leaves you with a cliff hanger ending therefore needing to progress to the next book to see where it will go.
Read more
Helpful
Comment Report abuse

Trevor Willmot
5.0 out of 5 stars A new twist on old Norse mythology
3 January 2017
Format: Kindle EditionVerified Purchase
Well written, thoroughly entertaining, suitable for anyone who likes the old Norse tales & modern fantasy. I look forward to the rest of the series in anticipation the author can keep it up. I see there are a number of other works as well, and I look forward to discovering those as well, as time permits
Read more
Helpful
Comment Report abuse

Rachie Reads
TOP 1000 REVIEWER
5.0 out of 5 stars Mischief abounds
8 July 2018
Format: Kindle EditionVerified Purchase
I really enjoyed the glimpse into everything that could be Loki and Asgard. The characters had depth and developed nicely.
Read more
Helpful
Comment Report abuse

Fox Hayley
4.0 out of 5 stars Adventures with Amy and Loki.
4 December 2016
Format: Kindle EditionVerified Purchase
I really liked it. It was fun to read though a little hard to get started only because Im not used to the writing style. Bought book 2 straight after
Read more
Helpful
Comment Report abuse

Garry Simmons
5.0 out of 5 stars Loki's loose on Earth
4 May 2017
Format: Kindle EditionVerified Purchase
I really liked the storyline. The humour i found funny. I even liked the "humanity" in Loki. I need to get reading the next book now!
Read more
Helpful
Comment Report abuse

Rod Jones
4.0 out of 5 stars Entertaining
27 October 2016
Format: Kindle EditionVerified Purchase
an entertaining direction the author has taken with this I enjoyed reading it. Will be reading more from this author.
Read more
Helpful
Comment Report abuse

Nocturnus
5.0 out of 5 stars Loki: Bound to Earth :)
24 January 2016
Format: Kindle Edition
This series must be read in order. This is the first book. I can't wait to read Monsters!

I adored this original new take on Loki :) Instead of being the dark evil being most portray him as C. Gockel shows the god's mischievous trickster side instead. Loki is one of the most misunderstood gods in the Norse pantheon.

The action and adventure kept me on the edge of my seat right until the end of this book. I have never been more amused by a god hiding in plain sight. It is totally believable (and more scary than I want to admit) the thought of Loki hiding among us and interfering in our little lives. I can't wait to read the rest of this series! Modern fantasy with loads of twists.

***This series is suitable for adult readers who enjoy stories detailing the modern exploits of the Old Gods mixed with scifi, fantasy, action, adventure and plenty of humor with a dash of romance and a bit of horror :)

Go to Amazon.com to see all 715 reviews 4.2 out of 5 stars
Get FREE delivery with Amazon Prime
Prime members enjoy FREE Delivery and exclusive access to movies, TV shows, music, Kindle e-books, Twitch Prime, and more.
> Get Started
Back to top
Get to Know Us
Make Money with Us
Let Us Help You
And don't forget:
© 1996-2020, Amazon.com, Inc. or its affiliates