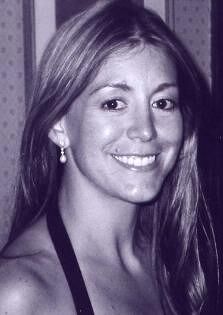 Page 1 of 1 Start overPage 1 of 1
This shopping feature will continue to load items when the Enter key is pressed. In order to navigate out of this carousel please use your heading shortcut key to navigate to the next or previous heading.
Back
Next
Start reading Brilliant (Avery Sisters Trilogy Book 3) on your Kindle in under a minute.

Rachel Vail is the author of the Friendship Ring series and the Avery sisters trilogy, which includes the critically acclaimed Lucky and Gorgeous, as well as the novels You, Maybe; If We Kiss; Do-Over; Ever After; Daring to be Abigail; and Wonder. Rachel is also the author of the picture books Righty and Lefty: A Tale of Two Feet, Sometimes I'm Bombaloo, and the series of early reader books Mama Rex & T. Rachel lives in New York City with her husband and two sons.

peterl
5.0 out of 5 stars A fun read
Reviewed in the United States on 15 June 2010
Verified Purchase
I read Lucky and Gorgeous, the first two books in this series, and really liked them, mainly because I like the way that Vail describes the relationships between the Avery sisters and their friends, so I couldn't wait to read Brilliant, the third and last one, to read about Quinn, the oldest Avery sister.

If you have read Lucky or Gorgeous, which are told from the point of view of Phoebe and Allison Avery, you know that they, along with their older sister, Quinn, are going through a financial crisis because their mother, who is the primary bread winner in the family, has done something wrong on her job (we don't know exactly what) and it has jeopardized not only her job, but the financial security of the family.

In this book, which is told from Quinn's point of view, we learn a little more about what Mrs. Avery did in her job that caused the problem and which now requires them to sell their house and move in, temporarily, with Mrs. Avery's parents.

Her family's financial difficulties are followed by some more personal difficulties for Quinn. She has a brief romantic encounter with her sister's (ex?) boyfriend, and then has some humorous moments with the extremely good-looking but incredibly shallow and self-centered playboy, Mason. I didn't really disapprove of her conduct, though. After all, isn't being young and single supposed to allow one the freedom to experiment and not be tied down? Still, by the end of the book I was rooting for Quinn to dump the moron and go for the brilliant Oliver whom she had know all her life.

I particularly liked the way that Vail describes the funny moments that arise between Quinn and her family members when, for example, Quinn discovers why the ice cubes in her grandparents' freezer are yellow.

I also liked how Quinn was forced to confront her own shortcomings (why does Quinn engage in reckless behavior, including kissing her sister's boyfriend?) and the shortcomings of others (Quinn's new friend, Adriana, turns out to be a shallow and mean person).
Her behavior becomes increasingly rebellious and as she tries to shed the chains of being the "good" girl that everyone expects her to be and act like a party girl, she has a brush with disaster.

The issues that the books deals with are familiar but thanks to the many perceptive observations, they are shown in a new light. By the end of the book, Quinn may not have have resolved for herself, and the reader, some difficult ethical issues, but at least she has shed some light that made me feel like I understood them better.

It seems to me that what sets a moral person like Quinn apart from some of the less appealing characters in the book is that she cares enough to struggle with issues of morality, and the others simply don't care, or are incapable of caring. Quinn has grown up, and one gets the feeling that she and her sisters are stronger for having gone through such a difficult experience.

There is a fair amount of tension in the family because of that, but in each of the books in this series, there is humor and I found myself laughing out loud more than once. Eventually, there is also some resolution which leaves you feeling like you learned something about how we all deal with crises and hopefully learn from them. As Quinn would say: "It's a start."

Sophia
5.0 out of 5 stars Another Brilliant Book Review
Reviewed in the United States on 5 December 2013
Verified Purchase
This was a fantastic book, for those of you who love those teenage love story that have some drama in them, you will love this book. I absolutely love Quinn, and if you have read the first two books of the Avery Sisters Trilogy, you know what I mean. Please read this book, you will not regret it!
Read more
Report abuse

lovefromthreelakes
4.0 out of 5 stars Good book
Reviewed in the United States on 27 November 2012
Verified Purchase
Not the greatest book I've ever read, but I couldn't put it down. Best of the series! Great story, Quinn is my favorite of the Avery sisters.
Read more
Report abuse
See all reviews
Get FREE delivery with Amazon Prime
Prime members enjoy FREE Delivery and exclusive access to movies, TV shows, music, Kindle e-books, Twitch Prime, and more.
> Get Started
Back to top
Get to Know Us
Make Money with Us
Let Us Help You
And don't forget:
© 1996-2020, Amazon.com, Inc. or its affiliates