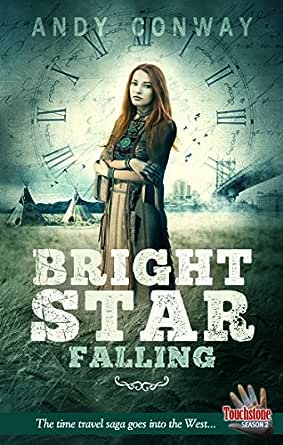 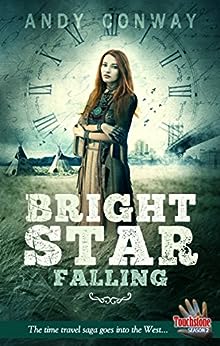 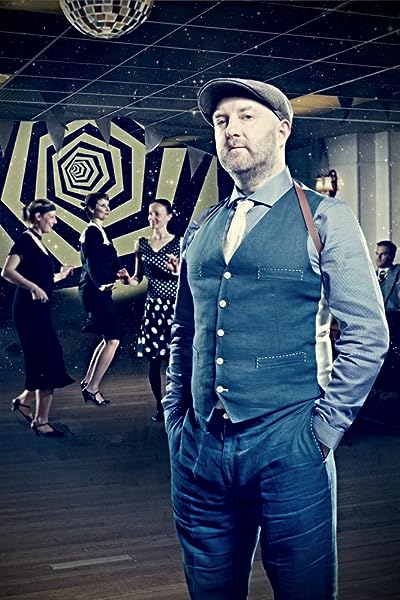 D. M. Etheridge
5.0 out of 5 stars A gripping and compelling addition to Andy Conway's Touchstone series.
Reviewed in the United Kingdom on 17 April 2018
Verified Purchase
Andy Conway’s time travel sage opens in dramatic style: a white woman falls from the night sky onto the plains of Montana in the late 19th century. She is adopted by Sitting Bull’s Lakota tribe and given the name Bright Star Falling.

Bright Star Falling is treated by suspicion by some members of the tribe. She is feared for her ability to foresee the future, although she has been declared to be in the possession of magic by the brave who found her. However, her visions of future events are clouded by dreams of her past life as Katherine Bright.

Katherine soon becomes part of the tribe and its culture during the build up to the Battle of the Little Bighorn. Bright Star Falling distinguishes herself in the bloody fight with the blueshirts of the cavalry. Andy Conway recounts the battle as it waxes and wanes, back and forth in waves of charging braves and soldiers with assured power and, at times, a delicate lyrical touch. In the midst of the throes of battle, a bullet passes through a tipi, leaving two neat holes through which a thread of sunlight hung.

Following the end of the ‘Indian wars’, the government of America deceived the Indian nation. A decade passes in an instant for Katherine and she is transported to a time when some of the Indians she lived with are reduced to appearing in travelling shows. She makes her way to New York and seeks out Buffalo Bill’s Wild West show to warn Sitting Bull of something she saw in a vision.

Katherine seizes an opportunity to travel to England with the show. Could this be her chance to return to her former life? The story ends with Katherine musing on her journey by sea to Europe: I saw myself suddenly as a stone skimmed across time’s river. A tantalising and deeply poetic phrase, which entices the reader to want to find out what happens to Katherine.

Andy Conway’s extraordinary paean celebrating Lakota culture is gripping and compelling. The telling of the experiences of his heroine, Katherine Bright, is a highly inventive way to convey the tribe’s way of life and their demise at the hands of a duplicitous government. I am eagerly awaiting the next part of the story: Bright Star Rising.

Andy always includes meticulous immersive detail about the time and the place in which his characters find themselves. I find this immensely satisfying, and this novel is no different with truly educational and sensitive depictions of the Lakota, and the events and skirmishes leading up to what is known as "Custer's Last Stand".

It's hard to say more without spoilers but it's a great book. Whilst it's not necessary to read the other Touchstone books to enjoy Bright Star Falling, you'll understand SO much else if you do...
Read more
Report abuse

BM
5.0 out of 5 stars Another masterpiece by Andy. Conway
Reviewed in the United Kingdom on 28 August 2017
Verified Purchase
Time travel now moves to the United States in the 19th century, when a young white girl finds herself in a Red Indian community. She knows she does not belong there, she also knows that the soldiers will be coming to clear the land of the Indians. Can she warn of the battles to come? Can she find her way home, wherever that is?
Read more
Report abuse

Adrian Bradley
4.0 out of 5 stars A Good Read
Reviewed in the United Kingdom on 6 July 2017
Verified Purchase
A good read. One gets the impression that the author has done his historical homework, so one really seems to get a 'feel' of the time and so learns something in addition to being well entertained.
Read more
Report abuse

Cloggarhythm
5.0 out of 5 stars A pre- touchstone story covering the last days of the wild west
Reviewed in the United Kingdom on 4 May 2019
Verified Purchase
A good story well told
Read more
Report abuse
See all reviews
Get FREE delivery with Amazon Prime
Prime members enjoy FREE Delivery and exclusive access to movies, TV shows, music, Kindle e-books, Twitch Prime, and more.
> Get Started
Back to top
Get to Know Us
Make Money with Us
Let Us Help You
And don't forget:
© 1996-2020, Amazon.com, Inc. or its affiliates