Bridge of Scarlet Leaves and over 1.5 million other books are available for Amazon Kindle . Learn more
Share <Embed> 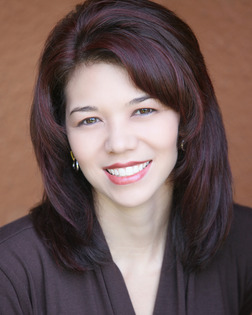 Page 1 of 1 Start overPage 1 of 1
Previous page
Next page
Start reading Bridge of Scarlet Leaves on your Kindle in under a minute.

Kristina McMorris is a New York Times bestselling author and recipient of more than twenty national literary awards. She lives in the Pacific Northwest with her husband and two sons. She is the author the widely praised novels The Edge of Lost, The Pieces We Keep, Letters from Home and Bridge of Scarlet Leaves. For more, visit KristinaMcmorris.com.

4.4 out of 5 stars
4.4 out of 5
283 global ratings
How are ratings calculated?
To calculate the overall star rating and percentage breakdown by star, we don’t use a simple average. Instead, our system considers things like how recent a review is and if the reviewer bought the item on Amazon. It also analyses reviews to verify trustworthiness.

Rachele
4.0 out of 5 stars It's really sad
Reviewed in Australia on 27 May 2020
Verified Purchase
It is a good book so I won't spoil the ending. All I will say is that its really depressing and I like happy endings. This book does not have a happy ending. Really wished this had a happy ending. It could have had a happy ending but it didn't. That's why it deserves 4 stars. It evokes strong emotions, nearly made me cry and I never cry.
Read more
Helpful
Report abuse
See all reviews

BC Belle
4.0 out of 5 stars Bridge to another era
Reviewed in Canada on 17 June 2016
Verified Purchase
This books deserves a strong 4 stars! As historical fiction it is excellent, and well researched. The author has done a good job of stepping into the era and she has not shied away from the harshness and reality of the time. As is so common, the characters sometimes make decisions that are questionable other than it continues to carry the plot along. Love, family dynamics, wartime necessity and much more figure into the story. I liked the fact that there were twists in the action that were unexpected. I can't help but wonder where the title came from though? I don't recall much about leaves or scarlet. I loved the authors notes at the end giving an explanation of many of the factors she included in the novel.
Read more
Report abuse

Mikki
5.0 out of 5 stars Great story line
Reviewed in Canada on 17 May 2020
Verified Purchase
Brings out many conditions and values of the times ... and provides insight into the camps in America... sad commentary on the beliefs... has it changed now ???
Read more
One person found this helpful
Report abuse

Tony Austen
2.0 out of 5 stars Two Stars
Reviewed in Canada on 8 June 2015
Verified Purchase
Forgot it almost as soon as I read it.
Read more
One person found this helpful
Report abuse

SUSAN PETERSON
5.0 out of 5 stars Loyalty and survival
Reviewed in the United States on 6 February 2016
Verified Purchase
Bridge of Scarlet Leaves is historical fiction at its finest. The author effortlessly weaves facts and fiction, creating a vibrant, heartfelt story of enduring love during a time of war and, in the case of Japanese-Americans, degradation. Maddie Kern is a violinist, seemingly destined for greatness, when she falls in love with Lane Moritomo, her brother's best friend and the son of Japanese immigrants. Despite their families' disapproval, they elope on the eve of the Pearl Harbor attacks. Lane and his family have suddenly become enemies of the nation, about to withstand the hardships, humiliation, and danger that entailed. This book takes us on a journey through relocation camps, the war in the Pacific, and the Homefront. All of the characters in this book undergo dramatic transformations as they struggle to survive the horrors and uncertainties of wartime. Loyalties are tested, injustices are dealt with, and all of them must learn how to survive without losing themselves along the way.
Read more
13 people found this helpful
Report abuse

Sarah L. Gruwell
5.0 out of 5 stars Great Characterization, Story-Telling, and Historical Research Interwoven Together For A Great Novel
Reviewed in the United States on 9 November 2014
Verified Purchase
I've got to give kudos to this author and her attention to historical detail. The reader immediately gets how much research she has put into this and the care she has taken with the littlest of details. And there are just so many areas of WWII explored in this: intimate details of life in Japanese internment camps, the role of Nisei in the army, the horrific life in Japanese POW camps, the huge changes in the daily lives of Japanese American citizens on the West Coast both pre, during, and post war. The author brings it all to life in an astounding way.

The author pays just as much detail on her relationships and the characters in them. Every attachment between our characters is nuanced and has incredible depth. They ebb and flow with the changing events of WWII on the American home front to become something very different than in the beginning of the book. The author takes the time to illustrate how these historical events impact her characters and their lives in wonderful ways. The characters themselves are also varied and show the impact the war has on people. Every single individual goes through varied changes and emerges at the end of the war as a more rounded person, changed for better or worse by the heavy impact of war and prejudice.

I really enjoyed this novel. It tells an intriguing story in a historical setting that is researched well. The characters and their relationships show the author’s skills in the characterization and story-telling department. I would definitely read more books by this author. This was a great introduction to her and the era and setting in general.


Read more
10 people found this helpful
Report abuse
See all reviews
Get FREE delivery with Amazon Prime
Prime members enjoy FREE Delivery and exclusive access to movies, TV shows, music, Kindle e-books, Twitch Prime, and more.
> Get Started
Back to top
Get to Know Us
Make Money with Us
Let Us Help You
And don't forget:
© 1996-2021, Amazon.com, Inc. or its affiliates