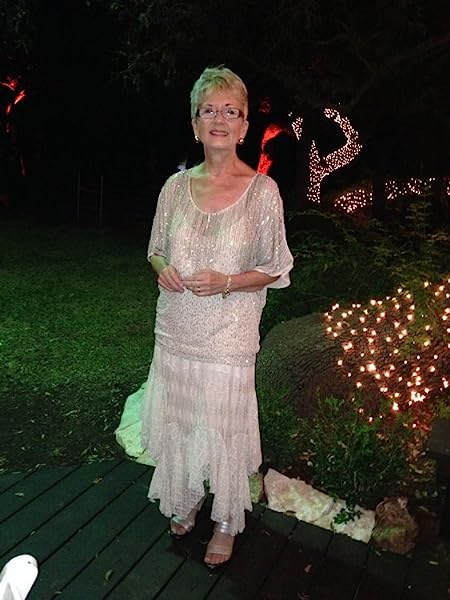 Renee is married. To a guy. An Engineer. When they were first married Renee asked her hubby how much he loved her, and he said, "50 board feet."

Renee tells us she was in heaven. She assumed '50 board feet' was something akin to 50 light years - you know, the length of time it would take a board to travel to the sun or something - times 50. Okay, so Renee admits she's no math whiz. It took a lot of years before she found out 50 board feet actually meant 50 feet of board.

She confronted her husband with this knowledge, demanding, "You mean, when we were first married, and you were at your most passionate, most adoring, that was all you could come up with - You loved me 50 board feet?"

But Renee admits it was her own fault. When she was dating, she specifically looked for a man who was good in math. She was so lousy at it, she had a horror of ever having to help children of her own with their arithmetic. So, once a man she dated let it slip that he couldn't multiply in his head, it was goodbye Sailor!

If you want to know how Renee's 'looking-for-Mr.-Sliderule' worked out, well, by the time her children were fifth graders, they were better in math than either she or her husband. Besides that, they also spelled better. As it turned out, by marrying a smart man, Renee says she got an unexpected bonus! Smart kids! Who'da thought?

Renee says even she has become stronger due to writing spunky heroines. Once, when she was being belittled for what she wrote, she was preparing to be defensive, backing away flinching, when suddenly, in her mind, she screamed at herself, Good grief, Renee, your heroine wouldn't be cringing and cowering like this!

So she stood up to the woman who was disparaging her, telling her what she really thought. Interestingly, instead of getting a scowling dressing-down, the disparager blinked, stuttered and disappeared into the crowd.

Ah, power! The power of having the courage of our convictions. Renee firmly believes that's what romance novels help us find - those of us who read them, as well as those of us who write them. So now you know who Renee Roszel is and why she loves what she does. Oh, one other thing - Renee adds, "I love you 50 board feet...."

With over eight and a half million book sales worldwide, Renee Roszel has been writing for Mills & Boon and Silhouette since 1983. She has over 30 published novels to her credit. Renee's books have been published in foreign languages in far-flung countries ranging from Poland to New Zealand, Germany to Turkey, Japan to Brazil.

Renee loves to hear from her readers. Visit her web site at: www.ReneeRoszel.com or write to her at: renee@webzone.net or send snail mail to: P.O. Box 700154 Tulsa, OK 74170

Before we get into the boring details of Renee's many long years of writing, here's something fun! Get a chance at a $50 Amazon Gift Card by liking Renee Roszel's "Renee Roszel Romance Author" Facebook Page! Not only will you get a chance at that really cool gift card, with each LIKE Renee will donate $1 to her local no kill animal shelter. Besides writing, Renee is a big promoter of adopting a shelter dog or cat and she spends several afternoons a week volunteering at her local shelter thrift shop (which she helped start). So get a shot at that $50 prize and help homeless dogs and cats at the same time. Check out her Facebook page now! http://www.facebook.com/pages/Renee-Roszel-Romance-Author/431832430214760

Renee Roszel has been writing for Harlequin and Silhouette since 1983. With over 40 published novels to her credit. Her writing credits include: Oklahoma Writer of the Year (Presented by the University of Oklahoma Short Course for Professional Writers), repeated finalist standing for Romance Writers of America's prestigious National RITA award, as well as multiple nominations for Best Short Contemporary Novel by 'Romantic Times' Magazine. Renee's books have been published in foreign languages in far-flung countries ranging from Poland to New Zealand, Germany to Turkey, Japan to Brazil. She is the past president of both Tulsa Tuesday Writers and Wichita Area Romance Authors.

Renee loves to hear from her readers. Visit her web site at: http://www.ReneeRoszel.com or write to her at: ReneeRoszel@sbcglobal.net