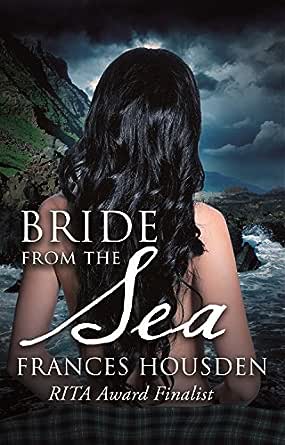 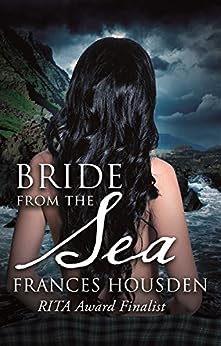 Bride From The Sea Kindle Edition

Frances Housden lives in New Zealand-a beautiful country not so very different from Scotland, where she was born. She began her career as a published writer after winning Romance Writers of New Zealand's prestigious Clendon Award. She went on to pen six very successful novels for Silhouette Books, where she merged her penchant for characterisation with her love of suspense. She is now delving into the world of historical romance, using her love of history to take her readers on an exciting trip into the lives of memorable characters.
click to open popover

Suze Lavender
TOP 50 REVIEWER
5.0 out of 5 stars Very romantic
Reviewed in Australia on 2 March 2017
Celestina's father is convinced he'd better take his daughter away from Spain, by boat, because of the many battles that are being fought there. Women on board of ships are being considered bad luck and after losing her father's protection the men are threatening Celestina. The only thing she can do to save her life is jumping into the sea. She miraculously survives this and ends up on the Scottish shore. There she's being rescued by Niall and he takes her home, believing her to be a Selkie.

Niall is a laird who just got back to his family after a long period of absence. He's a widower with three daughters. Selkies are supposed to bring good luck, so he's delighted to find one on his beach and he hopes she will stay with them. Selkies aren't supposed to remain on land though, but Niall immediately likes Celestina and thinks of her as his Selkie. He isn't prepared to let her go and Celestina would love to stay, but will Niall feel the same way when he discovers she isn't a Selkie?

Bride from the sea is a lovely romantic story. Celestina is kindhearted and brave. She fights for her own happiness and fortunately after a terrible loss the sea gives her a break by sparing her. Niall is smitten with Celestina. He's a strong man with an attitude, but he's also friendly and fair. He can't believe his luck when the water brings him the woman of his dreams. He's big, he's a tough warrior and he likes challenges, but he also loves deeply. I loved his unpolished personality and couldn't wait to find out what would happen to him and Celestina. They have plenty of sparks, but at the same time they are tender and sweet, which I found an endearing combination.

Bride from the Sea has a gorgeous setting. I immediately fell in love with the stunning Scottish coast and loved Frances Housden's descriptions of the landscape. Her writing has an authentic feel because of her fabulous choice of words. Some of them are old fashioned and they make the story even more wonderful. I liked the idea of true love between a laird and a woman from the sea. I love stories about Selkies and this is definitely a great one. I really enjoyed reading this amazing story.