Skip to main content
The Bride of Ivy Green (Tales from Ivy Hill Book #3) and over 1.5 million other books are available for Amazon Kindle . Learn more
Share <Embed> 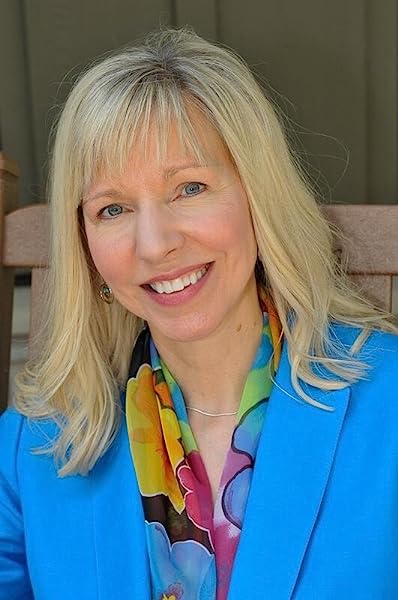 Page 1 of 1 Start overPage 1 of 1
Previous page
Next page
Start reading The Bride of Ivy Green (Tales from Ivy Hill Book #3) on your Kindle in under a minute.

Come home to Ivy Hill, where friendship endures, romance triumphs,
and mysteries are revealed in this eagerly anticipated conclusion. . . .

Spring is in the air . . . and change is too. Mercy Grove has lost her girls' school and is resigned to life as a spinster, especially as the man she admires is out of reach. She contemplates leaving Ivy Cottage to become a governess--a decision with consequences she never imagined.

Meanwhile, her friend Jane Bell is facing a difficult decision of her own. Should she accept Gabriel Locke even if it means giving up her inn and destining another man to a childless marriage?

When a secretive new dressmaker arrives in the village, Mercy, Jane, and the other ladies of Ivy Hill attempt to befriend her, but they soon suspect she isn't who she claims to be.

Together, the women of Ivy Hill look forward to one wedding, but surprises lie in store and dearly held dreams may yet come true.

"Set in 1821 in the idyllic English town of Ivy Hill, book three in Klassen's Tales from Ivy Hill series is a charming meander through the lives, loves, and difficulties of three friends. . . . Readers of previous installments will enjoy the small but important developments of Klassen's large, memorable cast."--Publishers Weekly

"Klassen has written a fitting conclusion to her series. . . . The faith elements are light-handed, as the characters face their new challenges in their lives and learn to trust God in all situations. Readers will appreciate the nod to Jane Austen, as well as the depth of the historical details, as they return to Ivy Hill."--Christian Library Journal


Praise for TALES FROM IVY HILL


". . . a beautifully realized English village setting, a memorable cast of characters, and charming hints of love for more than one of the residents of Ivy Hill."--Booklist

"Klassen's sweet and gentle Tales from Ivy Hill novel returns readers to the bucolic Regency-era small English town. The story follows several women as they become accustomed to their changing circumstances. Each woman faces her new challenges with grace and faith."
--Publishers Weekly

Julie Klassen (www.julieklassen.com) loves all things Jane--Jane Eyre and Jane Austen. Her books have sold over a million copies, and she is a three-time recipient of the Christy Award for Historical Romance. The Secret of Pembrooke Park was honored with the Minnesota Book Award for Genre Fiction. Julie has also won the Midwest Book Award and Christian Retailing's BEST Award and has been a finalist in the RITA and Carol Awards. A graduate of the University of Illinois, Julie worked in publishing for sixteen years and now writes full time. She and her husband have two sons and live in a suburb of St. Paul, Minnesota. For more information, visit www.julieklassen.com.

4.7 out of 5 stars
4.7 out of 5
253 global ratings
How are ratings calculated?
To calculate the overall star rating and percentage breakdown by star, we don’t use a simple average. Instead, our system considers things like how recent a review is and if the reviewer bought the item on Amazon. It also analyses reviews to verify trustworthiness.

Vicky Dedda
5.0 out of 5 stars BEAUTIFUL SERIES
Reviewed in Australia on 30 December 2018
Verified Purchase
This book is a beautifully written ending to a wonderful series. Let me say that each of the books are stand alone. I only read series that are stand alone so each of the books you can finish with satisfaction. But the finale, it is wonderful, a beautiful heartfelt book which makes you feel like you have made lifelong friends in the residents of Ivy Green and each of them find their way. It is a lovely book, you will not be disappointed.
Read more
Helpful
Report abuse

Dr Dragonlady
5.0 out of 5 stars A delightful series
Reviewed in Australia on 9 June 2019
Verified Purchase
Julie Klassen is brilliant. The world created in ivy Hill is one of a tight knots community with its joys, triumphs, sorrows and challenges. Klassen believes in HEA, but her characters don’t escape disappointment, tragedy or grief. The character development of character is superlative, and I’d love more stories from Ivy Hill, especially a HEA for James Drake.
Read more
Helpful
Report abuse
See all reviews

Isabelle Ladwig
5.0 out of 5 stars Great storyline!
Reviewed in Canada on 13 February 2021
Verified Purchase
Julie Klassen is a great writer, with just enough romance, history and intrigue to keeping you wanting to turn the page to see what happens next! Read all of the novels in this series and loved everyone of them.
Read more
Report abuse

RM
5.0 out of 5 stars Wonderful author
Reviewed in Canada on 18 April 2020
Verified Purchase
Completed the the series and was not disappointed.
Read more
Report abuse

Beth
4.0 out of 5 stars Satisfying Conclusion!
Reviewed in the United States on 17 December 2018
Verified Purchase
This is a beautiful, satisfying conclusion to the Ivy Hill series, one that I both dreaded ending yet couldn't read fast enough to see what happened to my friends. While I am very attached to Jane and loved seeing her story continue here, I was thrilled to see Mercy, who I consider to be the other main character, get so much page time here. Her story is just so lovely and endearing, and after a lot of heartache, it was good to see her happiness. Although there were a few times that I wondered how it would come about, and it left me wishing more for another character, all in all, Mercy's story culminates in just the way it needs to.

Jane's story has several new discoveries that kept it feeling fresh and entertaining. I also appreciated that life's stings are still present, as to make everything work out perfectly would have felt a bit unrealistic. It very much has the feeling of taking the bitter with the sweet and appreciating what you're given.

I wasn't quite as enamored as the third story line of Victorine, but in the end, it's neat to see where she fits in and solves a significant mystery that harkens back to the first book. I was pleased - more like thrilled - to find out that there will be a Christmas novella. I know who I'd like it to be about, but of course, will be happy just to be back in Ivy Hill again.

I have loved this series and am definitely sad to see its end. I do strongly recommend reading this one from the beginning, as so much builds with each book. It's a series that I could read again one day. Now to begin the long wait until another novel by Julie Klassen.

Also, if you need a refresher on the characters, there is a list on the Ivy Hills website.
Read more
10 people found this helpful
Report abuse

Laura's Reviews
4.0 out of 5 stars Wonderful Conclusion to the Tales of Ivy Green Series
Reviewed in the United States on 22 January 2021
Verified Purchase
Mercy Grove has sadly had to give up her girls’ school at the return of her brother and his bride to Ivy Cottage. She soon finds herself an unwelcome guest in her own home. She contemplates taking a governess position, but what will that do to her position in life? Jane Bell has to decide whether to marry her true love Gabriel Locke, even though she may need to give up managing her beloved Inn. Can she marry Gabriel knowing that she may never be able to have a child? What will she do when her estranged father reappears from India with a new young son? Justina is being pressured to marry by her mother. Will she wed her mother’s choice? Who is the strange new seamstress in town? Is she all that she seems to be?

The Bride of Ivy Green is the third novel in the Tales from Ivy Hill series. It is set in the small town of Ivy Green in England in 1821. I love character driven novels and this series has really let me get to know the people of Ivy Hill and to enjoy their personal triumphs. The Bride of Ivy Green has more than one wedding in it that brings the series to a satisfying conclusion. I enjoyed the story and especially loved that the women work together in their own club to try to further women of business further in their small town. The novel was a slower read for me.

Favorite Quotes:
“Life is full of risks, thrilling and terrifying at the same time – rather like a tightrope act.”

“James told me you saw the good in people, even with evidence to the contrary. I see what he means.”

Overall, The Bride of Ivy Green is a gratifying conclusion to the Tales of Ivy Green series, although I would love to read more about these wonderful characters.

Amazon Customer
5.0 out of 5 stars A Lovely conclusion to this series
Reviewed in the United States on 23 December 2018
Verified Purchase
I'm really not much of a series reader, but I love Julie Klassen's writing style. I have loved every minute I have spent in Ivy Hill. The characters and setting are charming. This series is the ultimate comfort reading for me. This entry wrapped everything up nicely. I would love to spend more time with these characters. I'm really sad to see them go. I would recommend this series to lovers of quiet, cozy novels and Regency era fiction. Make sure you start with the first book, The Innkeeper of Ivy Hill.

I received a free copy of this book through Netgalley.
Read more
4 people found this helpful
Report abuse
See all reviews
Back to top
Get to Know Us
Make Money with Us
Let Us Help You
And don't forget:
© 1996-2021, Amazon.com, Inc. or its affiliates