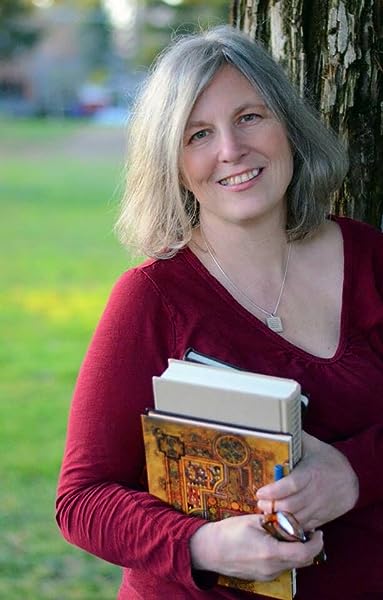 by Kimberly Cates (Author)
4.6 out of 5 stars 71 ratings
See all formats and editions
Sorry, there was a problem loading this page. Try again.

Get 90 days FREE of Amazon Music Unlimited
with the purchase of any eligible product. Shop now
Start reading Briar Rose (Celtic Rogues Series Book 4) on your Kindle in under a minute.

Kristin Hannah author of "On Mystic Lake" "Briar Rose" is everything that a romance should be and more. A haunting, beautifully written love story, it will stay with you long after the last page is turned.

4.6 out of 5 stars
4.6 out of 5
71 global ratings
How are ratings calculated?
To calculate the overall star rating and percentage breakdown by star, we don’t use a simple average. Instead, our system considers things like how recent a review is and if the reviewer bought the item on Amazon. It also analyses reviews to verify trustworthiness.

Amazon Customer
5.0 out of 5 stars Second book, both great
Reviewed in Australia on 15 August 2017
Verified Purchase
I have now read two books by this author, who manages entwine a little magic into the lives of her characters, and draws you into believing a little bit too
Read more
Helpful
Report abuse
See all reviews

Sandra W
5.0 out of 5 stars Emotionally consuming, with an endearing charm!!
Reviewed in the United Kingdom on 5 October 2018
Verified Purchase
Always love Cates books they are packed full of passion and love yet driven by an ensnaring plot that manages to entangle you so deeply emotionally that you think about it for hours after. Briar Rose was an engaging read that instantly had me championing spirited Rhiannon in her campaign to break through Lion's walls and teach him how to emotionally connect and love. The chemistry, wit and additional characters that either draw you in or make you want to scream, all add to this absorbing read that's enveloped in torment, misunderstandings and an overriding desire to breakfree from these misconceptions and find happiness that neither hero or heroine deems is in their future or that they are ultimately worthy of. Loved it!!!
Read more
Report abuse

Kindle Customerter
5.0 out of 5 stars Thanks
Reviewed in the United Kingdom on 28 November 2018
Verified Purchase
Love
Read more
Report abuse

Hot Rod
5.0 out of 5 stars Captain Redmayne and Rhiannon Fitzgerald - a Love Match?
Reviewed in the United States on 11 June 2021
Verified Purchase
This is a lovely story that has characters who are notable. Lionel Redmayne is a special young man who is beloved by his father. Unfortunately, the father meets an untimely death. Having lost his mother earlier, Lionel ends up on the hands of his grandfather. Lionel’s personality is transformed after being placed in his grandfather’s hands. Lionel develops a hard shell that no one seems able to break through. Now raised by his grandfather, Captain Lionel Redmayne strikes fear in the hearts of all who serve in the military with him and others who do not. Paxton Redmayne, is the grandfather. He is as evil as they come. He is the one who molded and shaped Lionel into a cold-hearted, ruthless, heartless, cynical human being. He seeks to win at any cost. In making life miserable for others, however, he knows the harm he has done and believes he is not lovable. Essentially, Paxton Redmayne has created a monster in his own image, a person who uses his brain and wit to take from others while amassing wealth and other things he desires. If that means starving the poor or putting others in harm’s way, this is not his problem. Only as the story unfolds does Lionel learn the extent Paxton has gone to destroy anyone, and everyone and everything in his path. Ultimately, Lionel decides to get away from his grandfather. He goes against the wishes of his grandfather in choosing to take up a military career.
He knows he is not popular or loved. In fact, he knows his life is at risk. His fear that people assigned to kill him are in his own military unit. He suspects Lieutenant Josiah Williams, his next in command, and others, wants him dead. Captain Redmayne trusts no one. On a routine mission, he is wounded and left for dead. Two assassins are sent to find him, along with Sergeant Kenneth Barton, who is unaware that those accompanying him in the search, might want to find and make sure the captain is dead. Rhiannon Fitzgerald, daughter of the late Kevin Fitzgerald, is a gentle and loving soul. She is a secret weapon. She is loving, trusting, open, caring, and sees the good in people. It is Rhiannon who literally stumbles upon the wounded Captain Redmayne. She has been on her own since her father’s death and loss of his property. Fortunately, she has a special healing talent and love of animals. She uses those skills to heal animals and to take care of those who may need help. She applies her veterinary skills to the healing of the captain. There is so much more to the story. You have some of the background but still there is much to learn about the characters involved and the rest of the story. For example, you must sort out who are the good guys and who are not. I have not mentioned Mr. Samuel Knatchbull. Who is he? Does he help or hinder Captain Redmayne and/or Rhiannon Fitzgerald? Is Sergeant Kenneth Barton out to help the captain or is he among those who want the captain dead. What is Paxton Redmayne’s end goal?
Read more
Report abuse

KRM
5.0 out of 5 stars Another great read !
Reviewed in the United States on 7 June 2018
Verified Purchase
This was another great read from Kimberly Cates! When I was introduced to the Hero Captain Lionel Redmayne, I anxious to read how he could be transformed or redeemed into a Love interest for our heroine as he was hard hearted and without feeling, rude and selfish. But only Rhiannon, along with the help of the fairies could bring out the best in him. The characters are deep and richly developed. I laughed at the antics of Rhiannon when she was helping Lion to heal and cried at the harshness that Lion treated her with. But she does not give up, even following him to the barracks after he is healed and her persistence pays off. Great job!
Read more
3 people found this helpful
Report abuse

Sandigger1
4.0 out of 5 stars Quite good
Reviewed in the United States on 25 May 2016
Verified Purchase
This is Captain Lionel Redmayne's story. The Captain was in the previous book and was portrayed as a ruthless soldier who shows little to no emotion and threatens the Irish people and their beliefs. When he is fooled into going out to meet an informant (or so he thinks) to find out who is betraying him, he is ambushed and shot twice. He manages to crawl to a circle of standing stones and his assailants can't find him. They leave him for dead but a young woman, living like a gypsy finds him and nurses him back to health. The story then takes a turn when he tries to scare through seduction but finds she is quite willing. Instead of ravishing her he winds up telling her that he is only trying to force her to take him back to his garrison so he can get on with finding out who has betrayed him and who wants him dead. It is a surprising love story that takes you by surprise with all the unexpected twists. Very good!
Read more
2 people found this helpful
Report abuse
See all reviews
Back to top
Get to Know Us
Make Money with Us
Let Us Help You
And don't forget:
© 1996-2021, Amazon.com, Inc. or its affiliates