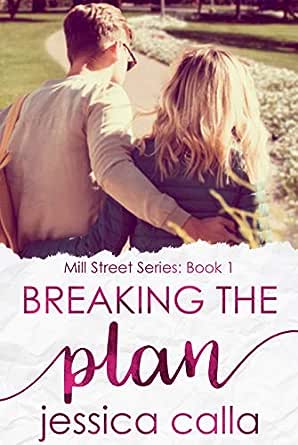 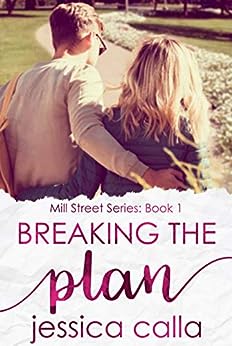 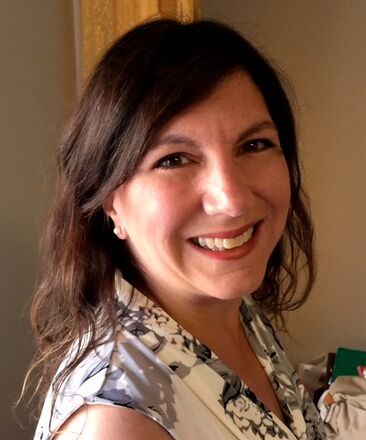 4.4 out of 5 stars
4.4 out of 5
87 global ratings
How are ratings calculated?
To calculate the overall star rating and percentage breakdown by star, we don’t use a simple average. Instead, our system considers things like how recent a review is and if the reviewer bought the item on Amazon. It also analyses reviews to verify trustworthiness.

Conglomerate
4.0 out of 5 stars Nice emotive tale
Reviewed in Australia on 18 September 2020
A Tad unusual to go from ambivalence to everlasting love in a matter of weeks. But I guess the author made it work.
Will read more of her works. Craft a believable story and tell it in a realistic way, and readers like me will always pick up.

Rosie
TOP 100 REVIEWER
5.0 out of 5 stars Not the future they planned. A well crafted college romance.
Reviewed in Australia on 23 July 2020
Verified Purchase
Oliver
Everything is all planned out. Finish pre-law, get engaged to Vi, get into Harvard, follow in his parents footsteps. Then music major, Vi gets a chance to go to Vienna for seven weeks and tells Ollie that she wants to take a break.
Devastated, he turns to Vi's room mate, Taryn to strategize how to get his girl back. Only thing is that the longer he spends with her, Taryn is starting to get under his skin, but in a good way. Way too good. She's not the party girl he thought she is. And she's so damn sexy.

Taryn
She comes across as easy, but she's not. Beautiful, sociable and successful with guys. She is struggling with college assignments and unmotivated. That's where Oliver can help her. But spending time with Oliver, she discovers he's not who she thought he would be and an attraction grows the longer they spend together.

Soon, they are falling in love. And Vi is due back home any minute.
Read more
Helpful
Report abuse

Susan murray
5.0 out of 5 stars Will they or won’t they
Reviewed in Australia on 9 August 2020
Verified Purchase
A great read for a day at the beach or sitting by the fire on a winters day.

An enjoyable book with a hero for once that doesn’t have a six pack. A refreshing change to read a love story with real characters we can all identify with, rather than mr and Mrs perfect.

A big plus is going to the gym wasn’t even mentioned. These two spent their time having fun and getting to know each other and I loved both of them. More please
Read more
Helpful
Report abuse
See all reviews

Carol Houle
5.0 out of 5 stars A story to remember
Reviewed in Canada on 25 July 2020
Verified Purchase
Well conceived situation; the passions perfectly executed. I understood and felt for the characters, shared their joys, heartbreak and hopes. The writer speaks from the heart and it shows. She also knows good parenting. A must-read if you like the whole enchilada and not just fluff.
Read more
Report abuse

Reads-A-Lot
3.0 out of 5 stars An okay story.
Reviewed in the United States on 22 November 2019
Verified Purchase
The plan: Violet and Olive to be together forever.

But she decides to break the plan

Violet decides to study abroad for 8 weeks in Vienna, thus, being the first time they would be apart since preschool. To Oliver, it just sounded like an opportunity to date other guys.

I agreed with Violet that Oliver can be very extreme. In fact, space would do them both good.

It’s college: Violet was choosing herself over him. What’s the big deal?

Oliver was too needy and Violet was too dependent. She needed this trip.

Story is written in the POV of Taryn (Violet’s roommate) and Oliver. The deal: Oliver gets Taryn to help him get Violet back in exchange for help in her studies.

This is just like Can’t Buy Me Love—party girl falls for the nerd. It mostly consists of lessons in being cool and Oliver vowing to get Violet back and not fall for Taryn’s womanly wiles.

nadine dandorf
5.0 out of 5 stars You need to add this to your beach bag!
Reviewed in the United States on 1 July 2019
Verified Purchase
Team Olivyn for the win! I love romances where the couple never sees their feelings coming and this was definitely one of those stories where those feelings were a wrecking ball. The saying ‘we make plans and God laughs’ was never far from my mind. Oliver and Taryn have never seen eye-to-eye except for their love of his girlfriend and her roommate, Violet, but when Violet calls a time out for ‘space’ to breathe while she’s abroad for a semester, Oliver makes a plan with Taryn to get Vi back in exchange for help with a class Taryn needs to pass. Although this is a romance and you know there’s a HEA, you will fall in love with Ollie and Taryn as they figure out how to get there. I loved how methodical Ollie discovers himself as he learns to let go of the plans he’d had set with Vi since high school and how wrong he’d been about who and what Taryn was. Taryn’s path was similar as her self-sufficient personality is tested against the vulnerability that comes with loving someone and the fear of betraying the roommate and best friend she’s had for three years. Their struggle is real, especially when Vi returns and decisions have to be made. Like real life, their decisions aren’t easy but it ends perfectly.
Read more
2 people found this helpful
Report abuse

Jaime Reynolds
4.0 out of 5 stars Sweet read
Reviewed in the United States on 2 August 2019
Verified Purchase
I will admit I was hesitant when I started reading this story and did not think I would get into it or like it much. Well I am glad I gave it a chance because I really enjoyed this. The story is sweet with characters that you will either love or dislike. I disliked Vi so much and felt for Ollie and was rooting for his happiness. Taryn is a character that can be relatable as she is misjudged based on her appearance and this happens a lot to people. I would definitely recommend this sweet romance and look forward to seeing more of these characters in the next book.
Read more
2 people found this helpful
Report abuse

heath1005
5.0 out of 5 stars Sweet, sexy, and so much more.
Reviewed in the United States on 18 June 2019
Verified Purchase
I have the utmost love for this story. Oliver And Tar are crazy awesome characters with a thirst for something neither of them expected to find in one another. This is the perfect opposite attract story blended with humor and angst and a delicious amount of sweetness I couldn’t get enough of. Jessica Calla is a go to author for me in new adult and Breaking the Plan certifies that. Highly recommended!
Read more
2 people found this helpful
Report abuse
See all reviews
Back to top
Get to Know Us
Make Money with Us
Let Us Help You
And don't forget:
© 1996-2021, Amazon.com, Inc. or its affiliates