Breaking The Habit (Short Sharp Shocks! Book 27) and over 1.5 million other books are available for Amazon Kindle . Learn more 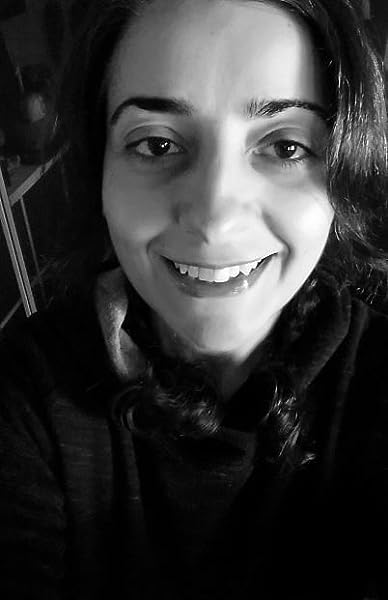 Start reading Breaking The Habit (Short Sharp Shocks! Book 27) on your Kindle in under a minute.

Morgan K Tanner
5.0 out of 5 stars Awesome little horror shortie!!
Reviewed in the United Kingdom on 2 August 2019
Verified Purchase
When a couple travel to a deserted cabin in the dense woodland, you kind of know what’s going to go down there. Supernatural monsters from the trees perhaps? An escaped murderer? A ghost of the former owner? Local rednecks who don’t take kindly to peoples in these here parts?

I went into this great short story with not a clue what was about to unfold. I believed that one of the above-mentioned tropes was going to be present. But alas, I was very wrong!

Isla and Cisco arrive at this ominous-looking cabin for their honeymoon – awww – but it’s certainly not what Isla pictured or indeed expected. She was looking forward to a nice relaxing time on the beach, escaping her past. A past that would have struggled to find her in the Bahamas.

But Cisco thought it would be even more romantic to whisk her away to this undisturbed ‘beauty’ in the middle of nowhere instead. OK, as he says many times, they get to be naked all the time there as they’re alone, but I can’t help but think that the beach would be more enjoyable. There’s always a hotel room for the naked stuff!

Before any of the terrors really make themselves known, you really begin to wonder about Isla and her secrets. She’s holding something back, only hinting to the reader what she really is. I had a couple of theories early on, both were wrong.

Isla knows they’re certainly not as alone as they think they are, as her own horrors manifest themselves through strange dreams and memories. The imagery is real and horrific, with a few splatterings of gore thrown in for good measure.

This is third story I’ve read from the Short Sharp Shocks! series, and I’ve thoroughly enjoyed each one. And there’s still loads more to devour; happy times.

K. Harrison
4.0 out of 5 stars Romance, horrors and surprises abound
Reviewed in the United Kingdom on 25 November 2019
Verified Purchase
The story opens with a wholly believable romance, something which is all too often unseen or unrealistic in horror writing. We meet our protagonist and her new groom, heading off for a surprise honeymoon in the wood and we get a real sense of what they mean to one another and how madly in love they are.
All the while, though, there is this pervasive sense that something is up. Hints are dropped, concern and even alarm are expressed, but nothing is given as to what might be wrong until things really come off the rails.
From here, it's a hundred miles an hour adrenaline until the final page.
A great fun read and one which shows off several different writing muscles, carefully honed by the author.
Read more
Report abuse

Stephen Howard
4.0 out of 5 stars An intriguing and tense werewolf story
Reviewed in the United Kingdom on 5 March 2021
Verified Purchase
Breaking The Habit is a really interesting take on the werewolf story with a focus on obsession and abusive relationships. It does a great job of creating a realistic sense of anxiety that the past will come back to bite you (in this case, literally). There are some good takes on werewolf lore and overall this is a tense little novelette. My only criticism is I felt a few sections were over-explained. However, I mainly just wanted more of this story! Overall, definitely recommended.
Read more
Report abuse

Steve Stred
4.0 out of 5 stars Total mind trip!
Reviewed in Canada on 7 August 2019
Verified Purchase
To be honest upfront – I only bought this release to support Yolanda. She’s been someone I’ve interacted with a bunch on Twitter and she’s always been super nice and supportive. I love, love, love supporting those who are super nice, so when this was announced I snagged it. I never read the synopsis but I knew I was in for a treat with the Short Sharp Shocks! Series.

For those who may also grab this and not read the synopsis – the story doesn’t disappoint. And if it wasn’t for one single odd character resolution (Cisco’s) at the end, this would have been a five star read easy.

I read this in one sitting and the story just flows. We are plopped into the arrival of Cisco and Isla as they arrive at a cabin in the woods (DUN DUN DUNNNNNNN!!!) for their honeymoon. Isla has been sound asleep, expecting to wake up when they arrive at the airport on their way to the Bahamas.

Yolanda quickly gives us mouthfuls of hints as to what will come and even knowing exactly what Isla’s background is without being outright told, I was still on edge waiting to see just what happened.

For me, personally, this felt like an episode of the NBC show Grimm, which was really amazing. It was just missing Nick, Monroe, Hank and Wu scattered throughout.

As the action ramped up, the dream-like descriptions were great and when we come out on the other side the carnage that Sfetsos delivered was a ton of fun.

As I stated earlier – the only thing that really detracted for me was the resolution with the character Cisco. I really can’t say much about it as it’s a complete spoiler otherwise, but if this would have been left alone then I’d have rated this 5 stars!

MizMode
5.0 out of 5 stars An amazing read!
Reviewed in the United States on 2 August 2019
Verified Purchase
I went into reading Breaking the Habit thinking it was going to be about one thing but it turned out to be something entirely different. Which is a good thing. lol So great. Intense, scary suspenseful, creepy, and the antagonist one of the worse I've read (very well written). Wouldn't want to have an encounter with the antagonist - that's all I'll have to say. Makes me think of one scene from a movie from one of my fave franchises. I was repeating it over and over in my head. I really liked the heroine. You could really feel the different emotions she was going through. She's a heroine you definitely want to root for. Breaking the Habit is super tense and super good. A crazy and exciting read. Highly recommended.
Read more
Report abuse
See all reviews
Back to top
Get to Know Us
Make Money with Us
Let Us Help You
And don't forget:
© 1996-2021, Amazon.com, Inc. or its affiliates