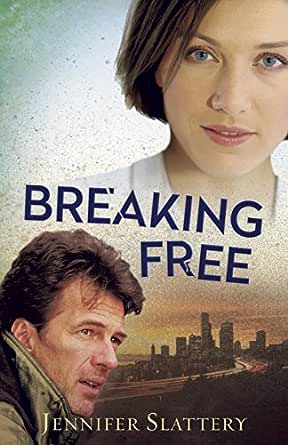 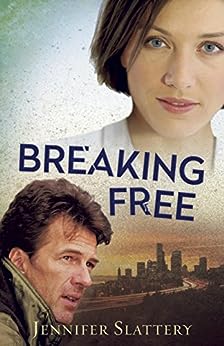 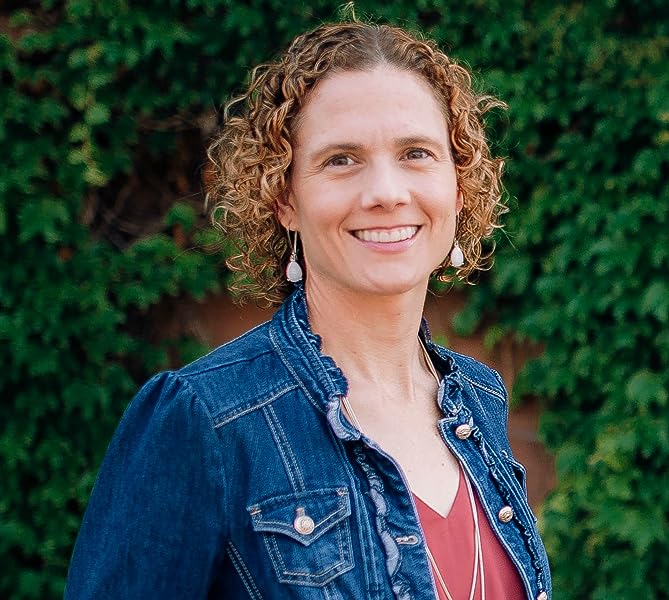 Sometimes it takes losing everything to grab hold of what really matters.

Women’s ministry leader and Seattle housewife, Alice Goddard, and her successful graphic-designer husband appear to have it all together. Until their credit and debit cards are denied, launching Alice into an investigation that only leads to the discovery of secrets. Meanwhile, her husband is trapped in a downward spiral of lies, shame, and self-destruction. Can they break free from their deception and turn to the only One who can save them? And will it be in time to save their marriage?

Jennifer Slattery is an inspiring contemporary novelist whose stories of hope, love, and grace resonate with real people. She is the author of compelling contemporary romance novels such as Beyond I Do, When Dawn Breaks, Intertwined, and Breaking Free. She also writes for Crosswalk.com and devotions for her personal blog, JenniferSlatteryLivesOutLoud; Internet Cafe Devotions; and Takin' It To The Streets, a ministry serving Omaha Metro's working poor and homeless. When not writing, she enjoys hanging out with her teenage daughter and real-life hero husband, as well as serving in her church.
click to open popover

Iola
TOP 500 REVIEWER
4.0 out of 5 stars Solid Christian Women's Fiction
13 May 2016
Format: Kindle Edition
Breaking Free isn’t a fun read. It’s a hard-hitting story of a disintegrating marriage. At first, I thought gambler Trent was the one with the problem. But by halfway through, I was equally annoyed with both characters (and with Alice’s mother, and Trent’s boss. And both their children). Sure, Trent was taking the lead in lying, cheating and stealing to fund his gambling habit, but Alice wasn’t helping. She wasn’t addressing the issue. She wasn’t asking for help. She wasn’t even admitting there was a problem.

On one hand, I understood why. Alice and Trent were good church-going Christians (although Trent’s salvation may well be in question), and the church isn’t generally in favour of divorce. The novel opened with Alice having lunch with a group of her church “friends”, with the implication she didn’t really like any of them because they were all fake. Yet she was as fake as any of them, not trusting anyone—even her best friend—with the truth of what was happening in her life. This was annoying, as the opening implied a strong woman of God, but she was more doormat woman of mammon (on the plus side, this did give her plenty of room for character growth, which did happen albeit perhaps too quickly to be believable).

That if she’d been a little more open about the problems between her and Trent, especially the money problems, that her sons might have had a little more grace and understanding towards her. On the other hand, should you tell your children stuff like that? They were teenagers, old enough to understand. Or is that turning the children into pawns?

Yes, Breaking Free was a frustrating read, but that’s what made it good. While Trent continually had the choice between good and bad decisions (to gamble or not to gamble, to pay the household bills or to use that money for gambling, to pay back the money he owed or to steal), Alice didn’t. Alice’s choices were between bad and bad, with no right answer. A best answer, perhaps. But no right answer. After all, there is no perfect formula for a marriage breakup.

But I did expect Alice, as a Christian and a women’s ministry leader, to turn to God, at least occasionally, even if she couldn’t turn to her friends. This is what made me think she was as big a fake as her so-called friends (and a hypocrite as well, for judging them). I found her passivity frustrating—she let a lot of this happen through her personal inaction. Sure, Trent’s gambling wasn’t her fault. But her lack of reaction was. So that was frustrating as well.

And the ending . . . too quick. And I’m not convinced it was believable, or that it would last. However, it’s still a solid read with an excellent message. Thanks to NetGalley for providing a free ebook for review.

Rebecca Maney
3.0 out of 5 stars There is Always Hope!
16 June 2016 - Published on Amazon.com
Verified Purchase
"Forever and a day. Remember?"

Alice Goddard's "forever and a day" has disintegrated into a marriage that appears to be unsalvageable. Her husband's alcoholism and gambling debts have spiraled out of control, prompting Alice to make a difficult, life-changing decision on behalf of her family.

Trent Goddard is becoming his father, destroying his career and potentially his marriage due to repeated poor choices. When he loses what is most precious, can anyone or anything give him hope?

Enjoy this sadly realistic story of life and love, lost and found, mercy and grace.
Read more
One person found this helpful

Jennifer Hallmark
4.0 out of 5 stars Another Great Book by Jennifer
7 March 2017 - Published on Amazon.com
Format: Kindle EditionVerified Purchase
Breaking Free by Jennifer Slattery is a book showing how a person can have hope in their most difficult circumstances if they turn to God for help. Her characters were believable, their problems all too common in today's world. But God saw them through. You'll enjoy this heartfelt message in novel form...
Read more
One person found this helpful

What if…after nearly 20 years of marriage, your spouse started staying out late and coming home drunk? Or stayed home hugging whatever booze is in the house. What if…you think he/she might even be having an affair? Then really creepy things start, such as thugs showing up at the door looking for him/her. You worry about your kids, as one is starting to emulate your spouse with tantrums, disrespect, drinking. How best can you honor God and your vows, even when it seems the Lord isn’t going to answer? Finally you take the kids and move out, but the kids are so angry that they stay with a different friend? Your mother tells you to go home and work it out, not wanting to hear what’s wrong.

Or think about this…What if…everything you do is hurting the love of your life, but you don’t know how to change? You want to stop drinking, but not drinking is torture? You love to play cards and watch the chips stack up in front of you. Maybe you’ll make up for what you lost yesterday. Then, on a losing streak, you owe the club a lot of money. Thousands. Bank accounts are empty, the mortgage is late…then the guy you owe the big bill to sends his kneecap breaking thugs to your door. They watch your house, follow your spouse. Your spouse leaves; you aren’t sure where the kids are. How did things get this bad?

The characters in ‘Breaking Free’, primarily the husband, Trent, and wife, Alice, are very realistically portrayed. This couple and their children were probably more challenging than most characters to work with due to the feelings of hopelessness and despair; I really commend the author for the vulnerability and authenticity of this suffering family. She successfully conveyed the pain of each family member. In addition, Alice’s best friend Beth and her new friend, Betty, gave massive injections of prayers and God’s grace. Ethan does the same for Trent, with one big difference – it is one addict or alcoholic who can best help another, because it is harder to con a fellow addict or alcoholic than a spouse, boss, or friend.

This novel is remarkable in its depth and scope. It is an excellent portrayal of what happens in families belonging to churches around the country and looks realistically at challenges that we as Christians need to address. The author writes as if she had walked many miles in both Trent’s and Alice’s shoes. My experiences are different in many ways, but I have walked a few of those miles; they are better with Jesus than without Him! The plot was not predictable as every family is different and hitting bottom is different for everyone. I would love to see a follow up novel to this, but was very satisfied with the ending. This novel firmly places Jennifer Slattery as a ‘go-to’ writer of authentic Christian fiction. I highly recommend ‘Breaking Free’ to fans of the author, to those in the church who don’t understand but want to, to those who may be in the downward spiral of addiction of any kind or alcoholism, to those who appreciate excellent Christian fiction and might be in various 12-step groups and Celebrate Recovery.

From a grateful heart: I was given the book by Book Fun (The Book Club Network) and here is my honest review.
Read more
2 people found this helpful

Kristofer VanDaniker
5.0 out of 5 stars Emotionally Gripping
4 May 2016 - Published on Amazon.com
Breaking Free has become one of my favorite reads in all of Christian Fiction! Before I begin, it is important to mention that this is not a fun or light read. It’s emotionally gripping. If you’ve been or are going through this type of situation, you might have a tougher time reading this because it deals with some really tough issues. Due to this, it’s going to be tough to write this review.

It’s the emotional journey of the Goddard family. Alice and Trent have been married for nineteen years and are the parents of two teenage boys. Their lives are far from perfect. In fact, it’s a giant mess.

They are dealing with real issues. Trent is an alcoholic and is buried in financial debt to gambling. He finds himself in a spiral of lies, shame, and self-destruction. Mrs. Slattery is not afraid to tackle the hard topics as she shows us a clear picture of this.

Alice loves her husband, but she resents him and loses trust for him when she discovers he’s doing all of this. She ends up leaving him. She tries to take their two sons with her, but even they resent her and end up crashing at a friend’s place instead. She is the kind of person who tried to live the perfect life, is afraid of how other Christians will judge her, and tries to everything on her own without turning towards God.

This story is real, gritty and messy, but Mrs. Slattery points her characters towards the saving hope of Jesus Christ. She does this at the appropriate times and without being overly preachy. Both of them have been a lot of mistakes and it’s definitely going to take a long time for healing to really begin.

You will find yourself wanting to reach into the book and slap the characters silly because they’re doing something stupid. But we learn that even Christians go through things. Alice learns that her friends all superficial. Well, all except for Beth. Beth is a true friend. She doesn’t judge Alice. She prays and listens to her. Alice realizes that Beth was always there for her even when she pushed her away. She also always pointed her towards Jesus Christ. She kept encouraging Alice to be real with her. We all need a true friend like Beth in our lives.

This was my first book I’ve read by Jennifer Slattery and it definitely will not be my last. I highly recommend this book. It’s also perfect for group discussions.

Disclaimer: I received a copy of this book from the publisher for my honest review, which I have given. I was not required to write a positive review and have not been compensated for it in any way. All opinions expressed are my own.
Read more
Go to Amazon.com to see all 34 reviews 4.5 out of 5 stars
Get FREE delivery with Amazon Prime
Prime members enjoy FREE Delivery and exclusive access to movies, TV shows, music, Kindle e-books, Twitch Prime, and more.
> Get Started
Back to top
Get to Know Us
Make Money with Us
Let Us Help You
And don't forget:
© 1996-2020, Amazon.com, Inc. or its affiliates