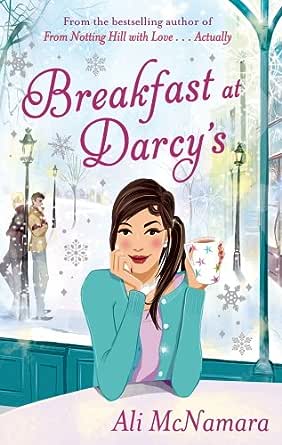 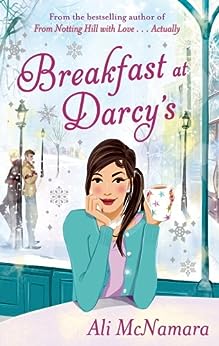 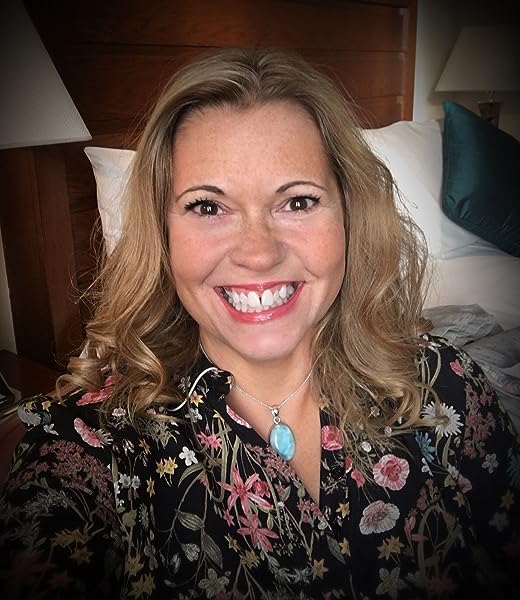 A warm second novel, Daily Mirror, Book of the Week

Charming story of adventure, discovery and affairs of the heart, Candis

Fun and refreshing, Star magazine --This text refers to the paperback edition.

A warm second novel - Daily Mirror, Book of the WeekPerfect easy reading - SunCharming story of adventure, discovery and affairs of the heart - CandisFun and refreshing - Star magazine --This text refers to the paperback edition.

Another fabulously fun rom com novel from the author of From Notting Hill with Love . . . Actually --This text refers to the digital edition.

Ali McNamara lives in Cambridge with her husband and children. --This text refers to the paperback edition.

4.5 out of 5 stars
4.5 out of 5
182 global ratings
How are ratings calculated?
To calculate the overall star rating and percentage breakdown by star, we don’t use a simple average. Instead, our system considers things like how recent a review is and if the reviewer bought the item on Amazon. It also analyses reviews to verify trustworthiness.

Jim
5.0 out of 5 stars It's breakfast time
Reviewed in the United Kingdom on 14 March 2018
Verified Purchase
A magical story from a very popular author, I picked this book up because I had read ' a step back in time ' by the same author, and I was not disappointed, you are transfered to a mystical part of Ireland, where time stands still, and local folklore then takes over the story, its brilliant, not to spoil the story, dare I say you should read M/S McNamara's last book The Summer of Serendipity first, if only to get a taste of the main character in Breakfast at Daddy's.
K
Read more
3 people found this helpful
Report abuse

Christine
4.0 out of 5 stars I want to live on Tara!
Reviewed in the United Kingdom on 30 August 2013
Verified Purchase
Ali McNamara has quickly become one of my favorite chick lit authors. Her stories never cease to keep me laughing, romanced and entertained. Thankfully, Breakfast at Darcy's was no exception.

I will admit that I had to warm to Darcy, but this is kind of the point of the story. At the start, she is a self-absorbed, label obsessed, glory hunter... and I didn't really care for her very much. That is until she goes to live on Tara, the Irish island that has been left to her in her Aunt Molly's will. It is on Tara where Darcy truly starts to come into her own. Taken out of the big city and put in charge of other people's well beings, she quickly becomes a character that you can care and root for.

There is a bit of a love triangle... no wait, don't run away that quickly. There is Conor, who is handsome, sweet, and has a love of travelling. Then there is Dermot, who always seems grumpy, uptight and a bit of a know-it-all. However... I was never in any doubt as to who Darcy would end up with in the end. I don't think this is meant to be any real secret to be honest. I was surprised though with a few of the secrets that are uncovered about one of them. I won't post any spoilers, but I really didn't see that coming.

However, my true love for Breakfast at Darcy's comes from Tara itself. I have never wanted pack in my job, and go live on an isolated island as much as I do right now. To say I was jealous of the life that Darcy and the other residents of Tara have been able to live, is an understatement. I would give pretty much anything to be able to live as simple of a life. As long as I had a roof over my head, there is electricity and a bit of Internet access so that I can buy by Kindle and Audible books... I would be in heaven. Absolute heaven.

I do think the only let down to this story would be the ending. It wasn't really bad, it's just that I would have liked there to be a bit more build up to the happily ever after. It seemed a bit rushed, however this could be from me not feeling like I was ready to say goodbye to these characters. I really would love to read more about Darcy, the island's residents, and of Tara itself.

Because I listened to this in Audiobook, I should mention that I have also become a huge fan of Beth Chalmers. This is not the first Audiobook I have listened to her as the narrator, and I hope it will not be my last. She does a superb job, and I think she has an amazing talent with the multiple accents that are used in this book.

Lizb
5.0 out of 5 stars Loved this book
Reviewed in the United Kingdom on 29 October 2020
Verified Purchase
Have read other books by this author and this is yet another good one. The story flows well. Good characters. A most enjoyable read.
Read more
Report abuse

Anne Ashwood
5.0 out of 5 stars Brilliant book
Reviewed in the United Kingdom on 6 October 2020
Verified Purchase
Just couldn't put this book down. It was such a wonderful story which took you right away from everyday. Completely got lost in the story.
Read more
Report abuse
See all reviews
Back to top
Get to Know Us
Make Money with Us
Let Us Help You
And don't forget:
© 1996-2021, Amazon.com, Inc. or its affiliates