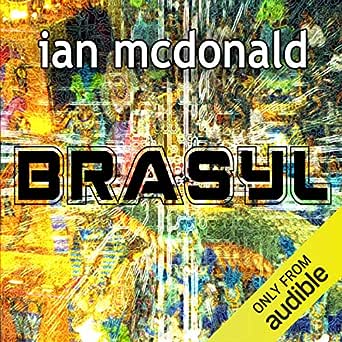 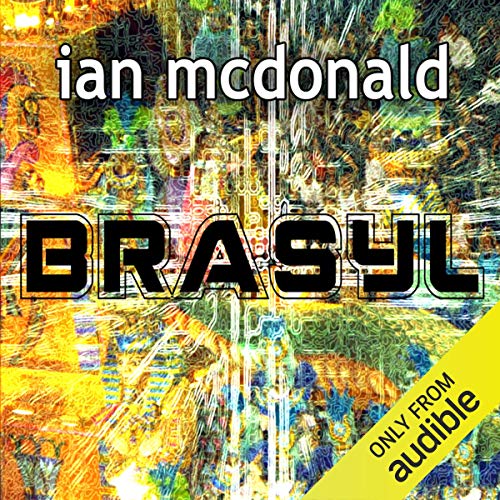 3.6 out of 5 stars
3.6 out of 5
16 global ratings
How are ratings calculated?
To calculate the overall star rating and percentage breakdown by star, we don’t use a simple average. Instead, our system considers things like how recent a review is and if the reviewer bought the item on Amazon. It also analyses reviews to verify trustworthiness.

Eileen Shaw
5.0 out of 5 stars "For a hundred leagues along the Rio Branco the emblem of the Green Lady is an object of dread"
Reviewed in the United Kingdom on 10 December 2013
Verified Purchase
This is stunning. Set in modern times in Sao Paulo, and in 1732-34 in the Amerindian jungle. It flips to one or another location chapter to chapter. Don't let the noisy language in the first chapter, set in 2005, put you off. This is where we meet, a group of boys who have unexpectedly found a Merc with the keys still in it and are having it away, when one, Marcelina Hoffman comes on their sound system shrieking that they are on a TV Game Show, and all they have to do to keep the car and maybe get a TV contract, is evade the cops who are hot on their trail. Bear with it. It does get better than this. As an arbiter of TV taste, though, Marcelina leaves a lot to be desired.

Something weird is happening in Marcelina's universe as she seems to be sabotaging her own production ideas. The language is a mixture of South American slang and up to the moment neologisms. Copywrong dealers are `quantumeiros'. Top-dog of the favela (shanty-town)is Fia Kisheda with the very important handbag. In the Favela "the population of a small town scavanges the slopes of the tech trash mountain." There's the forest of fake-plastic trees (has Thom York read this book?), the Vale of Swarf, the Ridge of Lost Refrigerators.

In the blink of an eye we are at June 1732, with a mule going mad on the wharfe-side, and Father Luis Quinn, an admonitory of the Jesuit Order, is raging at a race, where slaves carry their (human) mounts up the rigging. That word `admonitory' has a meaning which will carry over via quantum mechanics to the present and the future. Quinn will travel with Dr Robert Falcon, a Geographer, in whose possession is a new device, a governing engine of some kind. We learn more about this, and, staring into the river, as two currents converge, Falcon intuits fractals. Some the descriptions of the landscape and jungle are breathtaking.

We flip to 2032 where an admonitory of the Order has crossed the boundaries between the multiverses, this is Fia, whose computer is printed on her body. Slipping back to 2006, we learn that there is not one world, there are many worlds. There is not one you, there a many you's. There is not the universe, but the multiverse. There are two competing theories. One is String Theory, the other is Loop Quantum Gravity. LQG wins out.

We segue back and forth in time, pivoted upon theory. In 1733 Fr Quinn has determined a site to develop, a home for his freed slaves, but a mad priest, Goncalves, has dammed the river. Can the damm be sabotaged? Can Fr Quinn deliver the ultimate admonishment? The Portuguese Navy is sequestered nearby. Will they interfere? (You bet they will.) The thick allusiveness of the language is a revelation, in both worlds. I've left a lot out of the range of plots - futbol, for instance. It's a wonderful book, but you need a deep affinity for Science Fiction (and maybe a little bit of scientific nous), to get the best out of it. But even without that, if you like real, grown-up SF, this was made for you. There's a very welcome glossary at the back.

Amazon Customer
4.0 out of 5 stars Colourful Complex Quantum Shenanigans
Reviewed in the United Kingdom on 19 November 2011
Verified Purchase
In 1733, Father Luis Quinn, a decent irish priest haunted by a violent incident in his past, is sent on a mission into the Amazon jungle as an admonitory to reign in a rogue priest.
In 2006, Marveline Hoffman, a producer of reality TV programmes is on the trail of Barbosa, the Brazilian goalkeeper from the Nineteen Fifty Fateful Final, the man who made all Brazil cry. However, things start becoming decidedly weird when her doppelganger begins interfering in her life.
And in 2033, Edson, a metrosexual bisexual entrepreneur, falls suddenly in love with a Japanese quantum scientist in a Brazil monitored by surveillance angels whose quantum technology is beginning to leak onto the streets.
For these three main characters to be enfleshed so lovingly on the page is remarkable enough, but McDonald goes far far further in giving birth to an entire cast of wonderful people.
It is most impressive in its tri-part descriptions of South America in its past, present and future where life in each of the three ages is tough, but still finds room for loving, compassionate people.
Each of the protagonists experiences, to a greater or lesser degree, an epiphany and their lives are changed. Father Luis Quinn's turning point is when he is given an Amazonian drug extracted from the skin of a golden frog which gives him access to his consciousness across the infinite array of parallel universes.
Marcelina, whose life revolved around the production of exploitative reality shows, finds her life turned upside down by the discovery of another Marcelina from a parallel world who is slowly destroying her life and relationships.
Edson, possibly the most complex of the characters here, falls in love with a quantum physicist. When she is killed he is devastated until he sees her again and discovers that she is a fugitive from a parallel world who is being hunted down by the agencies patrolling the infinite array of quantum realities.
It becomes evident that these worlds are from different variations of our own earth, and none of them may be based on the Earth we know.
However, inbetween the plots strands McDonald gives us wonderful views into the lives of a whole army of characters, whether they be Eighteenth Century scientists attempting to measure the world or Hispanic cleaning ladies who know all there is to know about The Fateful Final when Brazil lost the World Cup in Nineteen Fifty.

Ed.F
5.0 out of 5 stars Top notch
Reviewed in the United Kingdom on 29 August 2007
Verified Purchase
Absolutely first class read from Ian McDonald. A three handed narrative, in the now almost compulsory Sci-Fi multi narrative, multi timeline format but none the worse for it. Unlike so many novelists McDonald handles his disparate narrative streams deftly, allowing sufficient "bleed through" before the dénouement to direct and steer the meta-narrative and keep the stories tightly entwined until they fuse into one.

I loved Brazil as a source of inspiration, mixing past, present, future and some merely "possible" Brazils with a quantum cascade of possibilities and interlinkage that kept me turning pages well into the night.

If I have any criticism is it that the character of the protagonist in the past brazil, Luis Quinn, felt too familiar to me, almost stereotypical in some respects, perhaps I've simply read too many novels to allow me to see characters as truly fresh if they share any, even minor, trait with another I've read somewhere else, but this is a very trivial complaint in an otherwise compelling and innovative book.
Read more
One person found this helpful
Report abuse

kmarie
2.0 out of 5 stars I love Ian McDonald
Reviewed in the United States on 23 April 2016
Verified Purchase
I love Ian McDonald, he wrote one of my absolute favorite books in Evolution's Shore. I was really looking forward to reading this one but frankly I was disappointed.

First of all, the excessive Portuguese. I usually really like unusual stylistic choices, but his use of Portuguese crossed way over the line and became an annoying affectation. It felt pretentious, and didn't add anything notable to the book. If the point was immersion, there are far more skillful ways to do that and this choice was really ham handed.

And I don't think that McDonald had the authority to use that much of an actively spoken foreign language that he doesn't speak, in his novel. Sadly some of the reviews I've seen from native speakers have blasted the awkward phrasing and weird use. Could you imagine someone doing this with English? Wait, that exists, and we call it Engrish and it's terribly awkward. Why would it be good writing to do it to another language? I can see he had consultants, and I am sure he did tons of research but that frankly is not enough.

Although that would have been forgivable, just annoying, had the content of the book stood up. Sadly it did not. I found the characters fairly interesting, unlike some reviewers who hated the MC-- she was pretty hate able, and I'm a little worried that this is the only type of interesting female character McDonald seems to enjoy writing, but she was also kind of hilarious in her hateability and very self aware of her flamboyant flaws. So I actually liked her-- which is why i felt betrayed when certain character changes happened near the end of the book which felt completely out of the blue and nonsensical. There was no real build up to her change in character into the person she was at the end, she was just one way in one chapter and totally different in the next.

Also the plot is a sloppy mess. Eighty percent interesting ideas building up to a final twenty percent "oh god I have to make the novel end the way I planned, how do I get from here to there" and the answer was contrived and boring.

The multiple time lines that bothered other people didn't bother me, I liked them. Just the stuff above.

Anyways, a disappointment. I expected better.
Read more
2 people found this helpful
Report abuse
See all reviews
Get FREE delivery with Amazon Prime
Prime members enjoy FREE Delivery and exclusive access to movies, TV shows, music, Kindle e-books, Twitch Prime, and more.
> Get Started
Back to top
Get to Know Us
Make Money with Us
Let Us Help You
And don't forget:
© 1996-2020, Amazon.com, Inc. or its affiliates