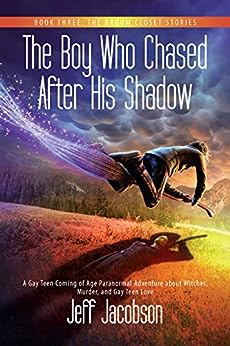 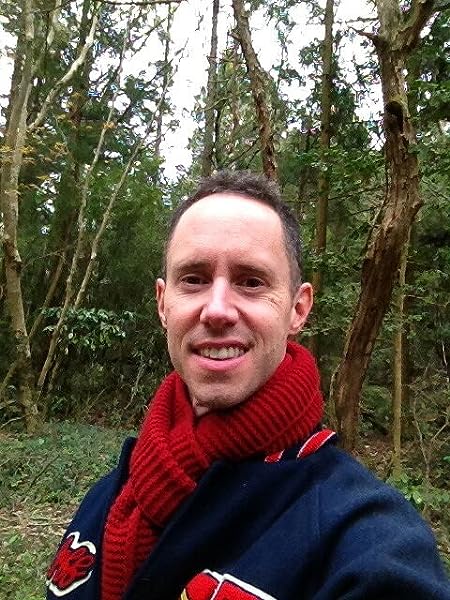 The Boy Who Chased After His Shadow: A Gay Teen Coming of Age Paranormal Adventure about Witches, Murder, and Gay Teen Love (The Broom Closet Stories Book 3) Kindle Edition

Ulysses Grant Dietz
5.0 out of 5 stars Adventurous, exciting, maddening--with fascinating characters and gay magic teens.
Reviewed in the United States on 15 May 2021
Verified Purchase
I’m giving this my top rating because I love the idea of the book, the author’s daring to go where other writers haven’t gone.

Charlie Creevey is only a couple of months into the new world of being a witch, and has already tackled stuff that no teenager should have to deal with. Murder most foul, and suddenly having magical powers that are slightly out of control, and being gay.

I love that Charlie is kind of a jerk. What fifteen-year-old isn’t kind of a jerk? (OK, some are great, but they’re very special people, really.) I was a jerk at fifteen (and that was FIFTY years ago, two generations!). I remember feeling insecure and awkward and freaked out by the idea of being gay—and I wasn’t nearly as far along as Charlie is, all these decades later. I love that Charlie is sort of ashamed of being gay, even though he has a gorgeous boyfriend (Diego Ramirez) and a loving, accepting aunt and uncle (Beverly and Randall) to care for him and give him the nurturing his mother was too afraid to offer.

The fact that the plot in this book is both gruesome and inconclusive only puts me off a very little. The characters in the book—all of them—also feel that the plot is inconclusive, which kind of made me laugh out loud. “What? That’s IT?” The truth is that Jeff Jacobson has worked lots of stuff to think about into this emotionally harrowing story-line. It is chaotic, just like being in high school (and I was in a prep school, like a WASP Hogwarts without the magic).

Jacobson introduces several fascinating and seemingly powerful characters, including Charlie’s cousin Emerald Green (don’t ask) and the three Aunties Wu (again, don’t ask). We see more of how awful the rogue witch Grace and her minions are—truly selfish, amoral, and wicked people. There is some appallingly dark material in here, but also some lovely, gentle and love-filled stuff, too. It’s a bit of a mess, but it feels like an authentic mess.

I just hope I don’t have to wait so long for book four. I suspect I will. Boo.

Maren
5.0 out of 5 stars I didn’t want it to end!
Reviewed in the United States on 28 December 2020
Verified Purchase
This book was a fun, scary and creative romp! Young adult coming of age witchy paranormal stories aren’t my typical genre so I was delightfully surprised to enjoy it so much. It portrays a sophisticated understanding of gay teenage boys and of emotional realms in general. The author’s creative and imaginative mind is evidenced throughout the book; how did he think up some of these ideas?! I was in serious withdrawal once I finished and I eagerly await the next book in the series.
Read more
2 people found this helpful
Report abuse

Cat W.
5.0 out of 5 stars Page-turning intrigue!
Reviewed in the United States on 24 December 2020
Verified Purchase
I am captivated by the witchy-world of Charlie, Diego, Beverly, Grace, Tony and all the scary, charming and wacky characters in this book series. In this third book, The Boy Who Chased After His Shadow, Jeff Jacobson illuminates teen angst and the inner battles of becoming who we are meant to be with heart, humor and for Charlie ... while battling the forces of evil. This is such a timely book for teens and adults alike! I couldn't put it down and each chapter's ending begged me to keep reading ... so I did!
Read more
2 people found this helpful
Report abuse

Patrick
5.0 out of 5 stars Charlie Victorious
Reviewed in the United States on 27 July 2021
Verified Purchase
This final tale finds Charlie and his friends and family going on the offensive against the evil Grace and her minions. They take some time out to enjoy some Halloween parties, before the final battle. I would have liked to have more development of Charlie and Diego's relationship, and for Charlie to tell Diego that he was a real witch. Maybe there will be another book.
Read more
Report abuse

Bruce W. Thompson
5.0 out of 5 stars Sleep is not an option
Reviewed in the United States on 20 January 2021
Verified Purchase
Jacobson has always taken us to places that other witch stories never dare to go. Now his protagonist Charlie is in a fight for his life against an evil witch that has gotten way too close for comfort. Prepare to be up all night, sweat on brow, heart palpitating as you dive into book three of this groundbreaking series.
Read more
Report abuse
See all reviews
Back to top
Get to Know Us
Make Money with Us
Let Us Help You
And don't forget:
© 1996-2021, Amazon.com, Inc. or its affiliates