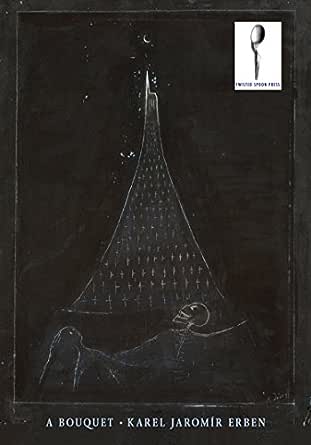 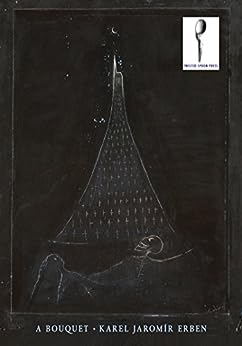 Karel JaromÃ-r Erben was born on November 7, 1811, in MiletÃ-n. He studied history and law at university in Prague and later was a member of the Bohemian Society of Sciences and the Academy of Sciences in Vienna, and served as archivist for the National Museum and later for the City of Prague. He eventually became fascinated with the mysteries contained in folklore and the original myth. Influenced by the Brothers Grimm and the burgeoning study in Europe of folk literature, he thus began to collect more than 2,200 Slavic fairy tales, folk songs, and legends. He died in Prague on Nov. 21, 1870. --This text refers to the hardcover edition.

"Handsomely produced by The Twisted Spoon from Prague, this intriguing collection of ballads and folktales ... brings alive a folkloric world where sacred trees and the Prophetess walk with lakes and children. The full-color artwork s at once harrowing and stunning."

"The thirteen tales that comprise Erben

"The thirteen tales in A Bouquet are not radically different from the Anglo-Saxon or specifically American folktales which might be more familiar to an English-language reader, although they certainly contain elements unique to their Bohemian origins." --This text refers to the hardcover edition.

Chip Kaufmann
5.0 out of 5 stars The Source Of Some Remarkable Music And A Good Read On Their Own.
Reviewed in the United States on 9 April 2017
Verified Purchase
As a long time classical music announcer for the local public radio affiliate, I have long been acquainted with Czech composer Antonin Dvorak's 4 late symphonic poems THE WATER GOBLIN - Op.107, THE MIDDAY WITCH -Op.108, THE GOLDEN SPINNING WHEEL-Op.109, and THE WOOD DOVE-Op.110 which contains some of the composer's most vivid and beautiful music. All of these pieces are based on 4 folk ballads/fairy tales taken from this collection of the 19th century Czech historian, poet, and folklorist Karel Jaromir Erben (1811-1870). The collection is known as KYTICE in Czech which is usually translated as "Bouquet". There are 13 titles in the set which was first published in 1853 and revised in 1861.

Up until now i had never come across an English translation of these ballads until i saw this one on amazon. This version is ideal. it is beautifully bound, easy to read although some of the stories need to be re-read to get all they have to offer. The English translations by Marcela Sulak are well done as they capture the spirit of the original Czech rhyming scheme. This edition also comes with occasional, vivid (and dark) illustrations by Alen Divis which are highly atmospheric. There is also an added bonus at the end. You get Erben's own notes, translated in English, explaining the source and the origins of these tales.

In addition to the 4 that Dvorak set, others of the set that I enjoyed were TREASURE, THE WEDDING SHIRTS, CHRISTMAS EVE, and ZAHOR'S BED. I have loved fairy tales and folk ballads of all countries from an early age but had never heard of these until I read about them as inspirations for Dvorak's music. They don't take long to read but are full of the most vivid imagery. Like Shakespeare I would recommend that you read them aloud to yourself as that makes it easier to capture the feel of the poetry. If you wish to hear Dvorak's musical settings the ones featuring the Czech Philharmonic conducted by Zdenek Chalaba are the best available though they may be a little hard to find.
Read more
2 people found this helpful
Helpful
Sending feedback...
Thank you for your feedback.
Sorry, we failed to record your vote. Please try again
Report abuse

Edward
5.0 out of 5 stars Erben legends
Reviewed in the United States on 11 May 2013
Verified Purchase
Karel Jaromír Erben (1811 - 1870) was a Czechoslovakian scholar and archivist who, like the Brothers Grimm in Germany, collected fairy tales and folk stories from the heritage of his native country, his most famous contribution being this book "A Bouquet of Czech Folktales". I became acquainted with this author through the prolific Czech composer Antonín Dvořák, who, along with his symphonies, concertos, chamber music, and operas, wrote several symphonic poems, four of which are based on Erben's collected tales. (The English translator Marcela Malek Sulak has written an interesting forward in which she describes how she handled the difficulties of this translation.)
These are stories better suited for adult consideration than as bedtime entertainment for children. You think the Brothers were grim, Erben was if anything more graphic. For instance, "The Water Sprite" tells how a girl falls (accidently?) into a stream and is abducted by the title character. Eventually she gives birth to his green-haired baby and at that point wants to go back home to mother. The goblin follows her to the cottage, saying he wants someone to look after the child, but the girl's mother tells him to bring the child to them to be cared for. Enraged, the Water Sprite decapitates the baby, then throws its head and torso against the cottage door. So much for bedtime. Similarly, "The Golden Spinning Wheel" (which is my favorite of Dvořák's symphonic poems) has a prince who, traveling through a forest, encounters a lovely maiden and decides to take her to his castle as his wife. But the girl's step-mother and step-sister come at her with knife and axe, cutting off her arms and legs and gouging out her eyes; then the step-sister replaces the girl as the prince's intended ... taking her victim's arms, legs, and eyes with her! A mysterious hermit creates a beautiful spinning wheel for the castle and its price is: two arms, two legs, two eyes. Once the hermit has these, he recreates the lovely maiden, who can then take her rightful place as princess, the spinning wheel itself having revealed the step-sister's wickedness.
These are only two examples of Erben's strange fables, some of which are really more mood pieces than narratives, and they make an arresting addition to any library of folklore. (I use the word "fables", though you won't find any talking animals.) The tales are illustrated by Alén Divís, a tragic Czech of the 20th Century who produced dark (in every sense of the word) oils and water colors. His haunted vision here contributes perfectly to Erben's stories from another nether world.
Read more
3 people found this helpful
Helpful
Sending feedback...
Thank you for your feedback.
Sorry, we failed to record your vote. Please try again
Report abuse

Eleanor Almaraz
5.0 out of 5 stars A kin to Grimm
Reviewed in the United States on 7 April 2013
Verified Purchase
These Folktales read like forgotten chapters of the brothers Grimm. These stories are virtually unknown in the United States and it made me so happy to find goblin tales I've yet to read. The story of the Noon Witch and The Water Goblin were obviously the inspiration for the movie Labyrinth. They have inspired me as well.
Read more
3 people found this helpful
Helpful
Sending feedback...
Thank you for your feedback.
Sorry, we failed to record your vote. Please try again
Report abuse