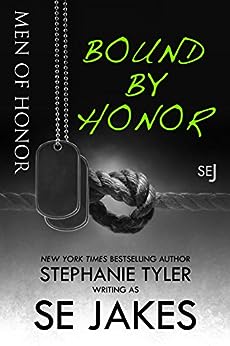 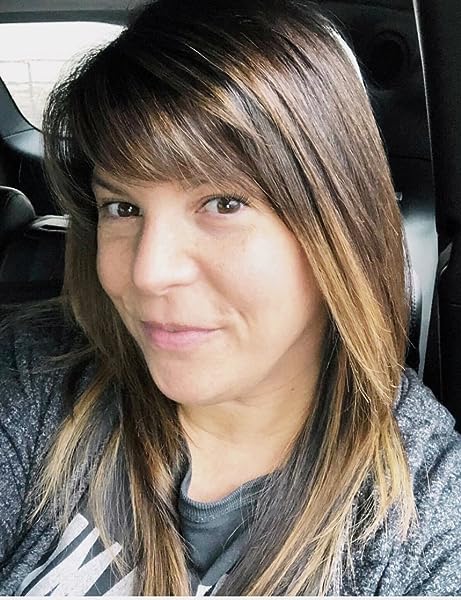 SE Jakes is the pen name for New York Times Bestselling author Stephanie Tyler, and half the co-write team of Sydney Croft. First published in 2011, SE Jakes has quickly risen to be a bestselling author in the LGBT romance genre, as well as a fan favorite. Her books are frequently highlighted in USA Today and her books have been reviewed by Library Journal and RT Books Magazine. She's been nominated by several sites for Favorite M/M author of 2013 Tyler-2-big-2and finaling in the Goodreads MM Romance Readers Choice Awards in 7 categories. She's a hybrid author writes for Riptide Publishing and Samhain Publishing, and she Indie publishes as well. --This text refers to the paperback edition.

4.3 out of 5 stars
4.3 out of 5
95 global ratings
How are ratings calculated?
To calculate the overall star rating and percentage breakdown by star, we don’t use a simple average. Instead, our system considers things like how recent a review is and if the reviewer bought the item on Amazon. It also analyses reviews to verify trustworthiness.

robyn white
5.0 out of 5 stars good story
Reviewed in Australia on 11 June 2014
Verified Purchase
loved this story different but a good action and could not put down until I had finished it all. super
Read more
One person found this helpful
Helpful
Report abuse

Tina
5.0 out of 5 stars Five Stars
Reviewed in Australia on 18 May 2016
Verified Purchase
Once I started reading this book I couldn't put it down until finished
Read more
Helpful
Report abuse

Liash
TOP 50 REVIEWER
3.0 out of 5 stars Great read let down by the poor editing
Reviewed in Australia on 6 May 2020
This was a great read. I admit I'm a sucker for strong, but very broken men who find a way to heal each other in their own way - they're never going to be perfect, but they're perfect for each other. This book had all of that, as well as men in uniform, so really hit the mark. Told from alternate POV from not only Tanner and Damon, but also LC (Damon's friend and business partner) we get great character development and depth. I felt their pain, heartache and despair as they did - the emotional side of the storytelling again written beautifully. Please be warned though, there are some sections which portray dubious consent, and others that reference past events of rape, so avoid this book if those are triggers for you.

Sadly this potentially 4-5 star book was ruined by the poor editing. Conversations between multiple characters ran together in a single paragraph without being spaced out, so you lost track of who was saying what. With alternating POV, it would switch between one character and the next without a break in paragraphs or chapter - wouldn't have been as big an issue except the characters were in different places, so you're left wondering when that character turned up there, only to find that they didn't and were still somewhere else. It disrupted the flow of the book and made for very stilted reading. I had to re-read sections multiple times to get the context and then go back so it made sense.

I still look forward to more in the series, as I did enjoy the characters and storyline, but I really hope the editing gets better. Hopefully the author or one of their team read these reviews and release a revised edition that has been properly edited.
Read more
Helpful
Report abuse
See all reviews

ROROBLUSMUM - no retreat, no surrender
4.0 out of 5 stars 3.5*. Erotic, hot but not quite the intimate relationship I'd wanted - at the start, that is - but it ended in a HEA.
Reviewed in the United Kingdom on 14 June 2014
Verified Purchase
This tale starts with a bang both literally and physically, and yes, it's hot and voyeuristic, but it's also a little degrading that Damon could have treated Tanner with such insouciance and disrespect, though Tanner was up for it. I think, actually, that Tanner was a bit of an exhibitionist as not only did he end up walking out of the club starkers that time, but once more, and when Damon mock-threatened a repeat display, it turned him on.

I was expecting a lot more emotional turmoil to this tale, given that Tanner had lost his best friend when he'd not been able to save him during a mission, and when said friend had been Damon's lover, although things had not been perfect between the couple, but it was mostly about Tanner closing himself off from Damon, walking away and Damon just being a Dom. Both leads were into each other, but if only they'd talked a little more, they'd have been able to save themselves heartache and heartbreak. Still, it made for some passionate scenes.

I liked that neither gave the other an ultimatum in order to be able to be together, but that they opened up to each other and realised what they both valued from the relationship and wanted from each other, and the way things worked out for them was pretty much perfect by the end...though that end took some time coming.

This couple appears as side characters in future novels, with both characters living their HEA, with seemingly, compromise on both their parts.

1D82 Many
5.0 out of 5 stars Great Story
Reviewed in the United Kingdom on 4 January 2013
Verified Purchase
This is an absolute gem of a romance.

Lets get the sex bit over with. It's graphic, there's lots of it and it's very hot male on male but that doesn't take away a thing from the actual romance.

There's lots of back story and unresolved hurt that make the decisions that Tanner and Damon take become clear throughout the book, but you need to read the book carefully to understand and appreciate it. I like the way the men are really tough but tender too. If you're looking for a gentle then forget it. These guys are as hard as nails.

There's a good hook for the next in the series and I am pleased to say that none of the books have disappointed.
Read more
One person found this helpful
Report abuse

I thought Damon was a bit of jerk to Tanner but I still enjoyed their story.
Read more
Report abuse

Shell 4
5.0 out of 5 stars Wow
Reviewed in the United Kingdom on 14 March 2014
Verified Purchase
When I got this book I was not sure what to expect. I was definitely not disappointed and have now read the entire series.
Read more
Report abuse
See all reviews
Back to top
Get to Know Us
Make Money with Us
Let Us Help You
And don't forget:
© 1996-2021, Amazon.com, Inc. or its affiliates