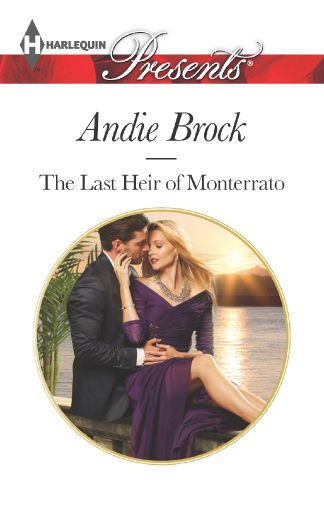 Andie Brock started inventing imaginary friends around the age of four and is still doing that today; only now the sparkly fairies have made way for spirited heroines and sexy heroes. Thankfully she now has some real friends, as well as a husband and three children, plus a grumpy but lovable cat. Andie lives in Bristol and when not actually writing, could well be plotting her next passionate romance story.

3.5 out of 5 stars
3.5 out of 5
8 global ratings
How are ratings calculated?
To calculate the overall star rating and percentage breakdown by star, we don’t use a simple average. Instead, our system considers things like how recent a review is and if the reviewer bought the item on Amazon. It also analyses reviews to verify trustworthiness.

Anju B
3.0 out of 5 stars Good..
Reviewed in India on 13 February 2017
Verified Purchase
Good...If one likes MidEast Sheikh stories with huge palaces and cities and Royal backdrop.
I like virginal heroines and alpha males and it's getting 3 stars for that.
Read more
Report abuse

T. K.
1.0 out of 5 stars Mostly boring
Reviewed in the United States on 12 January 2018
Verified Purchase
Sorry to give a negative review, but I can't give more than 1-star. This book is painfully hard to read because of it's errors and inconsistencies in the plot. Spoilers!! An imaginary nation gets economic help -after a princess weds? In Europe today? An oriental nation that has just gained indepence after a terrible war and after recently being under cruel siege - but has vast richnesses and new big palace and new big metropolis?? These historical and economocal idiotisms are a major error in this book and make the whole plot sooooo stupid. A 25-year old princess who has no education, no job, no interests, no friends, no responsibilities in her homeland - at least they are not mentioned. Or backbone. The press is constantly interested of her - of possible scandals - and there are supposed to be hundreds of pictures of her - yet our hero (who arranged the whole marriage) has never heard that the press writes about her?
The mistakes are impossible to ignore. Think of a vast palace where a princess can run half-naked and never see a servant? The King goes berserk in the wrong room and there's nobody - nobody but our hero to help. The room was on the other side of the palace, but still our heroine wakes up to the noise tve King is making and goes to examine - and there are NO SERVANTS!! No staff at all! In one occasion there was a bulk of bodyguards but suddenly, at his own wedding, the Prince -our Hero the groom- gets into a fistfight IN THE CASTLE GARDEN and NOBODY sees or comes between! Again - no staff. Then he calls 911 (cause there's no staff in a society wedding?) - I wanted to weep.
The author was painfully ignorant of the living of the rich and titled but wrote about it anyway. This junk was the sorry result.
The inner dialogue of the heroine was mostly really boring - and the hardfaced Heroe's sudden capitulation to lovey-dovey speak in the end was unconvincing.
I won't try this author again.
Read more
2 people found this helpful
Report abuse

Kindle Customer
1.0 out of 5 stars Subpar
Reviewed in the United States on 23 February 2017
Verified Purchase
Didn't care for the writing style. A lot of typos and grammar mistakes even for a harlequin. The supposedly intelligent, independent heroine was pretty clueless a lot of the time. Will be a long time before I chose anything from this author again
Read more
One person found this helpful
Report abuse
See all reviews
Back to top
Get to Know Us
Make Money with Us
Let Us Help You
And don't forget:
© 1996-2021, Amazon.com, Inc. or its affiliates