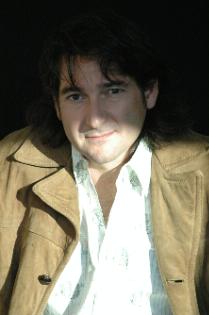 Releases December 1, 2020. Pre-order Wolf Girl 4 now with Pre-order Price Guarantee.
If the Amazon.com.au price decreases between your order time and the end of the day of the release date, you'll receive the lowest price. Order now
click to open popover
Tell the Publisher!
I’d like to read this book on Kindle

"[Schwartz] artfully builds tension and suspense into horror and finishes with a stunning Grand Guignol climax. Expect much more from this talented writer." -- Booklist "Booklist"

Stephen Jay Schwartz spent a number of years as the director of development for film director Wolfgang Petersen. His career includes numerous feature film writing assignments as well as work for The Discovery Channel.

4.0 out of 5 stars
4 out of 5
11 global ratings
How are ratings calculated?
To calculate the overall star rating and percentage breakdown by star, we don’t use a simple average. Instead, our system considers things like how recent a review is and if the reviewer bought the item on Amazon. It also analyses reviews to verify trustworthiness.

Martyn Lewis
5.0 out of 5 stars A stunning debut
Reviewed in the United Kingdom on 10 August 2010
Verified Purchase
By Stephen Jay Schwartz.

Boulevard introduces us to Hayden Glass, a member of the elite robbery homicide division in the LAPD.

In Boulevard Hayden has to investigate a series of murders which are seemingly unconnected, until he realises that HE is the connection.

We are then drawn into the Los Angeles that we are not so familiar with, the underground world of "cruising," of prostitutes and their pimps, of massage parlours and seedy lap dancing bars.

Boulevard is well written and I was really taken into Hayden's world it felt so realistic that I wondered just how far the author had gone in his research. I almost felt like taking a shower after finishing it I was that drawn that far into the grimy Los Angeles setting.

I started and finished Boulevard in one day and I can pay it no higher compliment than that.

S.W. Lauden
5.0 out of 5 stars Hollywood At Its Kinkiest
Reviewed in the United States on 23 October 2015
Verified Purchase
I'm late to the party, but what a twisted, kinky party it is. Stephen Jay Schwartz pulls back the curtain on the Hollywood sex trade and gives us a glimpse of what it's like to live with a sex addiction. The writing is tight, the action is fast-paced and the story keeps you turning the pages. Can't wait to read the second book.
Read more
Report abuse

5.0 out of 5 stars NOT FOR THE FAINT OF HEART
Reviewed in the United States on 13 March 2011
Verified Purchase
The comparisons to my favorite writer, Michael Connally, are not hyperbole. A strong debut but DEFINITELY not for the faint of heart. A protagonist as tightly wound as Harry Bosch and James Ellroy's anti-heros, dark secrets and and the meanest of streets.Be forewarned, BOULEVARD has what may be the most gruesome murder scene in any noir I've read.Can't wait to get started on the follow-up BEAT.
Read more
Report abuse

mistery002
3.0 out of 5 stars Another Glass, please.
Reviewed in the United States on 23 July 2017
Verified Purchase
A fine follow up of his character, Glass the sex-addicted L.A. homicide cop, whose decisions are still often made by his minor brain.
Read more
Report abuse
See all reviews
Get FREE delivery with Amazon Prime
Prime members enjoy FREE Delivery and exclusive access to movies, TV shows, music, Kindle e-books, Twitch Prime, and more.
> Get Started
Back to top
Get to Know Us
Make Money with Us
Let Us Help You
And don't forget:
© 1996-2020, Amazon.com, Inc. or its affiliates