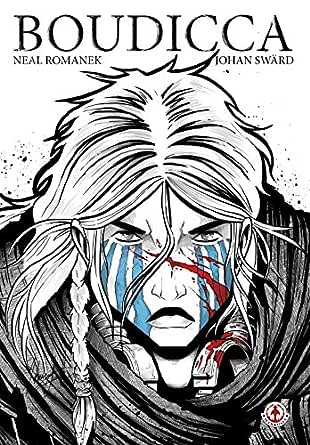 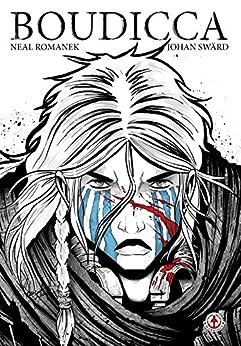 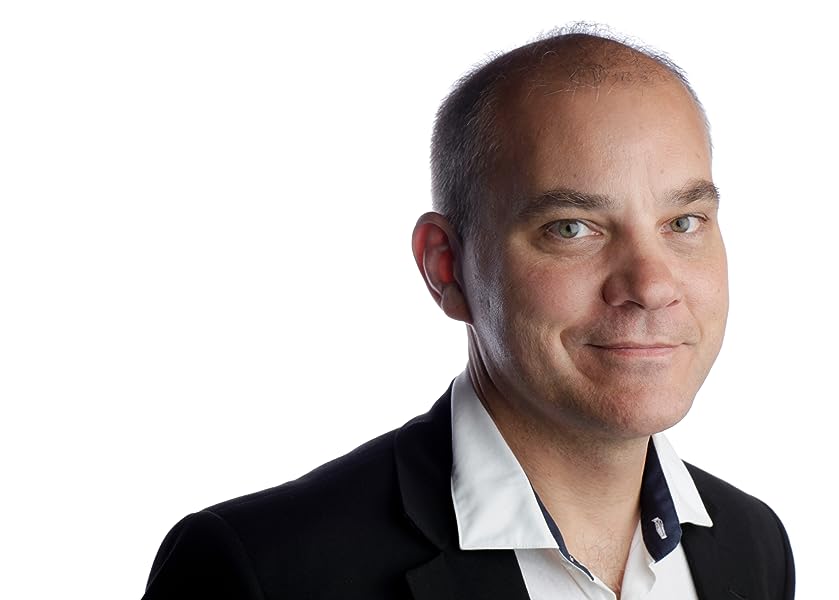 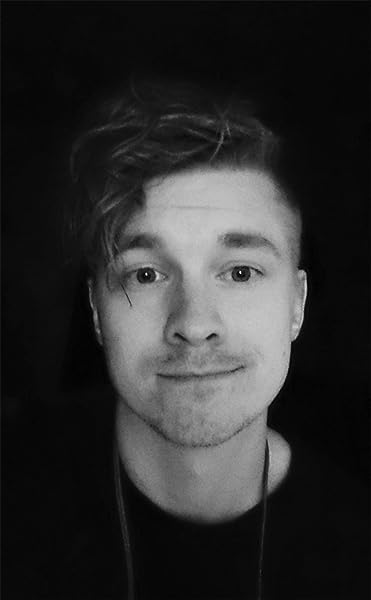 Amazon Customer
5.0 out of 5 stars and an excellent story-line (Think of “Ben-Hur” -- on steroids)
Reviewed in the United States on 2 January 2018
Verified Purchase
BOUDICCA, Neal Romanek and Johan Sward’s graphic novel about the first century British rebel-queen pulses with the action of a first-rate movie (Think of “The Wild Bunch”), and an excellent story-line (Think of “Ben-Hur” -- on steroids). Written and “directed” by excellent screenwriter Romanek and exceptionally illustrated by “the cinematographer” – outstanding young artist Sward – in a dynamic style that makes every panel vibrate with anticipation or violence.
Their patience, resolve, -- their bloody expertise -- resulted in a superb – different – graphic novel, the best I’ve read. I recommend it -- wholeheartedly.
ROMANEK (Introduction): “Johan and I Skyped twice a month – for years. . . . we hammered out the book, page by bloody page.”

HDaniels
1.0 out of 5 stars The art is pretty good, especially as it is Swards first graphic ...
Reviewed in the United States on 13 March 2018
Verified Purchase
The art is pretty good,especially as it is Swards first graphic novel. However, the script is disappointing. The main character feels flat and one-dimensional and ultimately unbelievable. It is hard for readers to connect with a constantly antagonistic religious fanatic, nationalist, and virago. It is hard to tell apart the Boudicca before the insurrection and after. She would have been much more compelling if she looked a tad bit logical before pushed too far. Even Boudicca's enemies,the Romans, made her into a more likable character than Romanek did. In a typical move, the true assault and humiliation of Boudicca's daughters as described by Tacitus was written out of the script. While a public raping would be hard to depict tactfully in comics given the uproar over DCs Killing Joke, choosing to avoid it altogether feels not just ahistorical but unsatisfactory. This omission not only erases how rape goes hand in hand with the other violent acts of colonization, especially Roman colonization; the omission removed one of few understandable sources of fury of the main character. To see one's children traumatized by sexual assault is a fury any modern reader could understand unlike allegiance to pre-Christian gods and so on. As treated by this novel, Boudicca hardly remembers her daughters. It is like they were buried and forgotten when they could have stood by her side, fighting to the death for their dignity. For all of these reasons, the story surrounding the main character is ultimately unsatisfying. On a positive note, the inclusion of Bardic poems on occasion lent a much needed lyrical break from leaden dialogue. Those lines, often encapsulating the inherent contradictions and mysteries of nature, could have been an excellent teacher for how to approach the main character and make her as compelling as Paulinus or Fox. Instead, the reader is left marvelling at Fox's sacrifice.
Read more
2 people found this helpful
Helpful
Sending feedback...
Thank you for your feedback.
Sorry, we failed to record your vote. Please try again
Report abuse

Starry Vere
5.0 out of 5 stars Boudicca gets the treatment she deserves
Reviewed in the United States on 2 October 2018
Verified Purchase
Fascinating and powerful story; when Hollywood is finally ready to tell the Boudicca story right they will at least know who to hire as the screenwriter and director. Mr. Romanek is obviously passionate and knowledgeable about this subject, and everything from the dialogue of that era to the command structure of the Roman legions rings absolutely true. All the characters, particularly Boudicca of course, are complex, flawed, and interesting. There is a definite feminist tinge to the material but it is handled realistically—it feels 'of the time' always. Johan Sward's art is visceral and evocative, and definitely fits the material. In my opinion a few of the illustrations cry out for a color palette (some of the great battles in particular), but I imagine budgetary constraints made that difficult. By the thrilling third act I couldn't put this story down; I have never had that experience with a graphic novel.
Read more
Helpful
Sending feedback...
Thank you for your feedback.
Sorry, we failed to record your vote. Please try again
Report abuse
Load more international reviews

Steven
5.0 out of 5 stars A great novel with great illustrations
Reviewed in the United States on 20 March 2018
Verified Purchase
A great novel with great illustrations, I really took my time to enjoy it and to pay attention to all the details. Very well done and I learned about someone from history that I did not know before. Entertaining and informative, a two-fer! I highly recommend this, it could not have been written or illustrated any better. Will there be another one?
Read more
One person found this helpful
Helpful
Sending feedback...
Thank you for your feedback.
Sorry, we failed to record your vote. Please try again
Report abuse