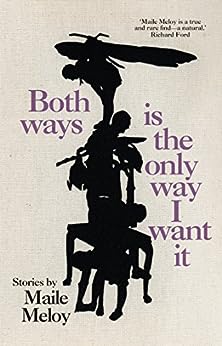 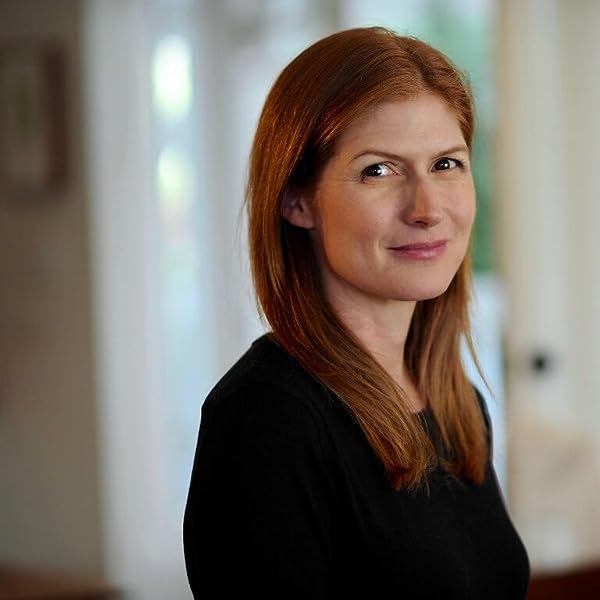 Both Ways is the Only Way I Want It Kindle Edition

by Maile Meloy (Author) Format: Kindle Edition
See all formats and editions
Sorry, there was a problem loading this page. Try again.
Maile Meloy was listed as one of Granta's 21 Best Young American Novelists.

A love-struck young ranch hand, an aging Argentine lover, a trusted confidante who isn't a friend and two hitchhikers named Bonnie and Clyde.

Caught between opposing forces-fidelity and desire, impulse and security, innocence and experience-Meloy's unforgettable characters have each reached a fork in the road. But what kind of fool wants it only one way?

These eleven stories are funny, sly and sparkling with energy. Both Ways Is The Only Way I Want It is a joyous read.

'Maile Meloy writes with eerie clarity about the way human beings lust for the agents of they own undoing. Beautiful, terrifying writing.' Joanna Murray-Smith

''Though it might seem strange to praise a writer for the things she doesn't do, what really sets Meloy apart is her restraint. She is impressively concise, disciplined in length and scope. And she's balanced in her approach to character, neither blinded by love for her creations, nor abusive toward them. . . She's such a talented and unpredictable writer that I'm officially joining her fan club; whatever she writes next, I'll gladly read it.'' --New York Times Book Review

''In the best short stories -- by Poe, Raymond Carver, Hemingway, Flannery O'Connor or Alice Munro -- there is always malaise, if not outright heartache, on the horizon. In less able hands this convention turns lugubrious and contrived. But Meloy's lean, targeted descriptions and her ultimately compassionate eye make this journey hurt so good.'' --Los Angeles Times

''Maile Meloy's Both Ways Is the Only Way I Want It reads like a Bruce Springsteen album sounds: raw with a tender wildness and loaded with adolescent ache. The nuanced depictions of small-town life in some of these stories make for a rich tableau of lovelorn cowboys, provincial lawyers, and renegade women. Don't miss this sleeper hit of 2009.'' --O, the Oprah Magazine

''If life is all about choices, as the saying goes, then what happens when we simply can't make up our minds about what's most important? In her second volume of short stories, Both Ways Is the Only Way I Want It, acclaimed novelist Maile Meloy. . . cracks at our nagging desire to have it all in eleven tightly written, remarkably fluid narratives, most of which unfold in sleepy towns across Meloy's native Montana.'' --Elle

''After two well-received novels, Meloy returns to the short story, the form in which she made her notable debut and to which her lucid style is arrestingly well suited. . . Always true to her wide-ranging though consistently introspective characters, Meloy convincingly depicts the inchoate emotion that drives people, while also distilling meaning from it.'' --Atlantic

''Readers drawn to the short story are sometimes disappointed upon reading a collection by a single author, even one they favor. The collection might seem padded, or the voice that struck us as original and engaging becomes boringly familiar halfway through. No such hazard awaits the readers of this new collection. The award-winning Meloy continues to deliver stories that please and surprise as each narrative's small world unfolds. . . Verdict: Readers who have waited impatiently for Meloy's return to this genre, perhaps the one in which Meloy herself seems most at home, have a treat in store.'' --Library Journal (starred review) --This text refers to an out of print or unavailable edition of this title.

MAILE MELOY's short-story collection, Half in Love, was a New York Times Notable Book in 2002. She won the 2001 Aga Khan Prize for best story in the Paris Review. Her work has also appeared in the New Yorker and Best New American Voices and has been nominated for a National Magazine Award. Her novels include Liars and Saints and A Family Daughter. She lives in California. --This text refers to an out of print or unavailable edition of this title.

Eleven new stories demonstrate the emotional power and assured style that have earned Meloy praise and devotion. Propelled by a great instinct for storytelling, this collection is about the battlefields in seemingly harmless spaces: kitchens, living rooms, cars. Set mostly in the American West, the stories feature small-town lawyers, ranchers, doctors, parents, and children, exploring moral quandaries of love, family, and friendship. A ranch hand falls for a law-school graduate who appears unexpectedly in his remote Montana town. A man opens his door to find his dead grandmother standing on the steps. Two women weigh love and betrayal during an early snow. Meloy examines the tensions between having and wanting as her characters try to keep hold of opposing forces in their lives. --This text refers to an alternate kindle_edition edition.
Read more

MAILE MELOY is the author of three novels, two story collections, a middle-grade trilogy, and a picture book. Her fiction has also appeared in The New Yorker, The Paris Review and Best American Short Stories, and on Selected Shorts and This American Life. She has received The Paris Review’s Aga Khan Prize for Fiction, the PEN/Malamud Award, the American Academy of Arts and Letters’ Rosenthal Foundation Award, and a Guggenheim Fellowship.

4.4 out of 5 stars
4.4 out of 5
78 global ratings
How are ratings calculated?
To calculate the overall star rating and percentage breakdown by star, we don’t use a simple average. Instead, our system considers things like how recent a review is and if the reviewer bought the item on Amazon. It also analyses reviews to verify trustworthiness.

Ivos Piacentini
5.0 out of 5 stars depressing but really good
Reviewed in Germany on 2 May 2018
Verified Purchase
You can't put it down. I loved most of her short stories, even though most of them are really sad and sometimes even depressing
Read more
Report abuse
Translate review to English

MARINA M.
5.0 out of 5 stars Lovely stories
Reviewed in France on 4 August 2014
Verified Purchase
I love the way Maile Moyle writes, keeping you wanting to read on and see what happens to her characters. These stories are up to standard . I enjoyed the book
Read more
One person found this helpful
Report abuse

Eric Lavallee
5.0 out of 5 stars Five Stars
Reviewed in Canada on 19 April 2016
Verified Purchase
satisfied!
Read more
Report abuse
See all reviews
Back to top
Get to Know Us
Make Money with Us
Let Us Help You
And don't forget:
© 1996-2022, Amazon.com, Inc. or its affiliates