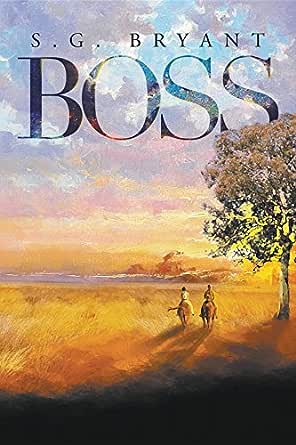 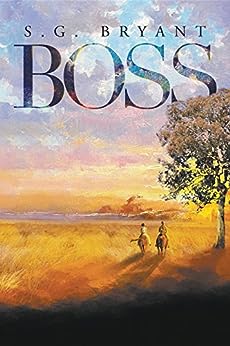 Boss chronicles the life and times of Mary Emily Susannah (Minnie) Hunter, and her experiences on the frontiers of nineteenth century Australia.  Born into a family of famous horsemen and pioneers, Minnie inherits her family’s love of horses as well as an affinity with the wild landscape at the edge of settled Australia.

As a child she meets John Brewer, a self-made pastoralist and outstanding young horseman.  She quickly comes to idolise the man she calls ‘Boss’, and the friendship she strikes up marks the beginning of a devotion that lasts her whole life.

The book also charts the terrible fate that befell the Boandik and Wiradjuri tribes, who Minnie lived with and befriended over her life.  In the space of a generation, disease and white apathy and neglect wiped out these people and their traditional way of life.

Boss is based on the published diaries of Minnie Hunter, creatively interpreted to highlight the remarkable lives of Minnie, her family, and the people she encountered over her life.

Simon Bryant grew up on a farm, a soldier settler block in the South East of South Australia. After graduating with an English Literature degree from Adelaide University, he has pursued a number of paths, including farming, managing a radio station, working in tourism, and most recently, an extended spell in the public service in Canberra. Now retired, he is dedicating his time to a life-long interest in creative writing, and, in particular, to writing historical Australian fiction.

Didsy04
5.0 out of 5 stars Great historical novel
Reviewed in Australia on 15 October 2019
Format: Kindle EditionVerified Purchase
I thoroughly enjoyed reading this book. Part of this book is set in and near my hometown of Kalangadoo. It was interesting to read about the Leake brothers and the Aboriginal people around Lake Leake.
Read more
Helpful
Comment Report abuse

Simon Cobcroft
5.0 out of 5 stars Great evocation of early Australian life on the land
Reviewed in Australia on 4 October 2018
Format: Paperback
Boss brings to life the differing hardships of pioneer white settlers and native inhabitants of South Australia during the Nineteenth Century. The at times, unwitting, at other times deliberate, displacement of the Boandik and Wiradjuri tribes by the white man is acutely felt by the protagonist Minnie. Minnie's love of pastoralist, John Brewer (Boss), is also a fascinating story of love in a harsh land.

That it is based on a true story, makes Boss all the more moving in its telling.

andrea bryant
4.0 out of 5 stars Engaging historical drama depicting 19th century Australian colonial life
Reviewed in Australia on 8 October 2018
Format: Paperback
Loved this book. It gives a wonderful picture of colonial Australian life in the 19th century, particularly of Melbourne life at the turn of the century. Beautiful character portrayals, threaded with a tragic love story. I loved the vignettes of interesting Australian history featured throughout the book, including a very strong narrative on early indigenous culture. The book provides a fascinating portrayal of early Australian history.
Read more
Helpful
Comment Report abuse
See all reviews from Australia
Get FREE delivery with Amazon Prime
Prime members enjoy FREE Delivery and exclusive access to movies, TV shows, music, Kindle e-books, Twitch Prime, and more.
> Get Started
Back to top
Get to Know Us
Make Money with Us
Let Us Help You
And don't forget:
© 1996-2020, Amazon.com, Inc. or its affiliates