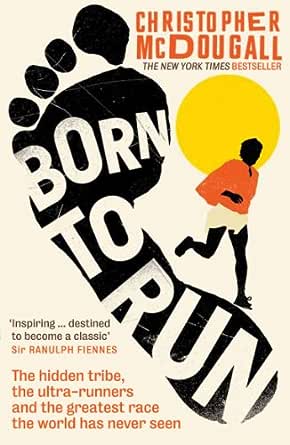 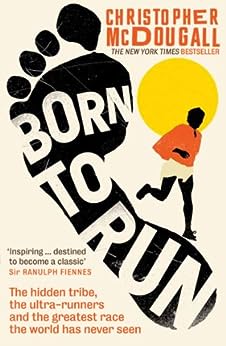 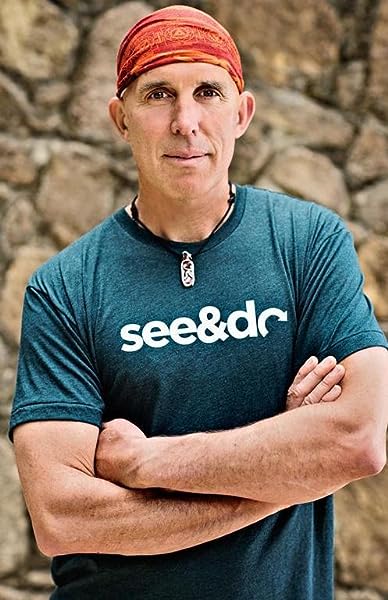 Born to Run: The hidden tribe, the ultra-runners, and the greatest race the world has never seen Kindle Edition

"A tale so mind-blowing as to be the stuff of legend." --The Denver Post

"McDougall's book reminded me of why I love to run." --Bill Rodgers, San Francisco Chronicle

"Fascinating. . . . Thrilling. . . . An operatic ode to the joys of running." --The Washington Post "It's a great book. . . . A really gripping read. . . .Unbelievable story . . . a really phenomenal book." --Jon Stewart on The Daily Show "One of the most entertaining running books ever." --Amby Burfoot, Runnersworld.com "Equal parts quest, physiology treatise, and running history. . . . [McDougall] seeks to learn the secrets of the Tarahumara the old-fashioned way: He tracks them down. . . . The climactic race reads like a sprint. . . . It simply makes you want to run." --Outside Magazine "McDougall recounts his quest to understand near superhuman ultra-runners with adrenaline pumped writing, humor and a distinct voice...he never lets go from his impassioned mantra that humans were born to run." --NPR "Born to Run is a fascinating and inspiring true adventure story, based on humans pushing themselves to the limits. It's destined to become a classic."-Sir Ranulph Fiennes, author of Mad, Bad and Dangerous To Know "Equal parts hilarity, explanation and earnestness--whisks the reader along on a compelling dash to the end, and along the way captures the sheer joy that a brisk run brings." --Science News "Born to Run is funny, insightful, captivating, and a great and beautiful discovery." --Lynne Cox, author of Swimming to Antarctica "A page-turner, taking the reader on an epic journey in search of the world's greatest distance runners in an effort to uncover the secrets of their endurance." --The Durango Herald "Driven by an intense yet subtle curiosity, Christopher McDougall gamely treads across the continent to pierce the soul and science of long-distance running."--Hampton Sides, author of Blood and Thunder and Ghost Soldiers

At the heart of Born to Run lies a mysterious tribe of Mexican Indians, the Tarahumara, who live quietly in canyons and are reputed to be the best distance runners in the world; in 1993, one of them, aged 57, came first in a prestigious 100-mile race wearing a toga and sandals. A small group of the world's top ultra-runners (and the awe-inspiring author) make the treacherous journey into the canyons to try to learn the tribe's secrets and then take them on over a course 50 miles long.

With incredible energy and smart observation, McDougall tells this story while asking what the secrets are to being an incredible runner. Travelling to labs at Harvard, Nike, and elsewhere, he comes across an incredible cast of characters, including the woman who recently broke the world record for 100 miles and for her encore ran a 2:50 marathon in a bikini, pausing to down a beer at the 20 mile mark.

gav
5.0 out of 5 stars Awesome book gonzo journalism meets sports
15 May 2019
Format: Kindle EditionVerified Purchase
I have only just started running after a 10 year sabbatical caused by the nagging knee injury that keeps on giving.This book came recommended after I read Running with the Kenyans.It contains the same enthusiasm tips and simple readability that puts it above other sports books.Read it as an adventure novel if you don’t like running!
As a budding runner this book helps with the science too and gives you a starting point for good form which helps fix those injuries too.Great read great fun

Truth Devour
TOP 1000 REVIEWER
5.0 out of 5 stars Intoxicating Read
30 June 2019
Format: Kindle EditionVerified Purchase
Returning to the essence of running for the joy of running is a fabulous notion that to me is the true heart of this story. As an avid traveler, I enjoyed being vicariously carried by the authors descriptions, off to places I had not been to, meeting incredible people that I did not know existed.

I feel richer in knowledge & heart. Born to Run is a wonderful book.

Vijay
5.0 out of 5 stars Great book - if your a runner you should read this
1 June 2015
Format: Kindle EditionVerified Purchase
Great book, a fantastic/motivational story.

The story follows the journey of Chris as he tries to learn the techniques of the "greatest runners of all time" and prepares for a marathon between these runners and Americas greatest ultra-runners, he also has some fascinating insights into bare foot running and the role running may have had in the evolution of humans.

If your a runner, if your ever pushed yourself to run through a rain storm or a scorching hot day while the rest of the world hugged their Televisions, if your ever hit the "wall" and pushed yourself that little but further, if you enjoy nothing more then chucking on your runners and going for run down a mountain trail then you will relate to this book, you will enjoy this book and you should read this book.

However, one of the main points of the book is running shoeless. Readers should know that shoeless running is research is still in its infancy! Don't try to go running around without shoes before visiting a podiatrist and without setting a proper transitioning fitness plan!

Regardless, it's a well written book which absorbed me into the world of ultra running!
Read more
Helpful
Comment Report abuse

RosaandEnzo
5.0 out of 5 stars Awesome book
29 March 2018
Format: Kindle EditionVerified Purchase
I could not put this book down, Part story, part running history, part inspirational, part motivational.. this book had everything in the recipe to make you want to keep reading.
Definitely recommend.
Read more
Helpful
Comment Report abuse

Kindle Customer
4.0 out of 5 stars Great book
1 November 2018
Format: Kindle EditionVerified Purchase
A bit slow to get going but well worth it. It explains the research within telling a story but setting out the story at the start put me off and I almost didn't continue. I'm glad I did though and I'm going to get some more of his books
Read more
Helpful
Comment Report abuse

Sam
5.0 out of 5 stars Wow.
17 November 2016
Format: Kindle EditionVerified Purchase
This book isnt just a book, it's a complete new way if seeing running, friendship and life in general. Best book i have read for years. Would recommend to anyone i care about so they could experience this read as i did. Thank you Christopher, for opening up such a beautiful mystery!
Read more
Helpful
Comment Report abuse

Bonny R
5.0 out of 5 stars A must read for every runner who has struggled to run
26 October 2019
Format: Kindle EditionVerified Purchase
Running is an art, a science and everything in between. Things that you will learn from when the writer goes off on a tangent will enrich your running forever.
Read more
Helpful
Comment Report abuse
There are 36 customer reviews and 37 customer ratings.
See all 36 customer reviews
Write a customer review

Go to Amazon.com to see all 3,992 reviews 4.7 out of 5 stars
Get FREE delivery with Amazon Prime
Prime members enjoy FREE Delivery and exclusive access to movies, TV shows, music, Kindle e-books, Twitch Prime, and more.
> Get Started
Back to top
Get to Know Us
Make Money with Us
Let Us Help You
And don't forget:
© 1996-2020, Amazon.com, Inc. or its affiliates