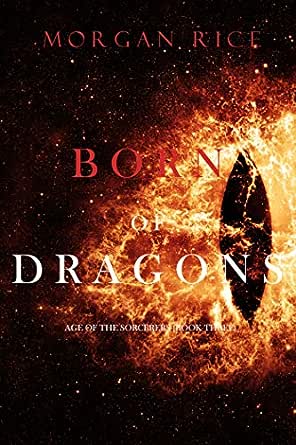 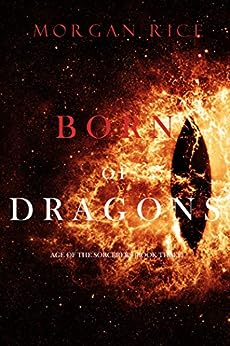 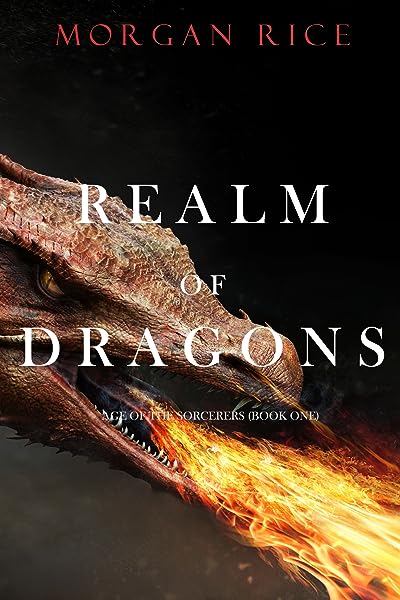 Born of Dragons (Age of the Sorcerers—Book Three) Kindle Edition

4.5 out of 5 stars
4.5 out of 5
109 global ratings
How are ratings calculated?
To calculate the overall star rating and percentage breakdown by star, we don’t use a simple average. Instead, our system considers things like how recent a review is and if the reviewer bought the item on Amazon. It also analyses reviews to verify trustworthiness.

HazelM
TOP 500 REVIEWER
5.0 out of 5 stars Totally love it.
Reviewed in Australia on 15 April 2020
This third book in the series takes you straight back to the drama and intrigue.
The battle in the fight for what is right continues as I was totally and instantly sucked back into this world.
This series is going to be huge.
I received a free copy of this book via Booksprout and am voluntarily leaving a review.

Steve Michael
4.0 out of 5 stars Very very good. Despite the title
Reviewed in the United Kingdom on 19 June 2020
Verified Purchase
While I am not a fan of the constant dragon titles, I must say this third book in the series is excellent. Builds very well from book two. More action, more magic, more battles and more suspense and wonder! The mix of characters and story arcs are very very well done. I must have finished the book in less than 6 hours total. Looking forward to book 4 but it has not yet been released. Due end of the month. Really excited to get to it. Highly recommended epic fantasy series.
Read more
Report abuse

Nigel Wright
5.0 out of 5 stars Born of dragons
Reviewed in the United Kingdom on 21 April 2020
Verified Purchase
Shame,I like the style,really liked the first 2,decided to buy the 3rd and ended up skipping lots of paragraphs of seemingly pointless infill much as I would like to follow to the end I don't buy books to turn pages without reading them.I'm not angry just disappointed
Read more
Report abuse

Kindle Customer
5.0 out of 5 stars Age of Sorcerers books 1 o 3
Reviewed in Canada on 23 June 2020
Verified Purchase
It's been awhile since I've read Morgan Rice books. She has written a number of great series one favorite was Sorcerers Ring.  I am now reading Age of Sorcerers which is another interesting series. Model is direction, traitors, dragons, wars, manipulations, etc seem to be pets of this series. Looking forward to the rest of the series.  Thanks Morgan for involving me in you great writing again. There are still a couple of your series I haven't read so will definitely be checking them out.
In the process of reading book 3 of Age of Socerers,  anxious to see what Devin and Jesse will be up to.  As well as Lenore.  As for Vars here hoping he straightens himself out and become more supportive and less selfish.  So many other characters to talk about but need to see which direction they will go in this and the following books.
Read more
Report abuse

Kindle Customer
4.0 out of 5 stars Born of dragons
Reviewed in Canada on 15 April 2020
Verified Purchase
So many puzzle pieces to put together if there is to be a successful end to this story. Maybe the next in the series will bring some relief.
Read more
Report abuse
See all reviews
Get FREE delivery with Amazon Prime
Prime members enjoy FREE Delivery and exclusive access to movies, TV shows, music, Kindle e-books, Twitch Prime, and more.
> Get Started
Back to top
Get to Know Us
Make Money with Us
Let Us Help You
And don't forget:
© 1996-2020, Amazon.com, Inc. or its affiliates