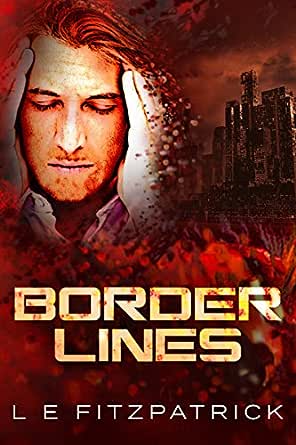 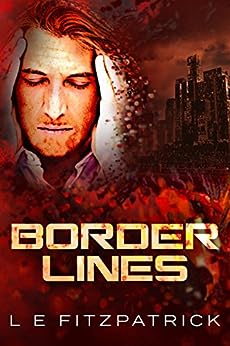 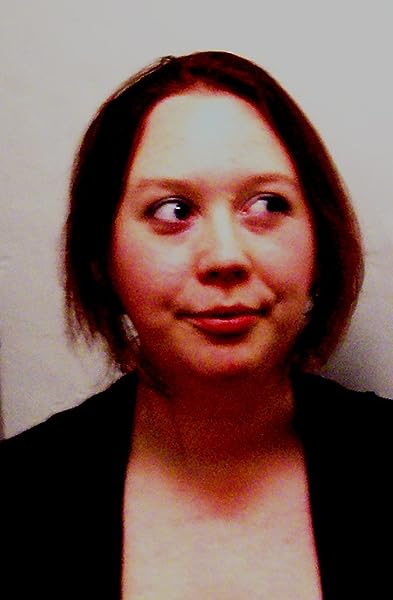 Kazz Moss
5.0 out of 5 stars A Fantastic Book!
Reviewed in the United Kingdom on 31 January 2017
Verified Purchase
This is the second book of the series that I have read and I have to say - I loved this book! The characters, which I struggled with in the first book, were perfect in this one. I understood who they were and what a Reacher was this time. I don’t usually read serials, but I’m so glad I followed this one up. I loved the minor characters too, particularly, Roxy. I felt that this time I understood who he was and even quite liked him.

S'haven was the poorer city on the outskirts of London and all set in the future. The border lines referred to surrounded London and the guards that patrol them are sometimes brutal. People literally get away with murder.

Riva, the wife of Pinky Morris who was murdered in the first book, now his empire. She wants to run the borders, but three people will be voting against her. That’s awhere the brothers, Charlie and John along with Rachel. Running parallel to the story, there is a killer on the loose, and he is suspected Reacher. Rachel's ex-husband and his boss are working on the case out to find who the killer is.

I really did love this book and I loved the world L E Fitzpatrick created and her storytelling is magical. I was in London and S'haven in my imagination because of descriptions and knowledge of the area created. Wow! Just a brilliant read!

Kerry
5.0 out of 5 stars Xmen move over... The Reachers are in town!
Reviewed in the United Kingdom on 29 July 2014
Verified Purchase
I absolutely loved the Running Game, the first book in the Reachers #1 but the question is, did book two have the same effect on me? Of course it bloody did if not more so. Hooked from page one and could not get enough. The Running Game saw the Smith brothers save Rachel and escape S’aven. Now they are back, bigger and better then ever with a new team member on board and another job on the arisen…

Unfortunately for John and Rachel, it’s Charlie’s job to find the jobs and take them on and there’s nothing they can say about it even if they think it’s a bad idea. They need the money, as simple as that and the only thing that’s important is finding Charlie’s daughter.

Ten months have passed and they find themselves back in S’aven and Rachel’s not sure how she feels about that. Then again she’s on the run and with the two best men she knows and trusts. They soon find themselves crossing the border to London with one thing on their mind ~ getting the job done. They have three men to take care of on the instruction of Riva Morris.

One is a major who has it coming anyway. One is an editor who is already missing and one is a doctor who holds a secret of his own.

In the meantime, there’s a serial killer on the lose and dead prostitutes are turning up left right and centre whilst the medical supply trucks are being hijacked. On top of that, there’s new cops in town, Wade Adams, special Reacher division and his new recruit, Mark Bellamy, remember him? Rachel’s cop boyfriend framed for his partner’s killing. They are convinced the prostitute serial killer is a Reacher and they have the Smith brothers card marked.

Roxy’s back too, making up the 4th member of the Smith brothers and this time he has a point to prove but not before John shoots him, landing him up in hospital. There’s also the Reachers that want Rachel to join them and it seems they’ll go to great lengths to get what they want.

Charlie finds himself in deep water with the missing editors wife and Rachel is getting too close to comfort with the doctor. It seems the only one seeing straight is John and Roxy!

So is the hijacking of medical supplies, dead prostitutes and Riva’s job connected? Well you’ll have to read it to find out but I can tell you, this had me hooked. I could not put it down and it had me constantly guessing whodunit. I didn’t guess it either!

I love LE Fitzpatrick’s ability to create such brilliant story lines with something that isn’t possible but has you believing it could be. Xmen move over! I seriously cannot wait for more… Oh and it ends in a cliffhanger!
Read more
One person found this helpful
Report abuse

Tanya S
4.0 out of 5 stars Highly recommended for fans of paranormal/fantasy/adult/crime/dystopia
Reviewed in the United Kingdom on 12 January 2015
Verified Purchase
Reachers are hiding within a broken country. S'aven is the shanty town that surrounds London, like a puddle of piss, with Londoners heading over the border by day to slum it with the cheap whores while s'aveners are heading in the opposite direction, if they can get a border pass, hoping to earn enough money to live - it's all unjust and unfair, but they all have the same hatred and fear of the Reachers. Government and media propaganda, and a few psychopaths, help fuel the murderous reputations of people like Rachel and the Smith brothers, Charlie and John - that and they do actually keep killing people...just saying.
Now another killer, a catagory 5 Reacher, is on the loose strangling hookers for kicks. Riva Morris is back and looking to take control of the border for her own gain, Roxy wants back in with the Smiths and their new sister despite selling her out to Riva in the past, and Mark, Rachel's ex boyfriend and now ex-cop since he took the rap for his murdered partner...just saying!...is out of the work camp and hot on the Reacher's tails. All of the players collide in this, the second novel in the Reacher series. (There's also a short story set between these two books which is worth a read!)
This story is fast paced, well written and imaginative. Recommended for fans of paranormal/fantasy/adult/crime/dystopia
Read more
Report abuse

Avid reader and shopper
5.0 out of 5 stars Gob smacked love it love it love it
Reviewed in the United Kingdom on 25 July 2014
Verified Purchase
Brilliant i am gob smacked love it love it love it
I read this in Just over a day
I did not want it to put it down & it definitely won't be the last book i will read of this series it was outstanding it was gripping i just loved it Words fail me i cant stress enough how good this book is. This is book 2 plus there are 2 novela i loved them all
Read more
One person found this helpful
Report abuse

Kindle Customer ian mac
5.0 out of 5 stars Another thrilling edition
Reviewed in the United Kingdom on 12 April 2017
Verified Purchase
Was not expecting the twists and turn's in this second book in the series and can't wait for the next book
Read more
Report abuse
See all reviews
Get FREE delivery with Amazon Prime
Prime members enjoy FREE Delivery and exclusive access to movies, TV shows, music, Kindle e-books, Twitch Prime, and more.
> Get Started
Back to top
Get to Know Us
Make Money with Us
Let Us Help You
And don't forget:
© 1996-2020, Amazon.com, Inc. or its affiliates