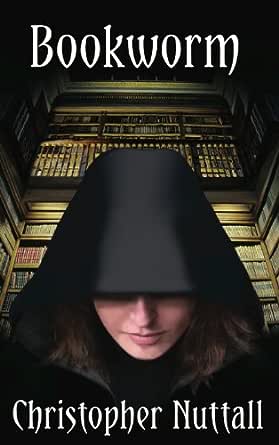 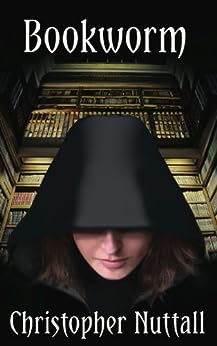 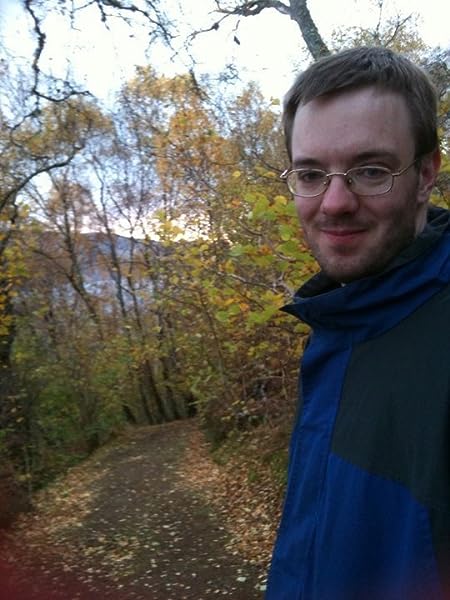 Elaine is an orphan girl who has grown up in a world where magical ability brings power. Her limited talent was enough to ensure a magical training but she’s very inexperienced and was lucky to get a position working in the Great Library. Now, the Grand Sorcerer – the most powerful magician of them all – is dying, although initially that makes little difference to Elaine; she certainly doesn’t have the power to compete for higher status in the Golden City. But all that changes when she triggers a magical trap and ends up with all the knowledge from the Great Library – including forbidden magic that no one is supposed to know – stuffed inside her head. This unwanted gift doesn’t give her greater power, but it does give her a better understanding of magic, allowing her to accomplish far more than ever before.
It’s also terribly dangerous. If the senior wizards find out what has happened to her, they will almost certainly have her killed. The knowledge locked away in the Great Library was meant to remain permanently sealed and letting it out could mean a repeat of the catastrophic Necromantic Wars of five hundred years earlier. Elaine is forced to struggle with the terrors and temptations represented by her newfound knowledge, all the while trying to stay out of sight of those she fears, embodied by the sinister Inquisitor Dread.
But a darkly powerful figure has been drawing up a plan to take the power of the Grand Sorcerer for himself; and Elaine, unknowingly, is vital to his scheme. Unless she can unlock the mysteries behind her new knowledge, divine the unfolding plan, and discover the truth about her own origins, there is no hope for those she loves, the Golden City or her entire world.

Bookworm has won the GOLD award in the Adult fiction category of the 2013 Wishing Shelf Independent Book Awards.

Christopher Nuttall has been planning sci-fi books since he learned to read. Born and raised in Edinburgh, Chris created an alternate history website and eventually graduated to writing full-sized novels. Studying history independently allowed him to develop worlds that hung together and provided a base for storytelling. After graduating from university, Chris started writing full-time. As an indie author, he has published a number of novels through Amazon Kindle Direct Publishing. Bookworm is his second fantasy novel to be published by Elsewhen Press. Chris is currently living in Borneo with his wife, muse, and critic Aisha.

Scott Osmond
TOP 50 REVIEWER
4.0 out of 5 stars Interesting Start
Reviewed in Australia on 12 December 2019
Format: Kindle EditionVerified Purchase
The start to another good story from Nuttall. After becoming a bookworm Elaine discovers many interesting things not only about magic and history but about herself. Not all the revelations are good. The story flowed well and the characters were believable. Especially those with power. For some reason many with power behave badly particularly those who have grown up with it instead of earning it. Some graphic sex scenes. This story was published earlier in CN's writing cureer. He's definitely improved his craft over the last 6 years or so. I'll be reading the rest of the series.
Read more
Helpful
Comment Report abuse

Kindle Customer
5.0 out of 5 stars Book worm wonderful
Reviewed in Australia on 1 February 2014
Format: Kindle EditionVerified Purchase
Book worm what a wonderful magical story. Well fleshed out characters and plot will be buying the next book in this series.
Read more
One person found this helpful
Helpful
Comment Report abuse

TimC
2.0 out of 5 stars Not up to his usual standard.
Reviewed in the United Kingdom on 24 July 2018
Format: Kindle EditionVerified Purchase
Unlike his (many) other series I just could not take to this. Schooled in magic progresses and has enough interest to keep me buying each volume, the various space adventures likewise but this series did not attract. Perhaps it is because the heroine is described in such negative terms at the outset, but then that applies to the Zero Enigma series as well so I suspect that it was just not one for me. Still do not let this put you off the author who can (almost) always be relied upon for good tales.
Read more
Helpful
Sending feedback...
Thank you for your feedback.
Sorry, we failed to record your vote. Please try again
Report abuse

Diana Fleming
4.0 out of 5 stars Overall, a good read.
Reviewed in the United Kingdom on 14 February 2015
Format: Kindle EditionVerified Purchase
Pros: for the most part, the book is well written. The writing is smooth and the plot moves along at a steady pace. The main character is well fleshed out, likeable, and suprisingly interesting for a librarian.

Cons: there are a few awkward spots. The author tends to include references to characters from other works of film/fiction (e.g., Asterix and Obelix, Judge Dredd, etc.) that, at least for me, felt self-indulgent and only served to break the flow of the story. Also, the romance/sex, whilst playing a very minimal role in the story, is not well executed. I agree with other reviewers who point out that it is most unlikely that a socially awkward virgin's first reaction to being stripped and tortured would be to rush to a man with whom she has had one date to lose her virginity. That said, I found it easy enough to overlook as it plays a very minor role in the book overall.

This isn't a book that's heavy on action; the story progresses as the main character matures and what is interesting is her perspective. Overall, it's a good read and I have no hesitation recommending it.

shauna
3.0 out of 5 stars Disappointing.
Reviewed in the United Kingdom on 12 June 2018
Format: Kindle EditionVerified Purchase
I’m obviously not the kind of reader this book is aimed at. I’ve enjoyed this author’s science fiction books - I’ve read most of them and find them a good read and interesting (even the obviously political leanings). This book is clearly aimed at a different kind of reader. Characterisation and ideas explored were shallow, the action was uninteresting and the sex scenes were cringe making. I found myself skipping passages then simply couldn’t be bothered to finish it.
Read more
Helpful
Sending feedback...
Thank you for your feedback.
Sorry, we failed to record your vote. Please try again
Report abuse

Mrs. D. P. Gray
5.0 out of 5 stars Loved reading Bookworm
Reviewed in the United Kingdom on 22 January 2014
Format: Kindle EditionVerified Purchase
I don't normally read a lot of books like this, and I was very pleasantly surprised at how much I enjoyed this story.
The characters were very good, you cared about what happened to them and there is much scope to carry them forward into more books. I will definitely be looking for more books by this author.

mark w
5.0 out of 5 stars Just buy it if you like Nuttall
Reviewed in the United Kingdom on 29 November 2015
Format: Kindle EditionVerified Purchase
Just awesome. Excellent writing and definitely worth paying for.
Read more
Helpful
Sending feedback...
Thank you for your feedback.
Sorry, we failed to record your vote. Please try again
Report abuse

Guy Marc GAGNE
4.0 out of 5 stars Light reading enjoyment
Reviewed in Canada on 6 January 2015
Format: Kindle EditionVerified Purchase
OK - it is admittedly geared to teens/young adults
But, it does make for some light-heart-ed escapism
Easy reading with a touch of humour
Typical of Chris, regardless of genre, he spins a fair yarn!
Read more
Helpful
Sending feedback...
Thank you for your feedback.
Sorry, we failed to record your vote. Please try again
Report abuse

dk nordquist
5.0 out of 5 stars something new :)
Reviewed in Canada on 1 July 2016
Format: Kindle EditionVerified Purchase
read it. Bought the next 3 in the series.
Read more
Helpful
Sending feedback...
Thank you for your feedback.
Sorry, we failed to record your vote. Please try again
Report abuse