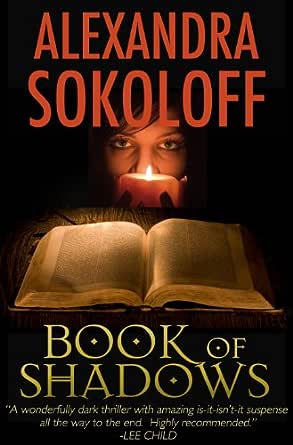 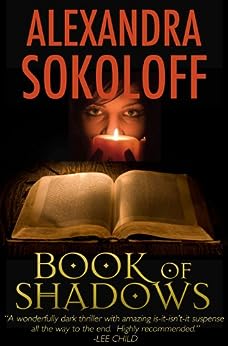 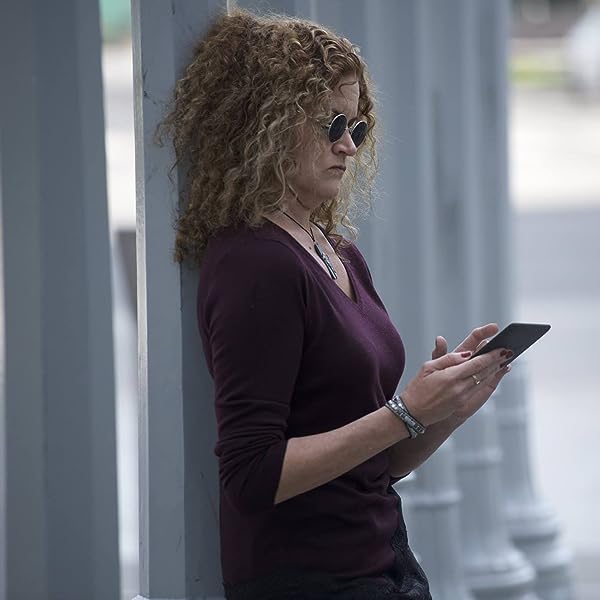 ALEXANDRA SOKOLOFF is the Thriller award-winning author of The Unseen, The Price, and The Harrowing, which was also nominated for the Bram Stoker Award and Anthony Award for Best First Novel. She lives in California and North Carolina.

4.2 out of 5 stars
4.2 out of 5
249 global ratings
How are ratings calculated?
To calculate the overall star rating and percentage breakdown by star, we don’t use a simple average. Instead, our system considers things like how recent a review is and if the reviewer bought the item on Amazon. It also analyses reviews to verify trustworthiness.

G. Budrikis
3.0 out of 5 stars A Mixed Bag
Reviewed in Australia on 21 December 2015
Verified Purchase
Like her "Moon trilogy" this book has really great character description, nice pace and enough twists and turns to keep the pages turning and the escape happening. The only thing, and maybe it's just me, but while I don't mind the Occult being part of the scenario, I really don't like it when supernatural phenomena creep into the world view of the novel.
Read more
One person found this helpful
Helpful
Report abuse

Debra
TOP 500 REVIEWER
4.0 out of 5 stars Scary
Reviewed in Australia on 25 May 2020
Verified Purchase
This book is creepy and thrilling with supernatural elements. It was at times almost silly but I was prepared going in. The main character is good - loved him. Enjoyed the read.
Read more
Helpful
Report abuse

Cheryl De Beer
3.0 out of 5 stars The book of shadows
Reviewed in Australia on 6 December 2016
Verified Purchase
An excellent read. 3 stars due to the unnecessary rough sex exploits. Seriously - what woman wants a randy man to just jump her with no tenderness at all? What happened to foreplay? Anyway the sex was totally irrelevant to the story which was really thought provoking and enlightening.
Read more
Helpful
Report abuse

C EDMEAD
4.0 out of 5 stars Four Stars
Reviewed in Australia on 24 November 2015
Verified Purchase
Gripping storyline but unlikely scenario regarding the absence of investigating officers partner most of the time.
Read more
Helpful
Report abuse

Nel
3.0 out of 5 stars Homicide with an occult twist
Reviewed in the United Kingdom on 26 July 2018
Verified Purchase
It was not a bad thriller but also not perfect. The story started a bit slow and would have been a bit better with more information about Garrett at this point.

The storyline has a good plot with twist regarding to the occult and witchcraft. I was not so sure about his beliefs, he constantly didn't believe he seen so much what he couldn't explain but went for it anyway. I found his struggle a bit odd. If I don't believe in it, I don't do anything.

The end could have been a bit better would have liked to have information special about Jason what has happened to him. And if there is actually a relationship coming up with Garrett and Tanith.....no information at all in what he starts believing in...did he now changed his position to paranormal investigator? I saw the next book but nothing comes up with Garrett in the next book so for me I am finished, because it's not a series with this one.

Tom Stronach
5.0 out of 5 stars Headless in Boston......
Reviewed in the United Kingdom on 25 January 2014
Verified Purchase
Bought this book way back in March 12 on a whim after coming across the author who had written a piece on the 'Murderati' web site in regard to the casting of a rather diminutive actor to play the role of an extremely large peripatetic loner from the world of crime fiction .... the trolls were giving her a hard time over her comments and for some reason I bought this book and it's been sitting there since then, but better late than never......

I thought I had never read any occult and then suddenly I remembered finding Dennis Wheatley in the 70's and devouring almost all of his novels, how could I have forgotten, particularly since I had a clear out a couple of weeks ago and there were at least a dozen of his books donated away to make space .... memory

Anyway to the book at hand: Erin Carmody, a Bostonian socialite teen and student is found dumped in one of Bostons rubbish infill sites. Well, we find out later that it is she, as when the body is discovered it has no head or hands....

Detectives Adam Garrett and Carl Landauer are assigned the case and quickly find themselves dealing with what appears to be a murder linked to the Occult; something neither of them have any belief in or understanding off.

On chasing down what little leads they have they soon arrest Carmody's boyfriend, another college student and band member who appears to have gone off the deep end psychologically speaking and also has an unhealthy interest in the occult. The detectives believe they have the right guy for the murder but someone called Tanith Cabarrus, an occult shop owner from Salem turns up at the police station and gives details of the mutilation that had not been, as far as they knew, to the press or anyone outside the investigation, then she informed them that the boy they had arrested for the murder was not guilty and that it was in fact a ritual killing, that one other had already taken place and that more would occur before Samhain or Halloween to you and me.

There is no record or reports of a previous murder of this type in the system and clearly the detectives are more than a little sceptical of this walk-in witness......

This is a complicated thriller, mainly for the characters, doubtful and disbelieving detectives with one having his whole belief system challenged the other totally dismissive of an occult connection and with an arrest in his pocket and all the evidence pointing to a conviction. The Assistant DA, the girlfriend of the doubting Thomas detective not wanting anything to get in the way of securing that conviction, a conviction that will turn her and the arresting detectives into superstars, and his confusion and turmoil as he is assailed with information from Tanith Cabarrus that he just can't bring himself to believe is true.

It turns into a bit of a rollercoaster and a race, with Garrett putting his life and career on the line. His partner in a coma and three more lives at stake, can he put his prejudices aside and can he stave of the suspension long enough to get the job done..........

Mike B.
5.0 out of 5 stars Original, Chilling Crime Thriller with a Twist of Fantasy
Reviewed in the United Kingdom on 6 August 2019
Verified Purchase
Well-written, believable (!) tale with some chilling twists. Thoroughly enjoyed it and recommend without reservation for fans of the genre and those looking for something new.
Read more
Report abuse

PhoenixTiger
5.0 out of 5 stars Great Style with a Touch of the Occult
Reviewed in the United Kingdom on 25 June 2014
Verified Purchase
Great thriller, easy to read, with a dash of the occult! Really enjoyed the book with the two opposing viewpoints expressed in the book. made you feel part of the discussion - although I think I came down on the believer side! Well written, with a few twists and turns and just a dash of fantasy. Will definitely try another Alexandra Sokoloff book.
Read more
6 people found this helpful
Report abuse

sheila hoyle
5.0 out of 5 stars Fast moving storyline with strong characters.
Reviewed in the United Kingdom on 29 May 2017
Verified Purchase
A very intriguing storyline with good characters. If you are into things occult based this will be right up your street. I have just recently found this author and have enjoyed all the books I've read so far and looking forward to the next.
Read more
2 people found this helpful
Report abuse
See all reviews
Get FREE delivery with Amazon Prime
Prime members enjoy FREE Delivery and exclusive access to movies, TV shows, music, Kindle e-books, Twitch Prime, and more.
> Get Started
Back to top
Get to Know Us
Make Money with Us
Let Us Help You
And don't forget:
© 1996-2020, Amazon.com, Inc. or its affiliates