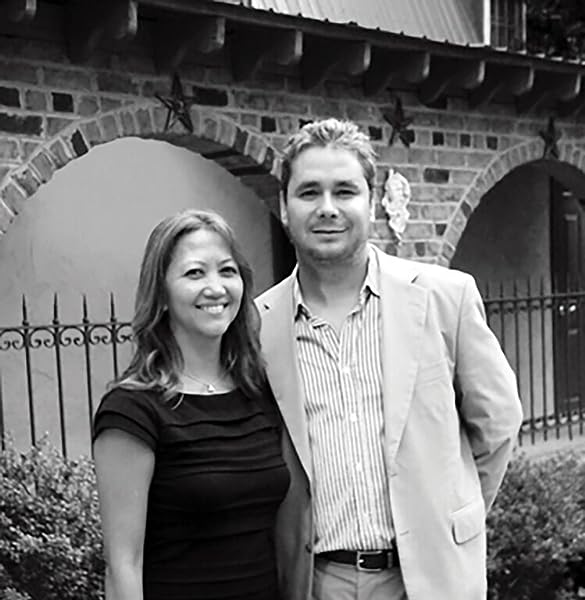 (With Black & White Maps. Other version has color maps.)Explore the Book of Jubilees like never before with Maps of Noah's Division of the Earth, the Ark Landing, Garden of Eden Location and the true division of the entire Earth. We can all finally understand Biblical geography rather than sketchy guessing based on etymologies of different unrelated languages. The true scientific measure. Discover whether Jubilee is scripture, inspired and canon not according to those never granted such authority to choose as Pharisees and the Catholic Church were never granted such authority to overrule the Aaronic Temple Levite Priests who lived and operated in Qumran. We will vet whether this group was truly what they say and they certainly were not Essenes which is outright fraud on the part of scholars of willing ignorance just as 2 Peter 3 warns. It is time for all of us to test this book and make such determination as the evidence has been right there all along. You can know the truth and may you find it. This work The Book of Jubilees: The Torah Calendar is based on the R.H. Charles translation with many edits to margin notes, maps and visuals, and much commentary copyrighted by Author, Timothy Schwab. Library of Congress Registration Number: TXu 2-223-156. The translation itself has not been edited but reformatted to a 2 column Bible-type format. This Large Print version will allow one to experience and test the Book of Jubilees with scripture and they offer the history as well to prove it's track for at least 2000 years. The question will remain how can this be ignored by the church today?
Read more
Previous page
Next page

Timothy Jay Schwab, with his Filipina wife Anna, is the author of the books The Search for King Solomon's Treasure: The Lost Isles of Gold and the Garden of Eden, Instruction Edition: The Search for King Solomon's Treasure, and Ophir Philippines Coffee Table Book, all supported by a 300-page SOURCEBOOK of very credible sources no one can disprove. They have founded the Ophir Institute in the Philippines to restore this knowledge. Also, Timothy and Anna are Curators for The Book of Jubilees: The Torah Calendar founding The Levite Bible which is a project working to restore Dead Sea Scrolls understanding. This is over 1,400 pages of content and they have produced over 250 YouTube teaching videos as well while conducting over 30 conferences since May 2019 with as many as over 5,500 in attendance. They are the founders of The God Culture Research Team working to restore especially biblical geography and history operating internationally but based in the Philippines.

Timothy Jay Schwab is an author, researcher, speaker, singer/songwriter, screenwriter, former minister, and successful publisher with about 30 years of experience in each discipline. Timothy Jay Schwab lives in the Philippines with his beautiful wife, Anna Zamoranos-Schwab, a Filipina who works with him. The couple met at church in Florida where they ministered together for two years before deciding to court leading to marriage. After extensive prayer and vetting by the large church in which they ministered, they were married in that church by those pastors following Biblical and civil laws. Do not entertain libelous fake news sites and channels on any topic when they are inept in understanding Matthew 5 and Matthew 19 actually affirming the Law of Moses' interpretation of reasons for divorce from Deuteronomy 24 of which this couple has been vetted and approved by appropriate, Biblical authorities including Jesus in His own words.  Anyone who cannot read the word "except" and understand it, is not one who should be listened to on any topic as they clearly have no desire to understand the Bible and when they change the words of Messiah and His meaning He explains, they are frauds. Steer clear.

In his extensive experience of almost 30 years in publishing and over 30 years in ministry, Timothy leads an international research team that focuses on restoring Biblical geography. Using a very profound scientific method, they have been able to articulate a strong position on the location of these famed isles of gold – Ophir, Sheba, and Tarshish. Over four years ago, their group began documenting their journey on YouTube, and over 10 million views later, the channel continues to grow. Together with his Filipina wife Anna and their team of researchers, The God Culture continues to provide content on YouTube in deep studies especially in Hebrew and restoring Biblical geography including the land of gold, the Garden of Eden, Rivers from Eden, Land of Adam and Eve – Havilah, Land of Creation, home of John the Baptist including restoring Qumran’s Biblical name, Lost Tribes of Israel migrations, mapping Noah’s division of the earth from the Book of Jubilees, Gog of Magog’s seat of power and allied nations, the peoples involved in the Psalm 83 War, location of Noah’s ark landing, unveiling Revelation 11 and 12, etc. and all with great revelation amending modern scholarship much of the time proving out each point along the way. As their first topic, Solomon’s Gold Series which found Ophir has not been disproven in over four years, this research group has been validated to offer valuable insight.

Note, one saying "nuh-uh" is not disproving. Somehow, some academics think that is all they have to do and TGC demands they act grown-up and examine the full evidence and conclusions and they must deal with this whether they like it or not. These books and videos challenge all traditional views on these locations as it unfolds the true geography in a very methodical way yet this is not a new find as the world once knew this. It is certainly not new doctrine but the original, Biblical positions restored. If your pastor or whoever does not know this, demand they prosecute this case because they will be unable to disprove it as well and they need to learn as we all do. Anyone who has arrived at a place where they have stopped learning fits Peter's definition of willing ignorance (2 Pet. 3). No title ever lends credibility, only pure, valid research and positions can. This is why TGC does not seek consensus among those who have conceded to ignorance and then, stand firmly on such a position they have never even proven themselves. Often, the scholars they follow prove quickly as shallow and inept on such topics. They know little of these topics most of the time and TGC proves that often. Why would anyone expect the very discipline which lost the entire Land of Gold and the Garden of Eden to somehow manifest it? That is laughable. Even funnier, how exactly could they then be given the authority to approve something they already proved negligent in conducting such authority? No thank you. No wonder the Philippines has struggled with its identity.

The God Culture knows this research for some odd reason invites attacks from those who deeply hate the Philippines and wish to keep it in the Dark Ages of Colonialism and even see it fail. That is sad of any country. They cannot stop this knowledge from spreading and the Philippines from awakening. However, test those and they many times quickly prove themselves as frauds as they will commit even illegal acts to peddle their propaganda and much of that is communist-tied to China wishing to become yet another Colonial head of the Philippines as evidenced by their outright illegal encroachment actions in the South China Sea. The God Culture has no interest in such thinking but desires to see the truth restored. They will continue to teach the Bible and history as researchers.

R. Cruz
5.0 out of 5 stars Good
Reviewed in Australia on 2 April 2022
Verified Purchase
Good. Sorry. Ur app insist of making a review instead of just rating it. Nothing further 2 say.
Read more
Helpful
Report abuse
See all reviews

Cindy E Garrison
5.0 out of 5 stars Excellent l!!
Reviewed in the United States on 18 March 2021
Verified Purchase
The print is excellent also following The God Culture videos on the Sabbath as they read and teach is truly an amazing experience. Knowing the most high Yahua God!
Read more
7 people found this helpful
Report abuse

Shoshana
5.0 out of 5 stars What an amazing trek through this beautiful book!!
Reviewed in the United States on 9 April 2022
Verified Purchase
This book is a more in depth book on Genesis. Those who put the Bible together, purposely left out the apocrypha books, so we wouldn’t know what was to come. Moshe wrote this about the true calendar from the heavenly tablets Moshe saw and he tells us what guides each day. TS did an amazing job explaining in depth what Jubilees really is saying to us. Get this asap! Plus The book of Enoch and Esdras! Beautifully explained scriptures. Such hope for believes in the called our assembly of YAHUAH. Thanks TS and God Culture!
Read more
Report abuse
See all reviews