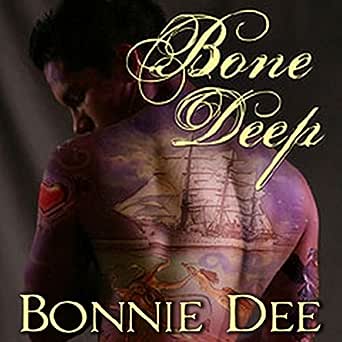 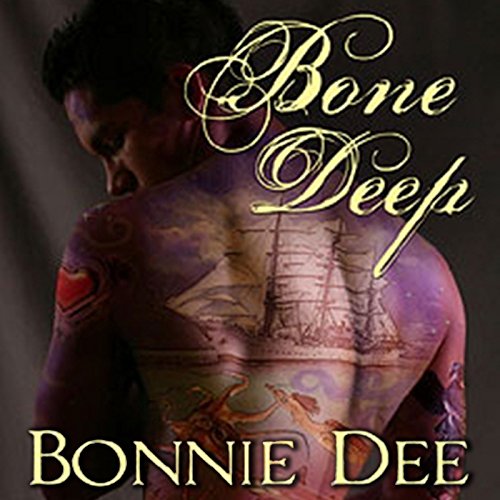 4.3 out of 5 stars
4.3 out of 5
99 global ratings
How are ratings calculated?
To calculate the overall star rating and percentage breakdown by star, we don’t use a simple average. Instead, our system considers things like how recent a review is and if the reviewer bought the item on Amazon. It also analyses reviews to verify trustworthiness.

crashqueen73
TOP 1000 REVIEWER
4.0 out of 5 stars Lovely Stories
Reviewed in Australia on 26 August 2014
I really quite like Bonnie Dee's writing - her writing is emotive and her characters are very likeable. I also like the length for a quick read!
Read more
Helpful
Comment Report abuse
See all reviews

Vikki
5.0 out of 5 stars Beauty Within
Reviewed in the United Kingdom on 15 August 2019
Verified Purchase
First book I've read by this author and I was pleasantly surprised. The storyline gripped me first as it was different and seemed really interesting and I wanted to read to find out how it would work out. The writing was extremely good and captivating. The characters and story held me from beginning to end and still linger even after I have finished which shows signs of an excellent book.
Read more
Report abuse

Shelley Ann
4.0 out of 5 stars Memorable and very worth your time!
Reviewed in the United Kingdom on 14 August 2012
Verified Purchase
As Soon as I read the synopsis for this book I wanted to read it. Nothing was going to stop me, not even my "I will not be swayed reading list" So I downloaded it and began almost instantly.

Set in the late 1940's. It begins with Sarah, a widow,who works her husbands family farm on her own, being dragged off to the Carnival with some friends.
In the canvas tent along with the obese, bearded, dwarfs and hermaphrodites, Sarah discovers the tattooed man. Covered head to toe in a tapestry of colours,and wearing nothing but a loin cloth.
Since seeing him, she is drawn to him in her dreams and in waking.

Tom, has been made a "freak" by the ruthless and immoral carnival owner. Since he was eight years old, Tom has been trapped, marked, and forced to endure physical and mental abuse.

Sarah discovers Tom the next day in her barn after the Carnival leaves. He is half starved, socially ignorant and smelly, lol!

The book covers the difficulties Tom's presence creates in a small religious community. Together they face the obstacles that will either destroy them or hold them.
Sarah is a wonderful selfless character and very easy to like. We have the villain in Mr Reed. And the broken and beautiful Tom who almost stole my heart.

Now I say he almost stole my heart because I feel like I wanted to know him more. I am greedy with my hero's, I need to feel their pain and torment, I want to know their thoughts. I need to know everything that happened to him, warts and all.
So for me, this is where the story fell short. Tom's issues and past torment at the hands of the Carnival owner, seemed to be a no go area that wasn't discussed between him and Sarah. She didn't want to upset him? Apart from a few throw away, yet disturbing comments from Tom,you only get the smallest idea at the extent of his abuse. He seemed fine and just accepted what was. I suppose that's cool. But like I said, I'm greedy for emotions and angst and I wanted to fix him, but I wasn't given the chance. I feel robbed.
I really would have liked an epilogue too!(see greedy)It needed an epilogue. I think that would have completed this story.

So for me 3.5 Star read! I liked it and almost really loved it!

vampy
5.0 out of 5 stars Bone deep by Bonnie Dee
Reviewed in the United Kingdom on 15 November 2013
Verified Purchase
I am an avid romance reader but rarely leave reviews. After reading Bone Deep by the wonderful Bonnie Dee i just had to recommend this beautiful story.Bonnie,s writing is excellent drawing you into the story instantly making you go through all the emotions of love, pity, shame, hope ,sadness,relief but thankfully a HEA.
Bonnie Dee is now on my auto-buy list along with Christine Feehan,Nalini Singh,J R Ward and Kristen Ashley. I cannot recommend this book highly enough. I loved it. Bone Deep
Read more
Report abuse

dawnv
5.0 out of 5 stars lovely story
Reviewed in the United Kingdom on 6 September 2012
Verified Purchase
what a find this book was i read the whole book in a day it was a gentle sweet loving romance that grabs you and draws you into it.Sarah and Toms story had me hooked from the start and i wanted to see what happened hence reading it in a day the other thing was as the other reviewer has said it should of had an epilogue to finish it off nice and neatly...but the end was ok.Sad to have finished it.A bargin for free and i would of aid for it too.
Read more
Report abuse

JUSTINE TAYLOR
5.0 out of 5 stars Great book
Reviewed in the United Kingdom on 6 August 2016
Verified Purchase
Really liked this book it had something very special about it. Loved that the hero had premonitions.
Read more
Report abuse
See all reviews
Get FREE delivery with Amazon Prime
Prime members enjoy FREE Delivery and exclusive access to movies, TV shows, music, Kindle e-books, Twitch Prime, and more.
> Get Started
Back to top
Get to Know Us
Make Money with Us
Let Us Help You
And don't forget:
© 1996-2020, Amazon.com, Inc. or its affiliates