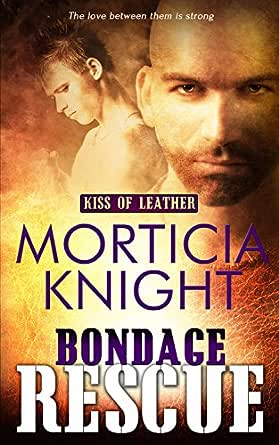 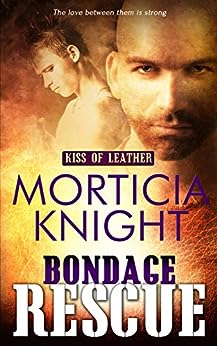 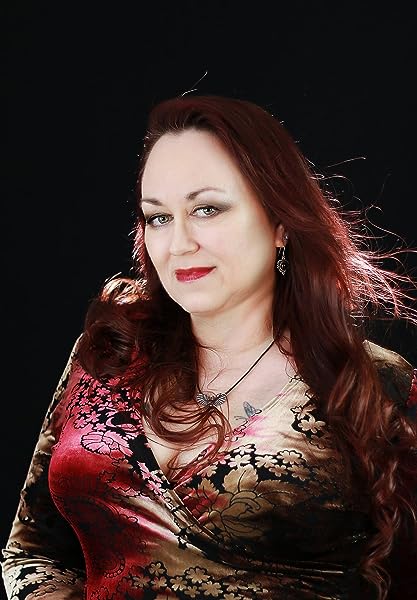 Veronica
TOP 500 REVIEWER
4.0 out of 5 stars Excellent
Reviewed in Australia on 10 March 2016
I received a free copy of this book to read and review for Wicked Reads.

Private investigator Stone is meeting with the Doms at Kiss of Leather when he meets Marshall who has just been bailed out of jail by Master Josh. Stone agrees to take Josh as his sub and help him get his life back on track.

Marshall feels completely worthless and it is easy for Stone to see why he is acting out. Master Stone is rock solid and always puts Marshall's interests first even though it means putting his own needs second. I loved the methods Stone uses to help build up Marshall's confidence and gain his trust. A relationship is built out of the bedroom before they move on.

HelenMK69
5.0 out of 5 stars Wonderful writer and great series
Reviewed in the United Kingdom on 29 April 2017
Verified Purchase
Love these books. Just wish they would write more as o have read all her published books and need more. The detail of the characters and the description of the pain etc is incredible and the imagination takes over. You become so involved with the characters that I gave to finish each book in a day otherwise I cannot sleep. Great writing and please keep publishing.
Read more
Report abuse

edo45
4.0 out of 5 stars Loved it
Reviewed in Germany on 22 July 2016
Verified Purchase
If you liked Collars & Cuff you'll like this series too. I really enjoy this series and pre-ordered already Book 4.
Read more
Report abuse

Michael Holland
4.0 out of 5 stars More D/s Pairings
Reviewed in the United States on 1 January 2020
Verified Purchase
As Derek and Corey settle into their D/s relationship, Derek and his business partners at Kiss of Leather remain determined to bring Corey's abuser to justice. To that end, their lawyer brings in a private investigator, Stone. Meanwhile, Kyle's old friend Marshall has resurfaced, somewhat the worse for wear. Marshall has always rebelled against being a full time submissive, yet a strong Dom to take him in hand is precisely what he needs. Stone has not been a Dom for many years, for good reason, but Marshall is just the kind of challenging submissive he used to enjoy.

Book series built around a BDSM club seems to a very common thing these days. In most cases, the individual volumes of a series follow the course of a relationship between two men who meet through the club, and so more or less stand on their own. You're generally not missing much if you skip some books of the series. That is proving to not be the case with this series. Both the second and third books of Kiss of Leather have started with chapters that update and move along the story lines of the prior book. In addition, in this third installment we renew acquaintances with Marshall, who had a pivotal if not very big role in the very first book, Building Bonds.

The Marshall we met at the start of the series is cocky and seemingly self assured. He's the one who keeps trying to convince Kyle to try being a sub, and ultimately introduces Kyle to his Dom Gavin. But Marshall doesn't think he needs a full time Dom and is happy just playing submissive to get his rocks off. When he resurfaces, he's in trouble and has nowhere else to turn. The Doms at Kiss of Leather agree to help him out, but only if he agrees to learn what it really means to submit.

Stone and Marshall display a very interesting dynamic. Stone has the patience of a saint, which he needs to be able to peel back the layers of Marshall's defenses to reveal the insecurities that have been driving his self destructive behavior. This story continues a theme set in the previous book that sex isn't the solution to everything (shocking, I know). This was understandable when dealing with Corey, who had been sexually abused. In Marshall's case, he is used to using sex to get what he wanted, and perhaps more importantly, to validate his self worth.

Although he's a little too good to be true, Stone is still a believable character, as is Marshall. Their interactions throughout the book are always interesting. If the story has one failing, it's that it introduces more potential plot lines than can be addressed within the relatively short confines of the book. Marshall's drug and legal problems are what motivates him to reconnect with his old friends, but they're not really fully addressed in the course of the story.
Read more
One person found this helpful
Report abuse

Dixiecowgirl060
5.0 out of 5 stars Love me some Stone and Marshall!!
Reviewed in the United States on 10 April 2016
Verified Purchase
Bondage Rescue is my favorite of the Kiss of Leather series so far. This is a series that really should be read in sequence. This story takes us back to Marshall, who we met in book1, Building Bonds. From our first view of Marshall we feel that he is unhappy and running from himself and now in this book we see him at rock bottom. His confusion and rebellion resonated with me as being so authentic for so many of us humans. He tried to create an image of himself that would make him be loved and it was all empty and hollow. Such a beautiful confused young man.

Stone has a very interesting backstory and i was immediately intrigued with him. He currently works as a PI, and he knows the lifestyle very well. He use to be a Dom until he was falsely accused of the death of a sub years ago and he removed himself from the life, to survive and create a new life. What he realizes is that he is not complete without being a Dom and when the opportunity to help Marshall occurs he offers his help.
So we have the meeting of a strong and caring man, that understands loss and wants to help this beautiful, confused and rebellious young man at rock bottom. Stone is a man coming back into his own, finding balance in his life again.

Marshall needs Stones' patience and care. Stone is strong yet so gentle and caring. Stone sets very clear guidelines for Marshall and i loved how Stone helps Marshall develop a sense of self worth before they become intimate. Their story is a long slow build that was great!

The story line from Safe Limits continues and Corey is still in danger. We get to see more of Gaven and Kyle with Derek and Corey as part of the story for Marshall. A great read with well crafted characters and plenty of action.
Read more
One person found this helpful
Report abuse

JDenise
3.0 out of 5 stars Reluctant Sub Meets Reluctant Dom!
Reviewed in the United States on 23 October 2018
Verified Purchase
Bratty trash talker and ex-Dom describe Marshall & Stone. This romantic story was interesting enough but I didn’t buy love between the MCs. The ‘I love you’ came on too soon with not enough interaction to be believeable. This was an okay read.
What do like is how these stories pickup from the end of the last book read in the series. I’m still hooked to read more of this series.
Read more
Report abuse
See all reviews
Back to top
Get to Know Us
Make Money with Us
Let Us Help You
And don't forget:
© 1996-2021, Amazon.com, Inc. or its affiliates