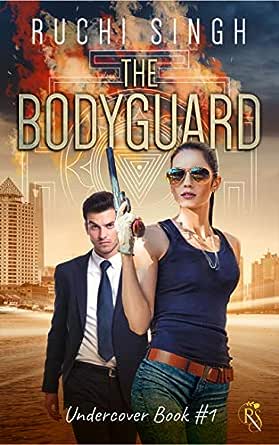 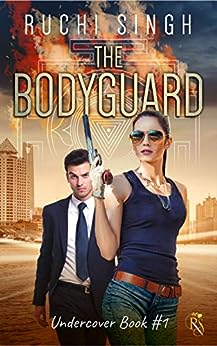 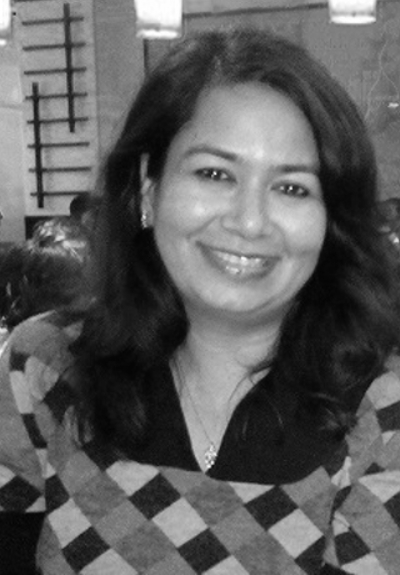 4.1 out of 5 stars
4.1 out of 5
19 global customer ratings
How does Amazon calculate star ratings?
Amazon calculates a product’s star ratings using a machine learned model instead of a raw data average. The machine learned model takes into account factors including: the age of a review, helpfulness votes by customers and whether the reviews are from verified purchases.

Geeta Nair
4.0 out of 5 stars Once you pick it up, you may not want to keep it down till you read the last word
Reviewed in India on 3 September 2018
Verified Purchase
A tale of suspense with a twinge of romance, ‘The Bodyguard’ is an example of fine writing, one that has the ability to not only keep the reader hooked but also get involved in trying to sort a mystery, an identity. Cleverly crafted, this is one book you may want to read again after a few days.

Fast paced, the book makes you fall in love with the character of the bodyguard Major Esha Singh a woman of grit and determination who though a lonely soul herself tries to resist the charm of her boss a tenacious flirt.

Written in simple, lucid and crisp language, the story does throw up some surprises in the form of unusual twists. However isn’t that what good thrillers are all about, catching their reader unaware?

Overall a truly enjoyable read with the power to keep you on the edge of your seat, ‘The Bodyguard’ does justice to both the plot and the characters.

Since I had read ‘Jugnu’, author Ruchi’s debut novel, which was an out and out romantic story with a little bit of suspense. I was expecting The Bodyguard to be on similar lines. But I was really astonished.

The Bodyguard is one masterpiece which one must definitely read. It’s a fast-paced, flawless storyline, well-etched characters, full-fledged action and suspense with romance and a little dose of comedy makes this book an awesome read. Impressive storytelling skill by the author, lovely book cover design, well-developed characters, error-free writing, all these make The Bodyguard a good read.

The Bodyguard is definitely a must read by all.
Read more
2 people found this helpful
Helpful
Sending feedback...
Thank you for your feedback.
Sorry, we failed to record your vote. Please try again
Report abuse

Preeti's Panorama
4.0 out of 5 stars Tantalise your thriller instincts with fast-paced, intriguing storyline and lots of suspense.
Reviewed in India on 27 September 2018
Verified Purchase
I went into the book with an open mind as after reading the blurb I had a strong inkling of how the story will progress. Although the storyline was quite predictable the treatment of the story was not. Read in my review further…

Gripping Suspense:
I liked how the story started. It was gripping and full of thrill. The actions the characters get involved in, immediately after the story starts, made the reader within me curious. The anticipation all around in the first page motivated me to flip pages further. Ruchi has kept this feeling of suspense intact until the end, which keeps the story running on the edge.

Pace:
There was a steady momentum throughout. The twists and turns in the story were appropriate and adjusted brilliantly within the flow of the story. There was never a feeling of over-the-top actions. Ruchi kept a tight rein on the pace of the story which didn’t allow the feeling of disconnect seep into me as a reader.

Focus:
I was really impressed by the writing skills of Ruchi as she didn’t lose the focal point of the story at all. There were no loose ends. She didn’t pile up the story with innumerable characters. There were no background stories of each and every side character we came across in the book. It was welcoming for me as I could focus on the story rather getting entangled with every character in there. Moreover, the narration of the story from different point of views gave a wholesome idea of the plot

Characters:
This was the highlight of the whole story, as far as I am concerned. The characters development, for me, is ‘Bang-On’. Ruchi Singh has done an impeccable job while sketching the characters. They felt very realistic to me.
The character of business tycoon Vikram is of a practical man who takes things as they come. His calm demeanour in spite of the danger lurking around him; he playing different roles in his life and enjoying life as it is- is quite believable. People do have such lives where there are a lot of things happening around them but in spite of that they keep living on; behave normally; celebrate life. Don’t they?
Esha is a smart and sensible lady who is in total control of her head and heart. I love her character the most not because she was an ex-major and is tough as a nut but because she has the capability to rein in her emotions. When the sparks fly between Vikram and Esha, she keeps her head on her shoulders rather than giving in without assessing the situation. She thinks over and over before coming to a conclusion of where Vikram and her relationship stands. Till then, though her heart flutters with the attraction, she keeps control over her not to show any emotions. I liked that kind of strength in Esha.
(I have read books having female protagonists who are pretty badass but when it comes to romance they become all girly and giggly irrespective of the age and that is something which I cannot digest)

Although I was a bit disappointed with the climax of ‘The Bodyguard’ as it felt a tad abrupt to me, I cannot deny the joyful ride I had while reading it. A must read, I must say
Read more
Helpful
Sending feedback...
Thank you for your feedback.
Sorry, we failed to record your vote. Please try again
Report abuse

Nilima Mohite
5.0 out of 5 stars Perfect Bodyguard
Reviewed in India on 12 November 2018
Verified Purchase
One of the latest book by Ruchi Singh: The Bodyguard. I loved the cover. The On-alert lithe Woman Bodyguard and a brash, I-dont-care attitude multimillionaire. The blurb will make you start solving the mystery from various angels.

Pulsating, adrenaline rush and constant mystery. Not a single dull moment in this 250+ page novel. A long novel I have read after ages I feel.

The pace of the story is fast and consistent. You cant put down the book easily.

The language is simple and good. The research gone into security protocols, army life, detective skills, cult following, psyche of a madman seeking revenge, life of multi millionaires, family name etc was thorough. I learnt a few things, I can say from all this.

The characters are so well fleshed out. One moment you are irritated with Vikram's smoking habit then you adore Nikhil for the name Xena and hitting on Esha, feel disgusted while reading about Jindal or Koel or Negi and then you try to imagine Sara's life.

The description of places, situation, people is very well worded. I was constantly mentally on guard like Esha while reading. Always waiting for something to happen that will unravel this mystery further.
Read full review on my blog.
Read more
Helpful
Sending feedback...
Thank you for your feedback.
Sorry, we failed to record your vote. Please try again
Report abuse

Tulika Singh
3.0 out of 5 stars A fast-paced one time read
Reviewed in India on 23 November 2018
Verified Purchase
I was eager to pick this one up as I had read Jugnu, by the same author and loved it. The premise was deliciously different and the cover was enticing. What’s not to like with a brave strong heroine and a rich handsome hero in a sort of role-reversal? That’s what caught my interest. I thought this would make for a wonderful romantic read. And I wasn’t disappointed. That there was a mystery element thrown in made it even better.

Major Esha Sinha, an ex-army officer is hired as an undercover agent for Vikramaditya Seth Jr. Things take a serious turn when repeated attempts are made on his life. Esha struggles to ignore their mutual attraction in order to focus on the killer who is out to get Vikram.

I started out thinking it was a romantic novel, however few pages down the line I realised it was more of a suspense thriller and, to me, that was a plus. The characters come to life early on. I loved Major Esha – strong, silent, somewhat brooding with a bit of a mysterious past – the classic Mills and Boon hero. Flirtatious, egoistic, workaholic Vikram was a delight too. There were a host of other supporting characters, all etched out with care. The writing was fast paced and there never was a dull moment. The story moved ahead with every page as new bits of information were revealed. I loved that we got glimpses of the assassin’s life, a little peek into his head, just enough to spike ones interest and keep one guessing.

On the flip side, the suspense could have been tighter. There were a number of suspects, which was good, but they were rejected without really convincing reasons. Also, although I loved Major Esha’s character, she slips in her line of duty – her charge gets hit (twice) in her presence by the same person and she fails to protect him. That didn’t quite fit in with her character as the super-efficient bodyguard that I wanted her to be. The end seemed rather hurried with Esha figuring things out pretty fast. Also, there were a few lose ends that needed to be tied up but were left dangling. Oh and there were editing errors, more than a few. Avoiding those could have added quality to the book.

Helpful
Sending feedback...
Thank you for your feedback.
Sorry, we failed to record your vote. Please try again
Report abuse
See all reviews
Get FREE delivery with Amazon Prime
Prime members enjoy FREE Delivery and exclusive access to movies, TV shows, music, Kindle e-books, Twitch Prime, and more.
> Get Started
Back to top
Get to Know Us
Make Money with Us
Let Us Help You
And don't forget:
© 1996-2020, Amazon.com, Inc. or its affiliates