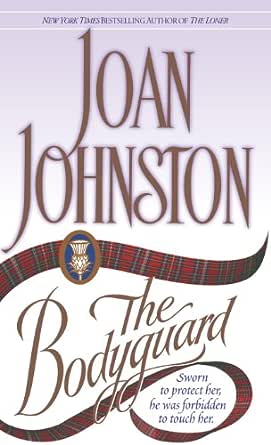 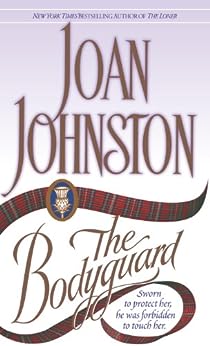 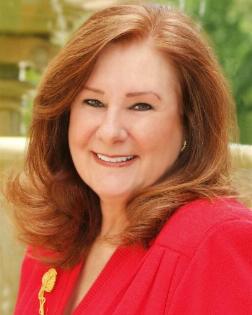 "Touching, humorous and wonderfully romantic."--Elaine Coffman "Like Lavyrle Spencer, Ms. Johnston writes of intense emotions and tender passions that seem so real that readers will feel each one of them."--Rave Reviews "Johnston warms your heart and tickles your fancy."--Daily News, New York --This text refers to the mass_market edition.

Sworn to protect her, he was forbidden to touch her....
Joan Johnston is a masterful creator of unforgettable characters and stories that make you feel as if you're falling in love again. Now she sweeps you back to Regency-era Scotland, where a determined young woman challenges a man's world--even as she embraces the outsider who protects her life and steals her heart....
When the tall, rugged stranger stepped out of the shadows and rescued her from a fate worse than death, Katherine MacKinnon knew she had found her bodyguard. With his steely arms and reckless courage, he would shield her from her clansmen, who refused to accept her as laird, and from the hated Duke of Blackthorne, who controlled her family's lands. As her desire grew for the mysterious man who was constantly by her side, she had no idea that she was falling in love with the enemy himself.... --This text refers to the mass_market edition.

Joan Johnston is the New York Times and USA Today bestselling author of more than sixty historical and contemporary romance novels. She received a master of arts degree in theater from the University of Illinois and graduated with honors from the University of Texas School of Law at Austin. She is currently a full-time writer living in Colorado. --This text refers to the mass_market edition.
Read more

corinne
5.0 out of 5 stars Five Stars
Reviewed in the United Kingdom on 26 February 2017
Verified Purchase
Thanks
Read more
Report abuse

Jane
2.0 out of 5 stars Average story telling. Predictable. Nothing special. I wasn't drawn in. A number of his and her actions weren't believable.
Reviewed in the United States on 23 May 2010
Verified Purchase
STORY BRIEF:
Kitt's ancestors owned Castle MacKinnon. The English won the land 50 years earlier and the castle is now owned by the English Duke of Blackthorne. The current Scottish tenants are close to starvation due to the high rents charged by the Duke. Kitt is an only child. Her father makes Kitt promise to marry the Duke of Blackthorne or to get pregnant by him as a way to get the land back into Scottish hands. He then announces that Kitt is to be laird/lady of the clan upon his death. After he dies, the men of the clan want her to marry one of them. She says she needs time to decide, but she keeps secret her plan for the Duke. Meanwhile she is attacked and almost raped by one of the men which would force her to marry him. She decides she needs a bodyguard.

The Duke is traveling by boat to Scotland. Three men were hired to kill him. They beat him, take his clothes, tie his hands and feet, and throw him overboard. He survives and ends up on the beach but has amnesia. He doesn't know who he is or where he came from. He meets a young boy who suggests he speak with a Scottish accent, since the English are hated here. He ends up at Kitt's cottage where he saves her from a rape attack. She asks him to be her bodyguard. He agrees.

REVIEWER'S OPINION - CAUTION SPOILERS:
This was too much like so many other historical romances. I needed something to be special or different. The conflicts didn't work for me. She thinks he is Scottish and tells him she plans to get pregnant by the Duke. After she learns he's the Duke, she starts having sex with him but doesn't tell him who he really is. She's in love with him, but she lies to him. Later he learns who he is, but doesn't let her know he knows. They continue a sexual relationship for a while until he admits to her who he is. Then he shows anger and leaves. Why didn't he show anger before? Then a year goes by, and all of a sudden he forgives her, and they will be together. I'm sorry, but it just didn't work for me.

Martha Hart
5.0 out of 5 stars Friends close -Enemies closer
Reviewed in the United States on 1 May 2016
Verified Purchase
Pay attention. Amnesia,Scotish lore, two-faced enemies, greed...shall I go on? In the meantime, Katherine and Alex fall in love. Can their storied past hold them apart? Joan Johnston masters historical romance
Read more
Report abuse

Joyce
5.0 out of 5 stars Wickedly Captivating
Reviewed in the United States on 31 December 2013
Verified Purchase
Joan Johnson thinks outside the box. You never know what to expect. She shows how different countries interact to situations. The characters are fiesty, passionate, emotional and very entertaining. It was a book I didn't want to put down. I, also, learned that a novel connects the brain which develops it. This one had to do wonders. Enjoy!
Read more
Report abuse

Keelie
5.0 out of 5 stars Five Stars
Reviewed in the United States on 7 June 2018
Verified Purchase
Love her books
Read more
Report abuse
See all reviews
Get FREE delivery with Amazon Prime
Prime members enjoy FREE Delivery and exclusive access to movies, TV shows, music, Kindle e-books, Twitch Prime, and more.
> Get Started
Back to top
Get to Know Us
Make Money with Us
Let Us Help You
And don't forget:
© 1996-2020, Amazon.com, Inc. or its affiliates