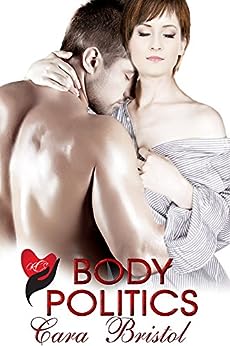 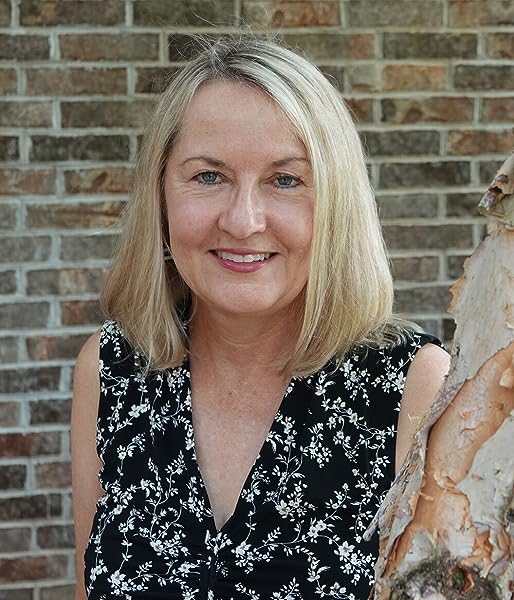 Anne Sherriff
4.0 out of 5 stars Feminism meets domestic discipiline
Reviewed in the United Kingdom on 1 August 2013
Verified Purchase
An enjoyable read. I liked the attention to the emotional as well as the physical aspects of the relationship, although not wholly satisfactory that choosing this lifestyle effectively ends her career.
Read more
Report abuse

Kindle Customer
4.0 out of 5 stars Hot spanking romance !
Reviewed in Canada on 8 August 2020
Verified Purchase
Another sexy romance from this author. This story is about Stephanie, a woman who founded and runs a woman's organization, who meets Mark, a man who belongs to the Rod and Cane Society. Sparks fly, and he introduces her to domestic discipline. Can this relationship work?
Read more
Report abuse

Cat H.
5.0 out of 5 stars The best of the series
Reviewed in the United States on 4 May 2018
Verified Purchase
If only Mark were real...and he had an older brother...and he lived down here on the border... 《sigh...》

Realistic, relatable characters living in current times, and facing current issues make this such a good story -- one I can see myself re-reading again and again. The H is strong, smart, and definitely alpha. The h is equally strong and smart, and submissive only to him, which is how I've seen many successful D/s relationships work in real life. Stephanie and Mark like, respect, desire, need, support, and depend on each other. She allows him to lead because it keeps both of them satisfied. Ms. Bristol's writing is clear, with just the right amounts of humor, drama, sex, and emotion to keep the pages turning non-stop. I have not read the series in order, but that is fine because each book is complete and free-standing. There are characters who appear from story to story, however the author always provides sufficient background so readers are never confused or left hanging.

While these stories are indeed fiction, this writer provides realistic portrayals of the commitment and honest effort required to make D/s and DD relationships work. This makes her writing totally unlike that of so many lesser writers who mash together tales of beatings and bullying, then label their male protagonists as bad boys, as if that makes the abuse justifiable.

Altogether, I think Body Politics is a well-written, memorable, and entertaining story that deserves all 5 stars.

Erin
5.0 out of 5 stars discipline spanking
Reviewed in the United States on 15 April 2017
Verified Purchase
This is a spanking story, but a little different.
Mark and Stephanie are having a blind date and she is a feminist and he is the deputy sheriff and he needs it to discipline his lady when she needs it. Stephanie isn't into that at all. But when she gives it a try she feels better in her body.

They grow towards each other and they are opening up more and more.
The spanking is only used for discipline, but the side effect is hot and of course they act on that too.

I felt so sorry for Stephanie for what happened with her job. I wanted to kick the others for doing this to her.
Great story and I sure wouldn't mind to read more in this series.
You can read this book as a standalone I did that too.
Read more
Report abuse

Renee Rose
5.0 out of 5 stars Cara Bristol is a Top Notch Author!
Reviewed in the United States on 4 March 2013
Verified Purchase
It was with great anticipation and curiosity that I read Body Politics. How would Cara treat the topic of feminism and domestic discipline-- one I have wrestled with in my own life?

For the most part, she nails it- the attraction to submission for Stephanie is sexual, not political. Cara does poke a little fun at feminism. Stephanie's hero is Gloria Steinham and so instead of thinking things like "Oh God," or even "Oh Goddess," as many of my friends phrase it, Stephanie thinks "Oh Gloria." It's hilarious, and also slightly offensive to me, because I don't want Stephanie's feminism to be over the top, where it can be laughed at. Feminism isn't funny. Nor are the things that feminism seeks to correct: Inequality isn't funny. Lack of rights isn't funny. Domestic and sexual abuse aren't even remotely amusing.

Then again, Cara treats the Rod and Cane Society with humor as much as she does the feminists. The organization is over the top creepy, so much so that it becomes downright silly, which is good, because otherwise, it's downright offensive.

So how does feminism reconcile with domestic discipline? Cara does a good job of keeping it in the sexual arena. Does Mark think Stephanie deserves to be spanked? Yes, but he's also quite clear that he desires to spank her. It turns him on to be a leader, just as it turns her on to relinquish control. Without that piece, it would offend me, even with consent. Because we ARE talking politics here - and this book will necessarily bring to question - what are the politics of domestic discipline? Are they about a man being better equipped to make decisions and therefore inflict punishment? Are they about a relationship in which one person must choose to be with the other knowing that other person spanks? So consent is given, but it's reluctant-- the choice is abuse or losing the person you love? I am saddened by this scenario and I know it exists in fiction and real life.

Honestly, my teeth get set on edge when it's the spanker who brings the DD to the relationship and the spankee doesn't like it but goes along with it anyway. And of course, it all turns me on at the same time. Because non-con is hot. That first spanking scene in Body Politics, where she doesn't think she likes it, is thinking he's a misogynist pig, but still submits is HOT. I got off. (TMI?) Cara showed that the characters got off too. Even as Stephanie's mind rebelled, her body said yummy.

In Body Politics, Stephanie thinks: "She shouldn't have have wanted a man who claimed entitlement to spank her because she was female and he was male." Since we are talking politics here, I'll state my view that there is no entitlement accorded men to spank women and even though I LOVE submission, spanking and being dominated, I don't think I could submit to someone who actually believed they had a right to spank or make decisions. It's gotta be a choice that works for both parties because they each prefer their role - and embracing the base sexual attraction of wanting a particular role is what makes it empowering, regardless of whether it's the dominant or the submissive position. I don't believe power is out of balance in a DD relationship, or perhaps I should say, it shouldn't be. It's the twist of the yin and yang symbol - a giving and receiving that swirls the power, but the balance should remain equal.

There's one other political issue that's touched on in Body Politics where our intelligent, educated feminist Stephanie fondly imagines that Mark will spank their children. WHAT??! Sorry, I can't go there, either. 'nuff said.

I also wish that Mark had more of a character arc-- the journey is all Stephanie's in this book.

Cara Bristol is a top notch writer. I teared up at Stephanie's challenges, got wet at her turn-ons, and enjoyed every minute of the ride. This book is not to be missed. Well done, Cara!
Read more
Report abuse
See all reviews
Back to top
Get to Know Us
Make Money with Us
Let Us Help You
And don't forget:
© 1996-2021, Amazon.com, Inc. or its affiliates