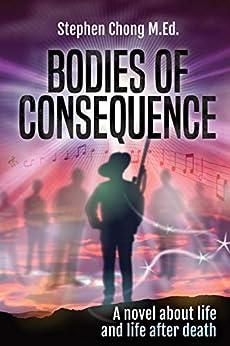 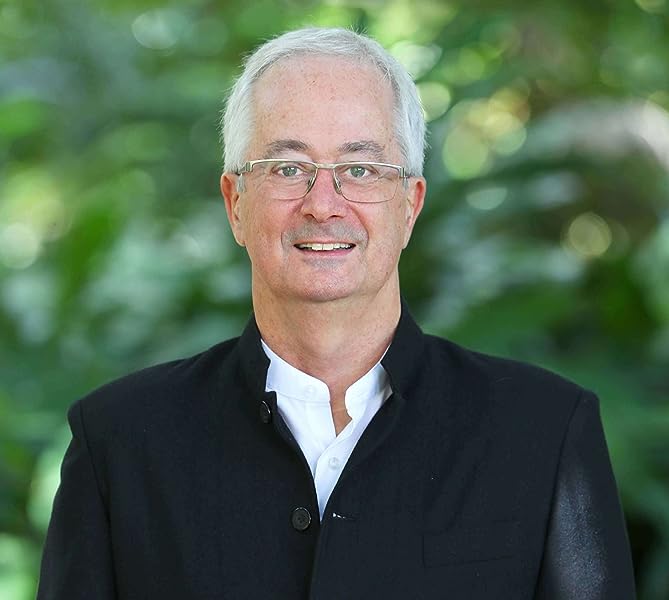 by Stephen Chong (Author) Format: Kindle Edition
See all formats and editions
Sorry, there was a problem loading this page. Try again.

Bodies of Consequence unfolds humankinds greatest mystery ... 'What happens to us after we die?'

This is the story about a grandfather and his beloved grandson, Michael. After his death, veteran WWII ex-sniper Matthew J. Cooper's ascension to heaven evolves through the consequences of his life's actions and the guidance of his grandson, who follows in his military footsteps.

Bodies of Consequence takes you on a journey that describes a life-after-death experience like no other. It explores the lives of 'everyday' people and the consequences of life in the hereafter through the beautifully interwoven paths of three generations of family.

"Bring up the bodies. Bring up the bodies," is the clarion call as the veil of light parts to reveal the awaiting heavenly host. His casualties are waiting for him. They are his 'Bodies of Consequence'. He has to face them.... Most of all, Matthew Cooper, the ex-sniper in heaven, has to save his grandson Michael from the 'Bodies of Consequence' in his own life ... so that's what he does.

"This is a wonderful story, littered with reality and connections to the divine (the hereafter) and our Spirit. It is a thought-provoking work as to why we do what we do. Why we make the decisions we make. Why we spend sometimes little time on the consequences of what we said or did or simply believe."

"Rarely, so rarely a book appears that at once captivates, engrosses and enthrals whilst evoking the empathetic emotions that can ordinarily only be experienced whilst watching a movie. This book engages the senses by drawing graphic pictures of Life and the Afterlife, weaving a masterful story of humanity."

"A riveting portrayal of life in the hereafter as a consequence of life and the choices we make. Bodies of Consequence is a once in a lifetime book not to be missed."

Dr E. M. Martin, Author of Journey Beyond the Self

Stephen Chong M.Ed. is a highly sought-after speaker and author. Stephen's many books have provided guidance and motivation to countless readers through his inspirational messages and ability to bring the best out in people. Stephen is a gifted 'story-teller' and his wise observations of modern life will give you insight on how to realise your highest potential through a rich and fulfilling life --This text refers to the paperback edition.

Stephen Chong M.Ed. is an author, speaker and screenwriter who draws his inspiration from life. Themes of life that relate to us all – love, grief, struggle, overcoming obstacles. Culminating in his five inspirational novels, five feature-film screenplays and multiple short-stories, he has converted these ‘life themes’ into stories that relate to us all. Stories that resonate in the soul. Stories that identify us as unique and wonderful human beings. Stephen’s wise observations of modern work and personal life will give insight how to realise your highest potential through a rich and fulfilling life.

Camilla
5.0 out of 5 stars I loved this book
Reviewed in Australia on 19 March 2019
I loved this book it interweaves a grandfathers experiences in the afterlife with those of his grandson in the present. A wonderful portrayal of the interconnectedness of life and death. Thought provoking and evocative
Read more
One person found this helpful
Helpful
Report abuse

Urmulla
5.0 out of 5 stars Could not put it down
Reviewed in Australia on 5 March 2019
This book is a powerful rendition of life in the hereafter. It made me aware of the consequences of our actions - far beyond anything I had previously considered. On top of that, it is a gripping story. I could not put it down.
Read more
One person found this helpful
Helpful
Report abuse

Sue Boyd
5.0 out of 5 stars Great read.
Reviewed in Australia on 16 March 2019
Once started, this book is hard to put down. It is very different to Stephen's other books and I am pleased that he has started to write fiction - hopefully there will be more to come in the near future.
Read more
One person found this helpful
Helpful
Report abuse
See all reviews
Report an issue
Does this item contain inappropriate content?
Report
Do you believe that this item violates a copyright?
Report
Does this item contain quality or formatting issues?
Report