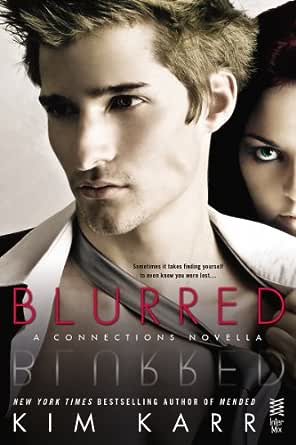 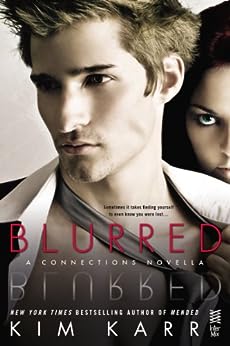 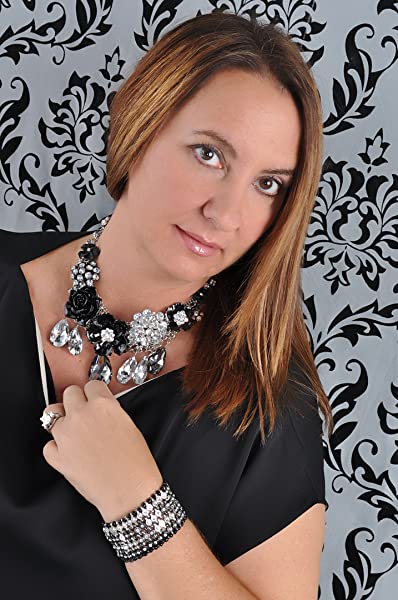 Sandy S.
4.0 out of 5 stars 3.75 stars-introduction to Ben's story
Reviewed in Australia on 14 August 2014
3.75 stars-- BLURRED is the latest novella in Kim Karr’s contemporary, new adult Connections series. This is Ben Covington’s story-more of a build up to the present-with flashbacks and memories. Blurred also runs parallel to some of the timeline in Mended (Connections #3).

Told from first person POV (Ben) BLURRED follows Ben in the days, weeks, months and years from the time he met Dahlia, through his time spent in New York, and to the present where he will (once again) meet the woman with whom he had a one night affair back in college.

Kim Karr takes the reader on a journey where one man will hit rock bottom-falling fast and hard-following his return to California where the life he once loved has all but been destroyed. As a journalist Ben was caught up in a story that affected every part of his life and to keep the people he loved safe from harm, Ben did the unthinkable. Upon his return he was unprepared for the fallout and the changes that accompanied his return. From New York to California to Australia and back, we are pulled into the mayhem and destruction that has become part of Ben’s every day life. And like a fine line that has been ‘blurred’ Ben actions, whether intentional or not, have not gone unnoticed.

BLURRED is the introduction to Ben Covington’s story. From a respected and award winning to journalist to finding himself in a position to ask for help, Ben is a man whose difficult and sometimes poorly made choices have hurt those that he loves. From his mother and sister, best friend and fiancé, Ben’s actions have affected every life that he has touched or entered.

Kim Karr is an amazing author whose Connections series is growing like the branches of a tree. Everyone we meet will be ‘connected’ in some way-some good, some bad-but all will find a place and a happily ever after in the stories and novellas of the Connections series.
Read more
Helpful
Report abuse
See all reviews

Cundykj
4.0 out of 5 stars Can I forgive Ben?
Reviewed in the United Kingdom on 5 October 2014
Verified Purchase
I loved the other 3 books in this series, but this one didn't grab me as much.

May be it is because I am prejudiced against Ben because of his actions in Torn and Connected. He didn't do anything to redeem himself in my eyes in this book either. Ahem the BJ with the bride to be, no, no, no. Clearly he thinks with his dick and has no morals.

I feel his pain over the loss of his mum and of Dahlia but looking back at what he did, he never deserved her anyway. Cheating scum bag.

Not greatly engaged with the character or story bur Kim Karr's writing still fab. I don't know how to do a half star, if I could it would be 3.5 stars not 4 but in maths I was always told if the decimal is 5 or over to round it up to the next whole number.
Read more
One person found this helpful
Report abuse

C
4.0 out of 5 stars redemption
Reviewed in the United Kingdom on 10 August 2014
Verified Purchase
Ben is kind of like marmite, you either love or hate him. In the first couple of books, I felt Ben was a bit of a selfish and immature character, I was proven wrong. Kim karr manages to add so many layers and depth to Ben despite it just being a novella. I feel he is very misunderstood and I felt his loneliness and vulnerability was so palpable, I felt I finally saw the true Ben, the good guy that dahlia had originally fallen in love with. Can't wait to read bell n bens love story, I think he deserves all the happiness. Go Ben!
Read more
Report abuse

Kindle Customer
4.0 out of 5 stars It'll be alright
Reviewed in the United Kingdom on 15 August 2014
Verified Purchase
Never wanted to feel sorry for Ben at all or forgive him his decisions, but Kim has achieved what I told myself I would not feel?........................Compassion and understanding. Ben has a long way to go and I have already pre ordered 'Frayed' so I look forward to taking the full ride with Ben and S'Belle.
Read more
Report abuse

30lala
4.0 out of 5 stars Four Stars
Reviewed in the United Kingdom on 2 September 2015
Verified Purchase
I enjoyed having Ben's POV.
Read more
Report abuse
See all reviews
Back to top
Get to Know Us
Make Money with Us
Let Us Help You
And don't forget:
© 1996-2021, Amazon.com, Inc. or its affiliates