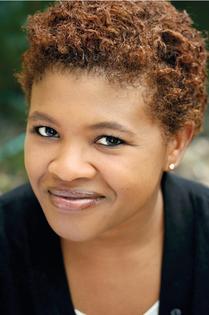 Page 1 of 1 Start overPage 1 of 1
Previous page
Next page
Start reading Bluebird, Bluebird (Highway 59 by Attica Locke Book 1) on your Kindle in under a minute.

Mesmerising ... original ... exhilarating ... Locke is building a compelling body of work. In this age of enduring and renewed racial tensions, we need her voice more than ever -- Esi Edugyan ― Guardian

Wonderful ... a superb thriller ... Locke's message of injustice is the more convincing for being conveyed with restraint -- Marcel Berlins ― Times

Bluebird, Bluebird is absorbing and Locke's writing is beautiful ... The best crime novel of the year so far. -- Paul Connolly ― Metro

What is most satisfying about this crime novel is its use of the crime as a device with which to explore something much larger and universal ... Locke's writing is both sharp-edged and lyrical. This is thoughtful, piercing storytelling with the power to transport. -- Diana Evans ― FT

Cracking ... The prose is beautifully rhythmic ... Locke uses her insider knowledge of the area to really get under the skin of her characters, in the process revealing the real beating heart of rural Texan life. It's uncomfortable stuff at times, but it's brilliantly executed. ― Big Issue Published On: 2017-09-21

Attica Locke is a screenwriter who has written for Paramount, Warner Bros, Twentieth Century Fox, HBO and Dreamworks; she currently contributes to the hit show Empire. Locke's first novel Black Water Rising was shortlisted for the Orange Prize, nominated for an Edgar Award, an NAACP Image Award and a Los Angeles Times Book Prize. Her most recent book, Pleasantville, was published in 2015. A native of Houston, Texas, Attica lives in Los Angeles, with her husband and daughter.

4.3 out of 5 stars
4.3 out of 5
966 global ratings
How are ratings calculated?
To calculate the overall star rating and percentage breakdown by star, we don’t use a simple average. Instead, our system considers things like how recent a review is and if the reviewer bought the item on Amazon. It also analyses reviews to verify trustworthiness.

Snapdragon
TOP 10 REVIEWER
5.0 out of 5 stars Really good
Reviewed in Australia on 1 February 2018
Verified Purchase
Many good things have been said about the work of Attica Locke, and based on this book, they’re well-deserved. As a non-American, it’s fascinating to get an insight into the world of race relations in Texas. Lead character Darren Mathews is that rare thing, a black Texas Ranger. One of an esteemed breed of law enforcers whose power supersedes that of sheriffs. The novel begins with him being under a cloud, his badge suspended as he gives evidence to a grand jury. He’s asked to go to the small town of Lark, where two people have been killed: a posh black lawyer from Chicago and a poor white woman. Suffice to say, feeling in the town is that a white killed the black and a black killed the white in retaliation, but of course it turns out to be much more complicated than that. The intersecting lives of both whites and blacks and their often unacknowledged liaisons are clearly delineated in a heart-breaking way. It’s a clear call for justice, understanding and compassion. Darren finally tracks the truth of what happened, and it involves loves and hates that stretch back in time. But at the end, he is stymied by something his loser mother finds, which has him questioning his moral compass. A rich and rewarding book.
Read more
One person found this helpful
Helpful
Report abuse

Amazon Customer
5.0 out of 5 stars Great read
Reviewed in Australia on 3 October 2017
This was a gripping read. I enjoyed the setting, interesting characters and twists that kept me guessing.
Read more
Helpful
Report abuse

Alexander Bryce
3.0 out of 5 stars Perhaps it's me
Reviewed in the United Kingdom on 15 May 2018
Verified Purchase
Perhaps it's me for, in the face of other very positive reviews, I did not enjoy it. I found the writing clumsy and at times difficult to follow. I read at least a book per week and don't usually have this problem.
It does portray an aspect of my favourite state in raw no holds barred terms. Racism according to Ms. Locke still abounds as does good ole boy justice. The characters are almost believable, but the story is over complicated with a predictable ending.
I did like that the " hero" was no saint, but a rather flawed character.
I dislike being negative about any book as with this one in particular a powerful amount of research and hard work has gone into it.
Read more
8 people found this helpful
Report abuse

K Knights
5.0 out of 5 stars Tense and gripping. Read twice.
Reviewed in the United Kingdom on 21 October 2017
Verified Purchase
The third novel I have read by this author and in my opinion her best yet. Not just a gripping thriller but underpinned by an acute awareness of issues both current and past in America. Characterisation is strong, although the flawed protagonist could be regarded as a touch cliched and with such a vivid sense of place one can almost smell the air. The oppressive atmosphere and tension ratchets to the explosive penultimate scene. And then comes the end. And what an end. Enigmatic does not do this justice. I put the book down after reading for half the night and was quite unable to sleep as I went over different episodes, seeing how they worked together to make such a gripping read. Take my word. Read this book
Read more
10 people found this helpful
Report abuse

Dirty Books
5.0 out of 5 stars Uncomfortable secrets
Reviewed in the United Kingdom on 2 January 2019
Verified Purchase
At the outset of Bluebird, Bluebird, Darren Mathews – a committed Texas Ranger with marital troubles and alcohol dependency issues – is suspended from active duty pending the conclusion of an investigation into his involvement in a violent altercation between a long-time family friend and a local racist thug. However, when a pair of bodies – a black lawyer from Chicago and a local white woman – are dragged out of the bayou in an East Texas town called Lark, Mathews puts the job he loves in jeopardy and travels up Highway 59 to investigate. In doing so, the town’s racial fault-lines are blown wide open, and all manner of uncomfortable secrets come tumbling out.
The publishing process is a long and arduous one, and I’m sure this book was completed long before Donald Trump oozed into the White House and cranked up his bile-flecked carnival barker theatrics. Nevertheless, the antagonists here feel like Trump supporters to a man – from self-satisfied local landowner Wally Jefferson, to the meth-fuelled Aryan Brotherhood members who drink in the nearby bar he owns – and the ugly racial tensions give the book a frighteningly contemporary feel.
The swaggering-but-damaged Mathews is a great conduit for the righteous anger that Locke’s book runs on: an imperfect man with perfect values, kicking over rocks in a town where he clearly isn’t welcome. Combining the personal and the political is a tough feat, and Locke makes it look easy.
The central mystery that drives the narrative of Bluebird, Bluebird is a puzzle wrapped in contradictions and contrivances, and in a lesser writer’s hands this could have diminished the story’s appeal. Locke’s easy storytelling style and rich, evocative prose means that this is never an issue, and the story is unpredictable and spiked with tension.
Locke’s excellent 2009 debut Black Water Rising was a memorable, impressive book, and Bluebird, Bluebird is every bit as good. I look forward to the sequel – and the in-development TV series that is reportedly on the cards.
Read more
3 people found this helpful
Report abuse

garrisonhalibut
3.0 out of 5 stars Ok second time around
Reviewed in the United Kingdom on 11 February 2019
Verified Purchase
I gave up on this at 50% first time around; but other members of the book club said it was ok so I went back and restarted and finished it this time.

I was definitely too harsh in my judgment first time- and it is well written but there is far too much internalising - especially about The Texas Rangers - and this slows the plot. In addition I can’t say the reading about this part of Texas is far from uplifting.

I was not impressed with the ending which sets up a sequel, which I won’t be reading.
Read more
3 people found this helpful
Report abuse

markb
4.0 out of 5 stars Does justice have a colour?
Reviewed in the United Kingdom on 24 March 2018
Verified Purchase
Darren Matthews is one of the few black men in the Texas Rangers. He has sworn to uphold the law but when we are introduced to him in this book he's been suspended from the force as he may have compromised his position by intervening to support a friend accused of murdering a white extremist. However, his suspension is pushed to one side, as circumstances lead him into the middle of investigating two murders in the back roads of East Texas. One victim is black, the other white - but are the murders related? Is there any link with the local beer joint where the regulars are white supremacists?

This is Attica Locke's fourth novel set in the deep south. She offers us a compelling story, featuring a broad cast of characters - from the psychopathic to the hopeless and downtrodden. We learn Darren is an all too fragile lawman as he struggles to keep a grip on the investigation in the face of bigotry and hostile local law enforcement. In a place where characters on both sides of the racial divide are blinded and warped by generations of prejudice, ideals of justice and truth can be elusive.

This is a very well written atmospheric book. The quality of the descriptive writing conjures up the dust, heat and swampy decay of an isolated small town in rural Texas. The plot immerses the reader in a tangled untidy pattern of intrigue. Issues of belonging, identity and race are always just below the surface. Locke avoids simplistic neat resolutions in a thought provoking, informative, and, perhaps, rather unsettling story.
Read more
One person found this helpful
Report abuse
See all reviews
Back to top
Get to Know Us
Make Money with Us
Let Us Help You
And don't forget:
© 1996-2021, Amazon.com, Inc. or its affiliates