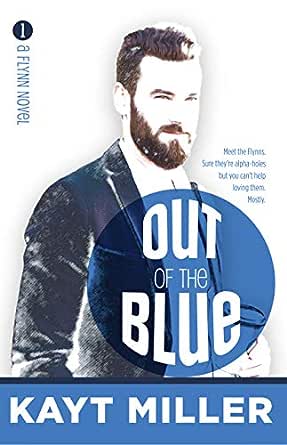 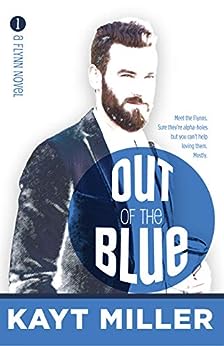 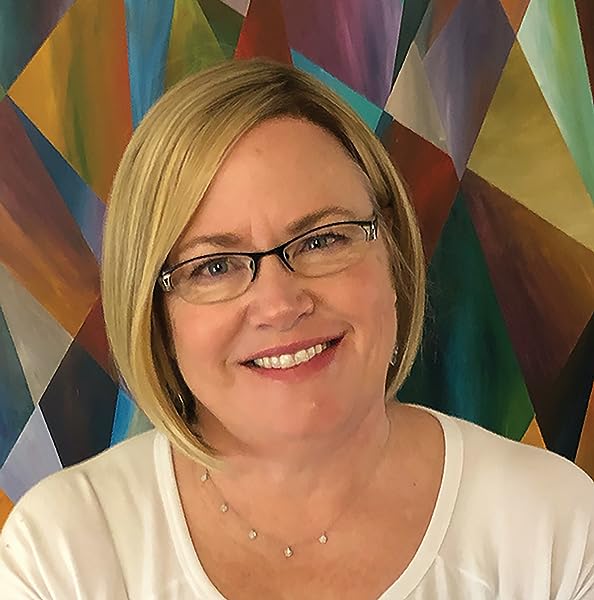 Out of the Blue: The Flynns Book 1 Kindle Edition

Sophie Kincaid faces age thirty knowing she'll never have her own happily-ever-after. But, when she meets Henry Flynn, she finds herself dreaming of the tall, broad, and hot-as-sin Henry Flynn.

Henry "Hank" Flynn is a foul-mouthed detective who knows all there is to know about solving crimes. He has no interest in finding a woman unless it's for one night in his bed. That is until he’s drawn to a little beauty named Sophie.

When Sophie's tenant is murdered, Henry finds himself on the case with a need to solve one murder and prevent another. Keeping Sophie safe and in his arms is his number one priority even when she doesn't think she needs saving. Sophie doesn't believe a man like Henry Flynn would want her; Henry believes fate has brought them together. Fingers crossed fate wins because who doesn't love a happy ending?

This book is the first in the series called The Flynns. It is a stand-alone with an HEA but it helps to read the others because the Flynns are something else. Sure, they're Alph-holes, but you can't help loving them. Mostly.

This book is intended for a mature audience--ages 18+. It is a stand-alone with a sexy hero and an HEA. If you are offended by coarse language, you may want to skip this because Henry Flynn has a dirty mouth.

DirtyBookBabe
1.0 out of 5 stars Henry did nothing but infuriate me...
Reviewed in the United States on 28 January 2019
Verified Purchase
I have become a Kayt Miller reader, but I didn't like this book at all really. The only saving grace was Henry's mother & siblings.
There wasn't any redeeming qualities in Henry-like at all really. He was a jerk, he treated Sophie like crap until he wanted to screw. Then, he flipped immediately on her following. He heard her berated NUMEROUS times and half*** came to her defense once, I think.
As for Sophie...I really wanted to like her but just couldn't. I could not respect a woman who took such bs from EVERYONE in the world but her one friend? Wth?
There was just too much berating and bullying for my liking.
There are lots of jerk-to-hero books that work but this is NOT one of them.
There also seemed to be scenes missing or moved and not placed right? It was weird and confusing in several parts.
If this is your first book by this author I am telling you don't give up on her because she has other reads that are awesome. I'm just going to pretend this one doesn't exist.

Lourin
3.0 out of 5 stars Out of the Blue
Reviewed in the United States on 9 February 2020
Verified Purchase
This book would typically go against every rule I have when it comes to reading.
Hank is a dou***. No other way around it. He makes it a point to constantly mention he's not looking for a relationship, he sleeps with another woman after he's basically dry humps the heroine, he does point out to anyone that will listen that Sophie is not his type because she's a bigger girl, and he's just flat out rude to the heroine.
Sophie is a bit of a doormat when it comes to Hank. She allows him constantly back in his life even after she tells him she wants nothing to do with him. She's not a "stick to your guns" kind of woman, obviously. She allows her boss and co-workers to bully her, but it's okay because she knows she fat. She's also a bit oblivious to how much a person is willing to risk when they feel they've been slighted. Not once after everything that happens to her does she believe her ex-coworker could be responsible, even after being threatened by her and having her other coworker point out that she'll do whatever she feels necessary to get back at her.

Now, when Hank finally pulls his head out of his rear end and realizes that Sophie is so much more than he could ask for, does he grovel?
Eh, not enough in my opinion. When she overhears him calling what they have an "experiment" he tells Sophie he just doesn't want everyone to know his personal business... I'm sorry, but to my ears and eyes I'm thinking he doesn't want anyone to publicly know he's dating a bigger chick because he'll get ribbed for it. But that's just me!
Lastly, what's the deal with bringing in the ex? It adds nothing to the story except for 2 minutes to show how big of a witch David's wife is.

Gail M
5.0 out of 5 stars Multi-layered engrossing story
Reviewed in the United States on 25 June 2019
Verified Purchase
This was a great read- a perfect mix of love story, heat, mystery, angst and humor! The author has crafted a very layered story here that keeps you glued to every page until the last!! The characters are rich and believable! I really related to the heroine and over time became taken with the Hero! I appreciated that this story evolved and that the couple didn’t meet, fall in love and fall into bed all within the first chapter! I see that this is the first book in a series and I eagerly look forward to continuing the journey with the Flynns!
Read more
Helpful
Sending feedback...
Thank you for your feedback.
Sorry, we failed to record your vote. Please try again
Report abuse