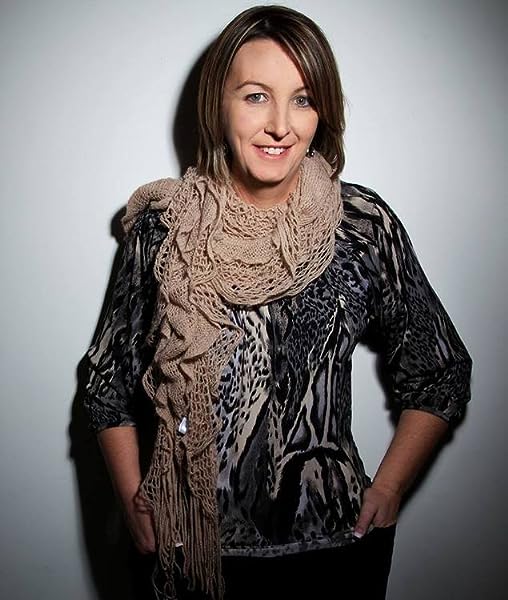 by Sarah Barrie (Author)
4.5 out of 5 stars 96 ratings
See all formats and editions
Sorry, there was a problem loading this page. Try again.

Start reading Bloodtree River (Calico Mountain Book 1) on your Kindle in under a minute.

4.5 out of 5 stars
4.5 out of 5
96 global ratings
How are ratings calculated?
To calculate the overall star rating and percentage breakdown by star, we don’t use a simple average. Instead, our system considers things like how recent a review is and if the reviewer bought the item on Amazon. It also analyses reviews to verify trustworthiness.

Gary Hart
TOP 500 REVIEWER
4.0 out of 5 stars A second enjoyable read from Sarah
Reviewed in Australia on 12 July 2020
Verified Purchase
I enjoyed Devil’s Lair last year - chosen by our parkrun book club,
And purchased this novel, but have been busy reading others. Started this one and some of the characters were familiar.

Sarah has created some great characters, developed relationships and and appealing, yet horrifying plot, with a great romance story thrown into the mix. I have just sat and read over 50% today because I could not stop.

Lily Malone
TOP 500 REVIEWER
4.0 out of 5 stars Good Cast of Characters
Reviewed in Australia on 9 April 2019
Verified Purchase
I really enjoyed the characters of Indy and Logan in this, and the support cast, and I thought it was very well written. The ending got just a touch too Hollywood for me - I could have handled one major climax with some other threads not necessarily all tied up.
Indy was a great character - strong and resourceful - and she felt very believable for me. I also liked Logan's alpha type out on the farm but with a heart that loved animals.
It's the first Sarah Barrie book I've read and won't be the last.
Read more
One person found this helpful
Helpful
Report abuse

Aussielee
TOP 500 REVIEWER
5.0 out of 5 stars Contemporary suspense with a hint of rural romance
Reviewed in Australia on 20 July 2019
Verified Purchase
Unlike the last contemporary romantic suspense I tried to read, this book was very enjoyable and, hopefully, a better example of the genre.

I must say I was a little worried at the start. The idea of Sydney police detective going undercover to catch a serial killer in Tasmania seemed far fetched, to say the least. The opening info dump about the case too, was weird. But then, somehow, about a third of the way into the book, everything seemed much more realistic and I became thoroughly hooked.

Indy, our heroine (the detective), goes to Tasmania where several women have disappeared and one’s body has washed up in a river near Calico Mountain Lodge, a farm/holiday retreat. Indy gains employment at the lodge where she meets Logan Atherton, the Tasmanian police’s prime suspect.

Here the story switches to almost rural romance, with Logan showing Indy the ropes with caring for horses and animals etc. I will admit I’m not a huge fan of Australian chooklit but Barrie adds just the right touch of rural into her romance and I remained enthralled. In fact, I love how Barrie never lets the romance get completely sappy and there’s always the sinister undercurrent of tension and doubt as to whether or not Logan is guilty of the kidnapping and murders throughout.

With the Tasmanian setting, Barrie not only got to add picturesque details but also my favourite thing when it comes to thriller books - isolation. She was also able to add a plethora of small town supporting characters, any of whom could be involved in the crime.

I must say that I had absolutely no idea who was involved in the women’s disappearances. Nor did I ever work out why the women were going missing. The resolution was believable enough and very original and I would have never guessed it in a million years.

I listened to the audio version and I must admit, at first, I was unsure if I would enjoy the narrator’s interpretation but, as I said, I really started to get into the book around the third mark, so perhaps I just needed to get used to her style.

My only complaint would be that the book was maybe too long. That is, Barrie continued for several chapters after the case was solved. I thought it seemed, at times, unnecessary and the ending almost dragged much more than it should have. This is only a minor gripe though.

I’ll definitely be picking up some of Barrie’s other books including Devil’s Lair which, I believe, again features Calico Lodge.

Kees2Review
5.0 out of 5 stars Horses, a Broody Hero and Wicked Bad Guys
Reviewed in Australia on 4 June 2018
Verified Purchase
Sarah Barrie explores the dark side of trafficking in this edge-of-the-seat thriller. A suspenseful read from start to finish, there are twists and turns and red herrings to keep the reader entertained. Undercover cop, Indy, not only gets to catch the bad guys, but also discovers an enjoyable, different kind of life at Calico Mountain. Love interest and prime suspect, Logan, is a deliciously broody hero. If you love horses, this one's for you.
Read more
Helpful
Report abuse

Jo-Ann
5.0 out of 5 stars Keeps you guessing
Reviewed in Australia on 2 May 2018
Verified Purchase
From the very start this story has you guessing. I kept changing my mind who the baddies were and even right til the end it still had me shocked. I laughed and cringed and wanted to go there for a holiday. Ha.
Sarah Barrie you are such a great writer, I cannot wait for the next one.
Read more
One person found this helpful
Helpful
Report abuse

Steph1909
5.0 out of 5 stars A Must Read
Reviewed in Australia on 9 September 2018
Verified Purchase
Best book I have read for a while ! I have read the Hunters Ridge series and loved them but this just kept me on the edge of my seat! Romance, suspense and an engaging story line. Please keep your books coming Sarah.
Read more
One person found this helpful
Helpful
Report abuse

Belinda
5.0 out of 5 stars Fantastic read
Reviewed in Australia on 27 June 2019
Verified Purchase
I loved this book, I wanted to just keep on reading to find out what & who
One part at the end I found a bit far fetched but other than that I would highly recommend this book
Read more
Helpful
Report abuse
See all reviews

Amazon K. Carlstedt
5.0 out of 5 stars Awesome book!
Reviewed in the United States on 7 September 2018
Verified Purchase
I thoroughly enjoyed reading this book! So many ups & downs throughout the story kept my interest and drew me in. Thank you for writing this story!
Read more
One person found this helpful
Report abuse
See all reviews
Back to top
Get to Know Us
Make Money with Us
Let Us Help You
And don't forget:
© 1996-2021, Amazon.com, Inc. or its affiliates