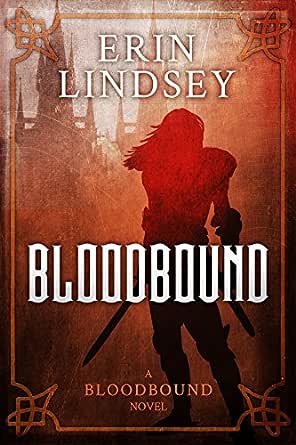 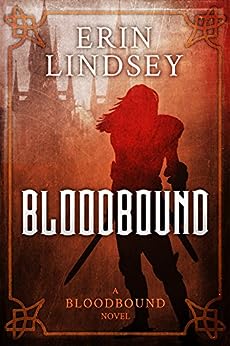 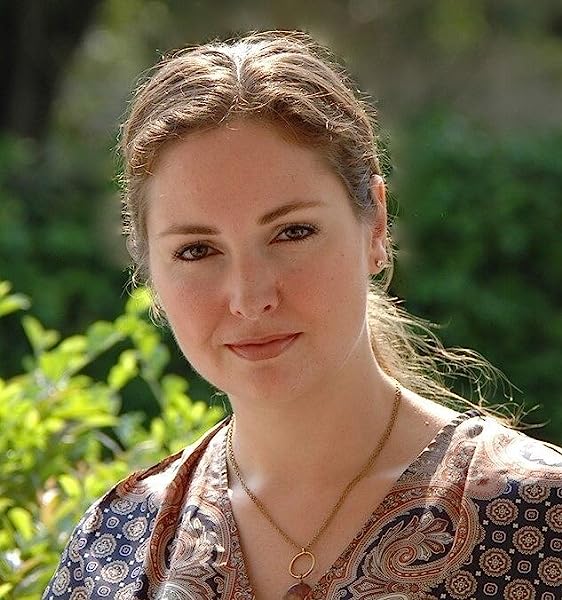 Praise for The Bloodbound "Lindsey puts the hero back into heroic fantasy with action and intrigue and flawed but likable characters who, in complex political/personal situations, make hard decisions and stand by them." --Tanya Huff "Strong romantic elements and a dash of humor enliven Erin Lindsey's fantasy debut set in a kingdom besieged by dark forces and torn apart by betrayal."--Jacqueline Carey "Sturdy characterizations and intriguing magic anchor this solid series launch...By the time the relevance of the novel's title to the bonds of family, as well as to battle and enchantment, becomes clear, Lindsey's mostly balanced mix of romance and heroic fantasy will have captured readers' hearts." --Publishers Weekly "Palace intrigue, military strategy, and plenty of sword-fighting keep the story line interesting and exciting." --Bitten by Books
--This text refers to an out of print or unavailable edition of this title.

Erin Lindsey is on a quest to write the perfect summer vacation novel, with just the right blend of action, heartbreak, and triumph. The Bloodbound series was her first effort. She lives in Brooklyn, NY with her husband a pair of half-domesticated cats.

Erin Lindsey is on a quest to write the perfect summer vacation novel, with just the right blend of action, heartbreak, and triumph. The Bloodbound is her first effort. She lives and works in Bujumbura, Burundi, with her husband a pair of half-domesticated cats. --This text refers to an out of print or unavailable edition of this title.

4.1 out of 5 stars
4.1 out of 5
29 global ratings
How are ratings calculated?
To calculate the overall star rating and percentage breakdown by star, we don’t use a simple average. Instead, our system considers things like how recent a review is and if the reviewer bought the item on Amazon. It also analyses reviews to verify trustworthiness.

J. Shurin
5.0 out of 5 stars Terrific start to an exciting series!
Reviewed in the United Kingdom on 2 February 2017
Verified Purchase
Alix Black, one of the scouts for the Kingdom of Alden, is watching a battle unfold. Her king is being overwhelmed by the invading forces of the Oridian empire, and, much to her horror, she can see that the King's brother is very much not executing his part of the plan. Treason is afoot, and both the King and the Kingdom are at risk.

In move that defines Alix - and to some degree, the entire series - Alix plunges recklessly into battle. There's only the slimmest chance of victory. Hell, there's only a fractional chance of survival, but Alix makes up her mind, trusts her gut and goes barrelling forward.

From its initial, breath-taking charge, Bloodbound never slows down. The book isn't wall to wall warfare, as the early pages might indicate, but Alix has a wonderful knack for getting into trouble. In her defense, that's apparently a family tradition, and, before long, we're introduced to her equally headstrong brother, who becomes a (scene-stealing) secondary character throughout.

After the initial battle, Alix is reappointed as a member of the King's bodyguard. Through her eyes the reader gets a front-row view of the political and military action, as King Erik tries to juggle an invading army, his own retreating army, and the betrayal of his brother (and his army). Add to that assassination attempts, espionage and a hint of black magic, Erik and Alix have their hands full.

To add one final ingredient into the mix - Alix is a member of one of Alden's noble banner houses. Although she's more or less 'slumming it' as a scout (she should be all armoured-and-horsed-up as a knight with the other nobility), she still has all the perks - and responsibilities - of one of the kingdom's elite. In the perks category: a magic sword and the ability to hob-nob with the Kingdom's ruling class. In the responsibilities? Try as she might, she's not 'one of' her comrades, and, somewhere on the horizon looms the inevitable arranged marriage. Alix is fairly understanding of the situation - that's just what happens with people of her rank, men and women alike - but it does cast a pall over her budding frisson with Liam, a fellow scout. Or, for that matter, King Erik.

On paper, here's what we've got: the heroic remnants of a noble army, an invading empire of oppressive evil, a love triangle involving three people and sixteen thousand crossed stars, an dark sorcerer, a magic sword and a fairly Chosen sort of heroine that's a multiclass noblewoman/spy/scout/strategist/swordswoman/everything.

That is to say, nothing new under the sun. And there's nothing wrong with these particular plot points and set-pieces. Skilfully combined, as they are here, it turns Bloodbound is one of the most enjoyable fantasies I've read in a long time; a book I cheerfully devoured in a single sitting.

The various cultures and kingdoms are brought to life through details like the above or the occasional conversational snippet. No appendix. No map. The way magic works is explained in a matter of sentences, not chapters. Even the names are almost ridiculously simple, take, for example, the banner houses of Green, Grey, Black, White and Gold. The plot is complex, the characters are deep - but the world itself is there to support, not distract. Just as Bloodbound hits the ground running with its opening battle, the decision to keep everything uninterrupted by exposition helps the pace immensely. Bloodbound isn't a dense doorstopper of an epic, it is fast, fun and - despite being the first in a series - self-contained.

This is an ideal gateway series for new fantasy readers, and something pleasantly fresh for existing fans.
Read more
Report abuse

Kindle Customer
1.0 out of 5 stars Not for me.
Reviewed in the United Kingdom on 29 September 2018
Verified Purchase
It was well written enough but I found the 'politics' laughable. I wish authors would spend more time reading about actual politics, historical politics, before adding them to their story's mix. It was so obvious where the book was going that I couldn't be bothered to finish it.
It surprised me that Lindsey's 'Bloodforged' was seen as a worthy contender against Kate Elliott's 'Black Wolves' in the RT Reviewers' Choice Awards. Imo Elliott is streets ahead of this writer.
Read more
Report abuse

Salman
3.0 out of 5 stars Enjoyable yarn
Reviewed in the United Kingdom on 17 November 2018
Verified Purchase
A good read that flowed well and was well written. I would have liked a bit more detail on the enemy warriors especially the priest and other leaders of the trion from their PoV. Liked Alix, Liam & co. Enjoyed it overall😀
Read more
Report abuse

Alex Whittle
5.0 out of 5 stars Battles for love
Reviewed in the United Kingdom on 3 January 2018
Verified Purchase
Good individual story yo keep you hooked not sure where they will end ! So worth reading to work the endings
Read more
Report abuse
See all reviews
Back to top
Get to Know Us
Make Money with Us
Let Us Help You
And don't forget:
© 1996-2021, Amazon.com, Inc. or its affiliates