Blood of the Wicked and over 1.5 million other books are available for Amazon Kindle . Learn more
Share <Embed> 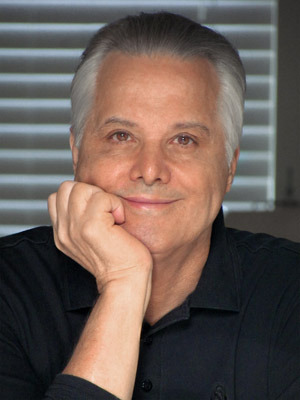 Page 1 of 1 Start overPage 1 of 1
This shopping feature will continue to load items when the Enter key is pressed. In order to navigate out of this carousel please use your heading shortcut key to navigate to the next or previous heading.
Back
Next
Start reading Blood of the Wicked on your Kindle in under a minute.

Praise for Blood of the Wicked A Brazilian Federal cop in a country where there is no FBI or Secret Service, Silva and his men must do it all. Leighton Gage's crime novels transport you to São Paulo, Manuas, and Brasilia.
--Yahoo! Travel, from 5 Must-Read Books that Define Brazil

Blood of the Wicked manages to pack a huge amount into a spare three hundred pages; power politics, petty violence, sexual scandal, saintly courage, staggering poverty and obscene wealth. A book that makes you care about its large cast of characters, even when you know that they are going to die--frequently horribly. This is a novel as rich and complex as Brazil itself, with villains who make you want to spit, and heroes whose goodness is heartbreaking.
--Rebecca Pawel, Edgar Award-winning author of Death of a Nationalist Gage creates a contemporary tapestry of Brazil . . . Gage's debut builds a compelling foundation for future Silva cases.
--Kirkus Reviews
Praise for Leighton Gage's Mario Silva series Top notch . . . controversial and entirely absorbing.
--The New York Times Book Review A dark, violent book with characters that seethe on the page . . . compelling writing. Readers will smell the steam and stench of the Amazon and recoil from the torture and depredation from which Gage averts his lens, barely in
time.
--Boston Globe

Leighton Gage is the author of five novels in the Mario Silva series: Blood of the Wicked, Buried Strangers, Dying Gasp, Every Bitter Thing, and A Vine in the Blood. He spends part of each year in Santana do Parnaiba, Brazil, and divides the rest of the year between Florida and the Netherlands. He is married with four daughters.

4.0 out of 5 stars
4 out of 5
47 global ratings
How are ratings calculated?
To calculate the overall star rating and percentage breakdown by star, we don’t use a simple average. Instead, our system considers things like how recent a review is and if the reviewer bought the item on Amazon. It also analyses reviews to verify trustworthiness.

Rob Kitchin
4.0 out of 5 stars excels in its evocation of place and social history
Reviewed in the United Kingdom on 14 May 2012
Verified Purchase
Blood of the Wicked is a crime novel meets social commentary, examining the nature of policing, justice, access to land and a livelihoods, street kids, liberation theology, and massive inequalities in wealth and power in Brazil. It would have been easy for Gage to drift into writing little more than a sermon on corruption and the injustices suffered by the peasant class in country, but he manages to keep the story of the investigation centre stage, with the social commentary drifting out through its telling. And it is a powerful tale, well told. The plotting is, for the most part, excellent, though I did feel the plot line with the journalist was closed off when it could have profitably been kept open and the deaths of several people with powerful connections would have meant the city being flooded with dozens of federal cops, not just Silva and two colleagues. But these are minor gripes. The characterization is strong across a range of characters, not just the principles, and Silva is a detective worth spending time with. Where the book excels is in its evocation of place and its social history and commentary. If you like your fiction to inform and educate as well entertain, then Blood of the Wicked is well worth a read.
Read more
Report abuse

nixlyn
4.0 out of 5 stars Exciting but maybe a bit too bloodthirsty!
Reviewed in the United Kingdom on 6 April 2012
Verified Purchase
I really enjoyed this book. The descriptive text and the characterisations were excellent!
The book had a good momentum throughout. I felt like I was learning something about the country and its politics although I did know a little something prior to this book. My only real gripe was the amount of people casually being murdered. Especially the women! Some of the descriptions of these gory scenes could have been left out for my taste. The quality of the writing here did not need every aspect of the grisly scenes recounting although it was well done. However the plot and story line was very good and although I was expecting some high powered mafia style conspiracy the real conclusion was much more effective.
I will certainly be returning to this writers work!

Elaine Tomasso
5.0 out of 5 stars Amazing
Reviewed in the United Kingdom on 12 August 2013
Verified Purchase
This is a violent book. It starts with the murder of a bishop and a local landowner and goes on from there. The violence, however, is not gratuitous but indicative of a certain greedy mindset whereby people will do anything to keep their source of income protected and a legacy of of violence left over from the dictatorship days. This is not just a crime novel but a tremendous exposé of modern Brazil - the corruption, social injustice, poverty and those trying to change it. Leighton Gage weaves it all seamlessly into a gripping crime novel - there is no polemic just a decent policeman working within a flawed framework. Just read it - it's awesome.
Read more
Report abuse

Miran Ali
3.0 out of 5 stars Disappointing
Reviewed in the United Kingdom on 22 September 2008
Verified Purchase
It is very rare indeed when I feel the Amazon peer review system has guided me to a book I don't enjoy as much as the other reviewers. This unfortunately is one of them.
First off, it isn't a mystery. You'll know who the villain is just a few pages in. Second, the background of Silva, the federal policemen investigating the crimes, was overly melodramatic and contrived. Indeed the whole book is melodramatic and predictable. The only surprise is the continued brutality, which admittedly may be a part of Brazilian land disputes, but here only helps in tallying up the number of innocent victims. The overall tone is preachy and in only a couple of instances admits that the solutions to Brazil's land problems lie in some sort of compromise. The rest of the book is full of brave landless peasants fighting against evil landowners and corrupt cops. I don't want to ascribe any politics to Leighton Gage, since I don't know much about him, but if the next book also has an overtly social reformist tone it'll be a disappointment as well.

I'm done
5.0 out of 5 stars Good read
Reviewed in the United States on 8 October 2017
Verified Purchase
I started reading this book as a class project assignment for an advance reading college class. And after ive finished the class, i stopped reading it. Now I'm in Puerto Rico without electricity, because of category 5 hurricanr Maria and thanks to having this book on kindle ive got something to read during this hard times. The story is easy to follow and you stsrt making your own judgment calls on what should be done to some characters. I strongly recommend it.
Read more
One person found this helpful
Report abuse
See all reviews
Get FREE delivery with Amazon Prime
Prime members enjoy FREE Delivery and exclusive access to movies, TV shows, music, Kindle e-books, Twitch Prime, and more.
> Get Started
Back to top
Get to Know Us
Make Money with Us
Let Us Help You
And don't forget:
© 1996-2020, Amazon.com, Inc. or its affiliates