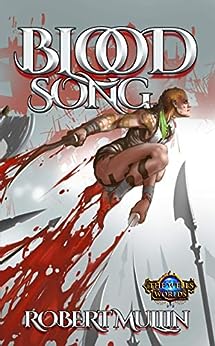 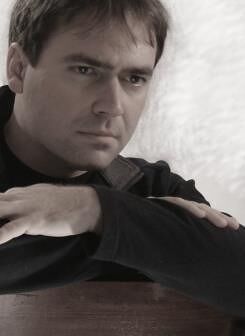 Blood Song (The Wells of the Worlds) Kindle Edition

Robert Mullin is a cryptozoologist who has traveled to Africa three times in search of a living dinosaur. He was featured on an episode of the History Channel's television show, Monster Quest. He is also the creator of The Star Wars Expanded Universe Chronology, one of the premier fan timelines. --This text refers to an alternate kindle_edition edition.

Nissa Annakindt
4.0 out of 5 stars From cutpurse to slave to gladiatrix
Reviewed in the United States on 25 July 2016
Verified Purchase
This is the story of Dania, a girl cutpurse, who was captured, taken to a distant planet, and sold into slavery. Being a slave was not in her skill set, so she attempted escape until no one would buy her until Farel came along, who was actually attracted to Dania's hostile tendencies, and with good reason. He was a trainer of gladiators, male and female, and thought Dania could be trained into someone he could use.
Dania begins her training with the gladiatrix Kathke, who shows her combat skills and much more. As Dania grows, her skills grow, and soon she is able to fight wild animals in the arena, only later graduating to human opponents.
But when an evil gladiator kills someone Dania cares about without need, she can think only of revenge--- something Farel really doesn't want her to have.

I used to read a great many woman-warrior books, mostly fantasy and mostly by woman authors who used to write for DAW books. Blood Song is not only a strong competitor with these books when it comes to writing quality, but I was not for a moment made conscious of the fact that the author is a man. It's very rare to find a male writer who can write female characters so skillfully.

In addition, Blood Song is an even more compelling read that Mullin's previous book, 'Bid the Gods Arise.' I shall certainly be on the lookout for future books by this author.

J.M.
5.0 out of 5 stars Dania's Tale
Reviewed in the United States on 5 March 2016
Verified Purchase
Blood Song is Dania's story. In Bid The Gods Arise, she is known as the Blood Goddess, the infamous gladiator. She is bitter, callous, and deadly. But how did she become like this?

Dania is a strong-willed, feisty young pick-pocket seeking do her part among her caravan family, the Songsingers, but then she is kidnapped and sold into slavery. She is determined to free herself whatever it takes and go home. Rejected by her first couple of owners, Dania finds herself in the hands of Farel with a promise of earning her way free one day by fighting for him in the arena.

Mullin does a great job conveying the child-like innocence of Dania and her transition into adulthood. With each obstacle she faces, we see her react, learn, and harden from it. We understand how she becomes the Blood Goddess in Bid The Gods Arise. And if you've read BTGA, you know there is hope at the end of the tunnel!

The title is perfect, but I'm not sure if sharing why would be a spoiler. So you'll just have to trust me or read it for yourself! The cover gives it an impression of being very gory, but I did not find that to be the case within. It is about a gladiator, but I think Mullin handles it very well. You know things happen, but you don't see it. Perhaps a PG-13 rating?

If you haven't read Bid The Gods Arise, then I'm not sure how someone would respond to Blood Song. On the surface, it seems depressing, but for those of us who have read BTGA, it will endear Dania to us even more and when you read the last sentence you will smile, because you KNOW what will happen next.
Read more
3 people found this helpful
Report abuse

Tiger Hebert
5.0 out of 5 stars Blood Song sings...
Reviewed in the United States on 5 March 2016
Verified Purchase
Blood song is an excellent tale, that isn't afraid to take you to some dark places.

For those that aren't aware of the background here, Blood Song came out of the popularity of one of the main characters in the epic fantasy novel Bid the Gods Arise. Like many others, I couldn't help but be drawn to Dania when I first read Bid the Gods Arise. The ruthless gladiatrix known as Dania is a very strong character that just resonated with so many people, for many, many different reasons. So naturally, the author saw an opportunity to explore her past, and with this opportunity Mr. Mullin delivers.

While Blood Song is indeed a prequel to Bid the Gods Arise, I think it is worth pointing out to potential readers, that Dania is only a piece of the vast world that the author has created. While Dania is a dynamic and fascinating woman, there is much more to Bid the Gods Arise than just her. Just wait until you encounter the Reamar. ;)
Read more
One person found this helpful
Report abuse

Paul Lee
4.0 out of 5 stars Swift SFF Novella Sings of Lived Injustice
Reviewed in the United States on 4 April 2016
Verified Purchase
A traditional sword-slashing hero-based type of fantasy story, Blood Song infuses a sympathetically rendered dose of contemporary grimdark to depict a serious characterization. The escalation of physical violence builds with the developing plot leading to the blood-drenched climax. This is no Golden Age pulp overlaying a sassy romantic romp on top of glorified depictions of warfare or of noble death. This is modern fiction in the sense that it strips away the euphemistic and nostalgic sentiments that cover the realities of injustice and corruption. However, the novella is no more fixed on socially contentious shock or on navel-gazing depictions of trauma than it is on the glory-song of bloody guts.

There are songs in the book, arguably many of them, although we would not describe them as such. Our heroine comes from a vagrant culture that refers to ritual tattoos as "songs." Dania's songs are not the praises of minstrels boasting poetically of her ability to inflict death. Instead, her songs are the records carved into her flesh, the testimony of abuse and suffering.

The song-tattoos are the single best worldbuilding element of this nominal science fantasy. The concept expresses cultural depth and feels just unsettling enough to be intriguing. Unfortunately, nothing else about the world of the novella is very interesting from the strength of concept. Or worlds, because this is a space fantasy---but like in the previously published novel for which Blood Song is a partial prequel, the plot dashes past the incongruities behind an advanced spacefaring civilization making due with the technological sophistication of the Classical era. That is, they make due without advanced technology except for the brief moments when they need an apparently nondescript and irrelevant piece of technology in order to advance the plot. Here, Blood Song suffers both more and less than Bid the Gods Arise. More, because it is even more fast-paced and lacks the previous book's occasionally vivid environment scenes. Less, because the novella has no burden of founding a multi-book epic and never sets the expectation of exploring an entire cosmology.

That being said, the sense of setting is strong in a different respect. Unmistakably, this is meant to be the essence of the Roman Empire in all its civilized brutality. There is a sense of the tension of the blood-weary empire lingering at the threshold of destruction or epiphany. One conversation mentions "some offworlder guy" whose failed revolt caused the authorities to "put him on a stake in the middle of the city." The turbulent history of zealots and slave revolts and crucifixions in the centuries encompassing the time of Christ is succinctly evoked. Although the plot doesn't very easily lend itself to deeper meanings or hidden references, the plot and setting stand in the cultural trappings of the Passion narratives, offering a meditation on the phenomenon of radically unjust suffering.

Part of the injustice of Dania's suffering is her abuse at the hands of bad father figures. Her femininity stands quietly at the forefront of the story, a part of every abusive interaction. Not every male in the story is necessarily shown to be abusive, but every abuser in the story happens to be male. While neither dialog nor narrative belabor the point, the reality of the gender dynamic is so prominent that it can't be dismissed. In one sense, Dania could be interpreted as a sort of feminist hero figure, although probably a fairly unsophisticated one.

Dania's characterization is somewhat limited by the expectations grafted on to her role as the brutal sword-and-sorcery protagonist and as the suffering woman champion. Her viewpoint seems consistent throughout, and we are clearly shown how she has come to make her grave decisions. Tenacity is her defining trait. The way that Dania's tenacity is depicted in the plot arch from its gentle manifestation in her childhood to its later morbid survivalism gives the characterization much more complexity than it could have had without the background. However, it ultimately doesn't seem accurate to say that Dania is much more than an archetypal Sword Slinger and Woman Champion. That fact remains that Blood Song is tightly focused, and the meticulous depiction of Dania in those roles seems to be one of the few concerns that the novella addresses -- perhaps as its main unifying element.

As a short novella based completely on a longer epic's side character, Blood Song seems like an unlikely choice for readers looking for a fun adventure. Science fiction and fantasy fans who might thoroughly enjoy the depth in Bid The Gods Arise could be disappointed by the way Blood Song skims over its world. While the novella holds plenty of thematic depth, those looking for agenda-driven issues fiction or an emotional museum piece that makes you miserable and then happy to be feeling miserable will also likely be disappointed. Still, its smoothly flowing plot structure and logical characterization of its protagonist make it easily engrossing. The intricate depiction of unjust suffering is both interesting and empathetic.
Read more
One person found this helpful
Report abuse

David J. West
5.0 out of 5 stars Strength and Honor
Reviewed in the United States on 10 March 2021
Verified Purchase
This is a phenomenal novella following a young girls progress through slavery and the gladiatorial arena. Full of action and savage bloodshed it also has a lot of heart and great prose. This is a series and author to be reading. Recommended!
Read more
One person found this helpful
Report abuse
See all reviews
Back to top
Get to Know Us
Make Money with Us
Let Us Help You
And don't forget:
© 1996-2021, Amazon.com, Inc. or its affiliates