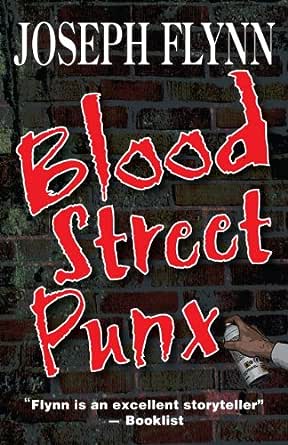 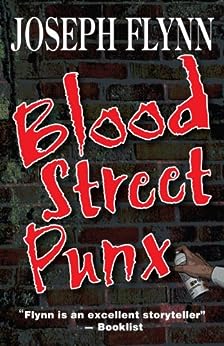 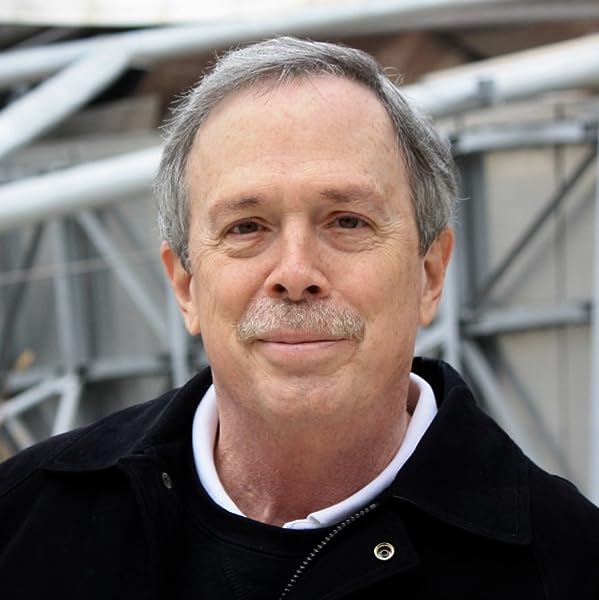 Donald Sabino
5.0 out of 5 stars Chicago's Finest
Reviewed in the United States on 13 March 2011
Verified Purchase
This is the story of five privileged, WASP-like, and artistically gifted Chicago teenagers posing as non-existent street gang members. Hoping to achieve artistic acclaim and recognition of their talents, they chose to make their mark by tagging graffiti on various ghetto neighborhood buildings. At first, they only achieve recognition by the Chicago Police Department for criminal trespass and defacing private property. Unfortunately, the real street gangs take issue with anyone "invading" their neighborhoods. The race is on to locate, seriously harm and eliminate the Blood Street Punx.

Along the journey, the BSP "adopt" underaged, street-wise Latino Nelson Ruiz who, along with family members, is on the local gang's hit list. Close on the track of the gang is Chicago Police Department's Detective Sgt. Diane Mackey who herself is on the Police Department's "shun list," compliments of sexual harassments by a higher ranking and vengeful officer. Will the BSP enlist two more gang members?

It took me a while to get into this novel because I initially found it to be a lame story line consisting of five young men from wealthy families playing street gang members getting into real trouble. However, there are several other real and interesting story lines. After twenty percent through the book, it was hard to put down. Joseph Flynn is one hell of a story teller. I had to keep telling myself that the book is fiction. BSP explores several story lines within the novel: BSP's respective parents; Chicago streets at night; Det. Mackey's neighbors/co-workers; her on and off again relationship with her uber-wealthy boyfriend Jeff Reid; Nelson's troubled family members, one of whom is in the Federal Witness Protection Program; and of course, many corrupt political and police officials. I particularly enjoyed Internal Affairs Detectives Andy Lowell and Ernie Griggs, they made me smile of my past in a different life. This is the fourth novel I've read by Mr. Flynn but only my second book review. I asked myself why I found this book to be special and so unlike "The President's Henchman." (Although, both books had Amazonian, strikingly, handsome law enforcement women.) I concluded two days after reading BSP, it is simply because the book is so well written.

Remlie
5.0 out of 5 stars A new form of mystery and adventure.
Reviewed in the United States on 25 August 2013
Verified Purchase
Wow! Talk about a refreshing new look at gang crime, violence and drugs. This one has it all, but in a way that doesn't make you want to go take a shower after reading the book. Rich kids and gang-bangers mix it up in a way that lets the gang-bangers bang away without getting the heroes bloody ... Read it, and see if you don't agree that this is a really refreshing look. There is also a very good postulation that if the drug supply dried up, and sources were eliminated, the gangs would wipe each other out stealing the remaining drugs back and forth until there was no more to steal. (Maybe then the remaining hoods would have no choice but to openly go into politics!)
Read more
Report abuse

Anne Dougherty
5.0 out of 5 stars This guy is amazing!
Reviewed in the United States on 3 November 2011
Verified Purchase
One book after another, Joseph Flynn just keeps the hits coming. This one follows five privileged, artistically talented kids from Chicago's Gold Coast who start painting murals around town, posing as a fictitious gang, the Blood Street Punx. They hope to make their mark as artists so they won't have to follow the career paths their parents have mapped out for them.

People do take notice, but not the way the BSPs expected. Local gangs see the murals as a threat --some new gang plans to invade their turf. When one gang's drug supply is destroyed, it's tied to the Blood Street Punx and war is declared.

Then a Chicago cop gets involved. Her nickname is Lady Die, and she's assigned to track down the Punx. With the cops and the gangs after them, it's great fun to watch and see what transpires. As usual, engaging characters, great location, and a plot that keeps you reading for hours. Another thoroughly enjoyable read from Joseph Flynn. This guy is amazing!
Read more
Report abuse

Michelle V
4.0 out of 5 stars Love ALL Flynn!
Reviewed in the United States on 26 January 2015
Verified Purchase
The ONLY thing that left a sour note in this book was a ridiculous and unnecessary sex scene with Nebly. It was so out of place I gave this book 4 instead of 5 stars.

I believe Flynn can write anything. I fell in love with The President 's Henchman series. But everything else is just as good. STILL COMING, HOT TYPE and BLOOD STREET PUNX. I still have a few more of his books to read and I look forward to next great adventure.
Read more
Report abuse

Janet F.
5.0 out of 5 stars I like most of Joseph Flynn's work
Reviewed in the United States on 10 October 2014
Verified Purchase
I like most of Joseph Flynn's work. His mind finds a quirky plot line and runs with it. I think he tells a rousing good story. I am an artist, so I could relate to ego driven impluses in the story. Well, not the money part. I just wish I could relate to that. It is a fantasy world where the good guys wear white hats, there is misguided innocence, a chance at redemption and the evildoers always get their comeuppence. Hey, that is my fantasy world, too!
Read more
Report abuse
See all reviews
Get FREE delivery with Amazon Prime
Prime members enjoy FREE Delivery and exclusive access to movies, TV shows, music, Kindle e-books, Twitch Prime, and more.
> Get Started
Back to top
Get to Know Us
Make Money with Us
Let Us Help You
And don't forget:
© 1996-2020, Amazon.com, Inc. or its affiliates